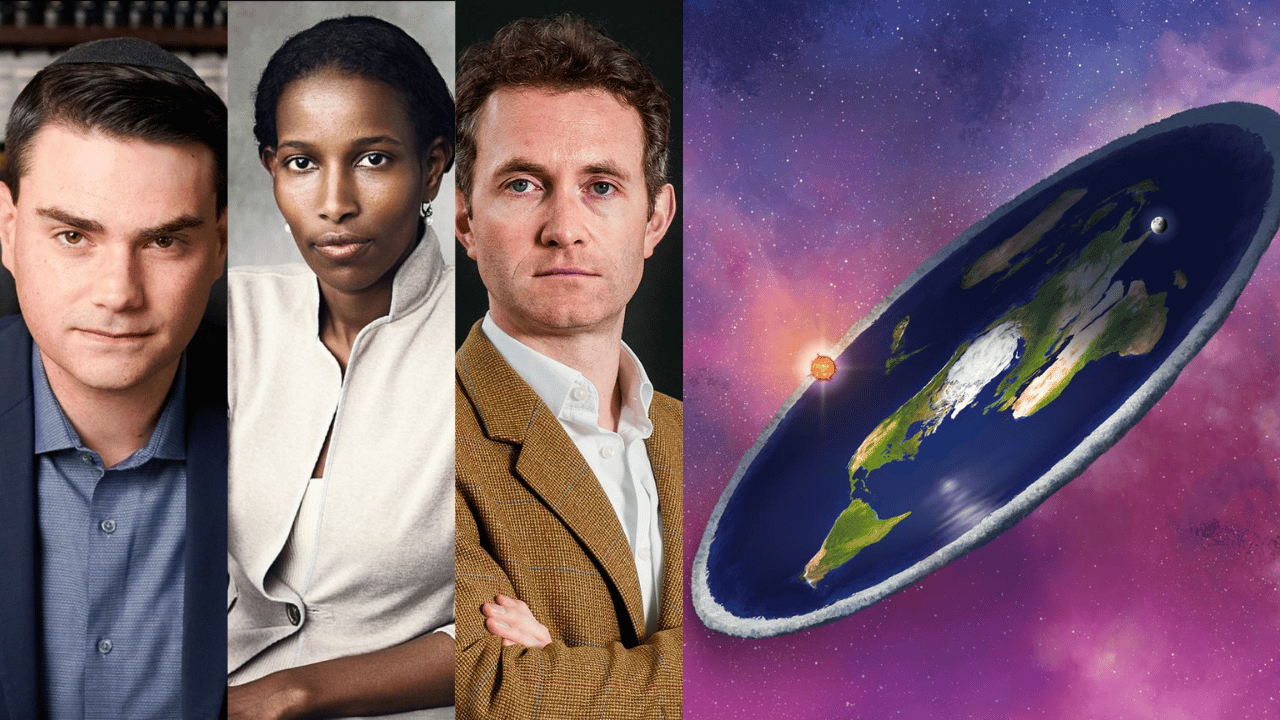 Douglas Murray, the author of Neoconservatism: Why We Need It, claims:

Neoconservatism is not a cabal or a party, but rather a sense, an instinct, a way of looking at the world. That way of looking at the world is, in my definition, a blend of idealism and realism. We look at the world as it is, but act in the world to make it as we would like it to be. This makes our instincts different from traditional conservatives who often distrust social engineering projects or any form of alteration of a status quo they perpetually see as being an irreversible if often quietly enjoyable decline.

These are not defining characteristics of neoconservatives. Communists, fascists, minarchists, libertarians, and conservatives would have no trouble saying that they have goals in mind and that there are realities that also must be dealt with. As a libertarian, I hold the ideal that the principles of self-ownership and voluntary contracts are worth striving for. I also recognize the reality: that many people believe that other people (i.e., the state or collective) own your body, and that voluntary contracts are exploitative.

Murray also leaves out the small fact that in the pursuit of their alleged goals, neoconservatives often justify slavery in the form of military conscription and murdering civilians with bombings and blockades.

The Unrealistic and Unideal

To the Neoconservative I ask:

When, if ever, would another country be morally justified in bombing British or American citizens and forming blockades around our countries to starve us?

Has the war on terrorism decreased the number of Al-Qaeda members or international terrorists since 2001?

Have countries like Afghanistan, Libya, Syria, Iraq, Somalia, Pakistan, and Yemen been “stabilized” or democratized?

As a result of these interventions, are America and her allies stronger nations with more international respect?

If the National Socialist violation of Polish independence was a crime worthy of waging war in 1939, why was Poland given to Joseph Stalin in 1945?

Did Britain’s 1914 declaration of war on Germany stabilize Europe?

It’s as though the Neoconservative has never stopped to think about costs, downsides, or unintended consequences of these policies. It turns out that politicians who are commonly seen as self-interested liars who will say anything to get elected are also untrustworthy when it comes to waging wars.

The 21st Century Opportunity to Lead the World

In July of 2021, Ayaan Hirsi Ali used her credentials as a former Muslim to debate at FreedomFest.  Ms. Ali says:

…I read Bin laden. They’re not saying they’re acting the way that their acting because bombs are dropped on them… If they were saying, ‘It’s because of American foreign policy, it’s because of the bombs,’ I would be the first one in line to say, ‘Well, it’s very easy, we stop bombing, they stop attacking us, and they stop oppressing their people…’ This is a fact… Let’s read bin Laden together, let’s read al Qaeda together.

This is unequivocally false. Two sources using Bin Laden’s own words will suffice for now, but if you’d like 23 examples, see my video response to Ms. Ali.

Then the fighters realized that the gang in the White House could not see things clearly, and that their leader (that idiot they obey) was claiming that we envied their lifestyle — when the truth, which this Pharaoh would like to hide — is that we are attacking them because of their injustice toward the Muslim world, and especially Palestine and Iraq, as well as their occupation of the land of the two sanctuaries. When the fighters saw this, they decided to come out of the shadows and take the fight into their territory, into their homes.

The youth hold you responsible for all of the killings and evictions of the Muslims and the violation of the sanctuaries carried out by your Zionist brothers in Lebanon. You openly supplied them with arms and finance. More than 600,000 Iraqi children have died due to lack of food and medicine, and as a result of the unjustifiable aggression (sanctions) imposed on Iraq and its people. The children of Iraq are our children. You, the U.S., together with the Saudi regime, are responsible for the shedding of the blood of these innocent children. Due to all of that, whatever treaty you have with our country is null and void. It is a duty now on every tribe in the Arabian Peninsula to fight jihad in the cause of God and to cleanse the land from those occupiers… In 1304 A.H. (1936) the awakened Muslim nation of Palestine started their great struggle, jihad, against the British occupying forces… Terrorizing you, while you are carrying arms on our land, is a legitimate and morally demanded duty.

– Declaration of Jihad Against the Americans Occupying the Land of the Two Holy Sanctuaries (from Jihad: Bin Laden in His Own Words, Declarations, Interviews, and Speeches by Brad K. Berner; Peacock Books: 2006), p. 45, 55, 56.

In October of 2001, George W. Bush rejected the Taliban’s offer to hand Osama Bin Laden over to America in exchange for evidence of his guilt. The war in Afghanistan could have been avoided. Instead, NATO declared Article V (war) for the first time in its history. Thousands of civilians were murdered, thousands of American soldiers dead or permanently dismembered, thousands with PTSD, trillions of dollars wasted, and America was humiliated watching the Taliban seize Kabul 11 days after the war ended, collecting American weapons left behind.

Even after George W. Bush’s State of the Union address in which he lied about Nigerien Uranium being sold to Saddam Hussein for the purposes of mass weapon manufacturing, neoconservatives still supported the invasion of Iraq. Likewise, when Vice President Cheney lied, pushing the fabricated Mohamed Atta meeting with Iraqi intelligence in Prague, and when Secretary Rumsfeld lied about WMD, claiming that “we know where they are, they’re in the area around Tikrit and Baghdad and east, west, south, and north some…”

If the wars are so clearly justified and in our interest, why do politicians constantly lie without apology?

Neoconservatives had the power and they blew it. They were emphatically wrong about the issue they chose to put front and center in the 21st century.

For all that is holy, may the often-wrong-but-never-in-doubt neoconservatives please sit out the discussion on Russia/Ukraine and leave it to John J. Mearsheimer, Patrick J. Buchanan, and Ted Galen Carpenter.