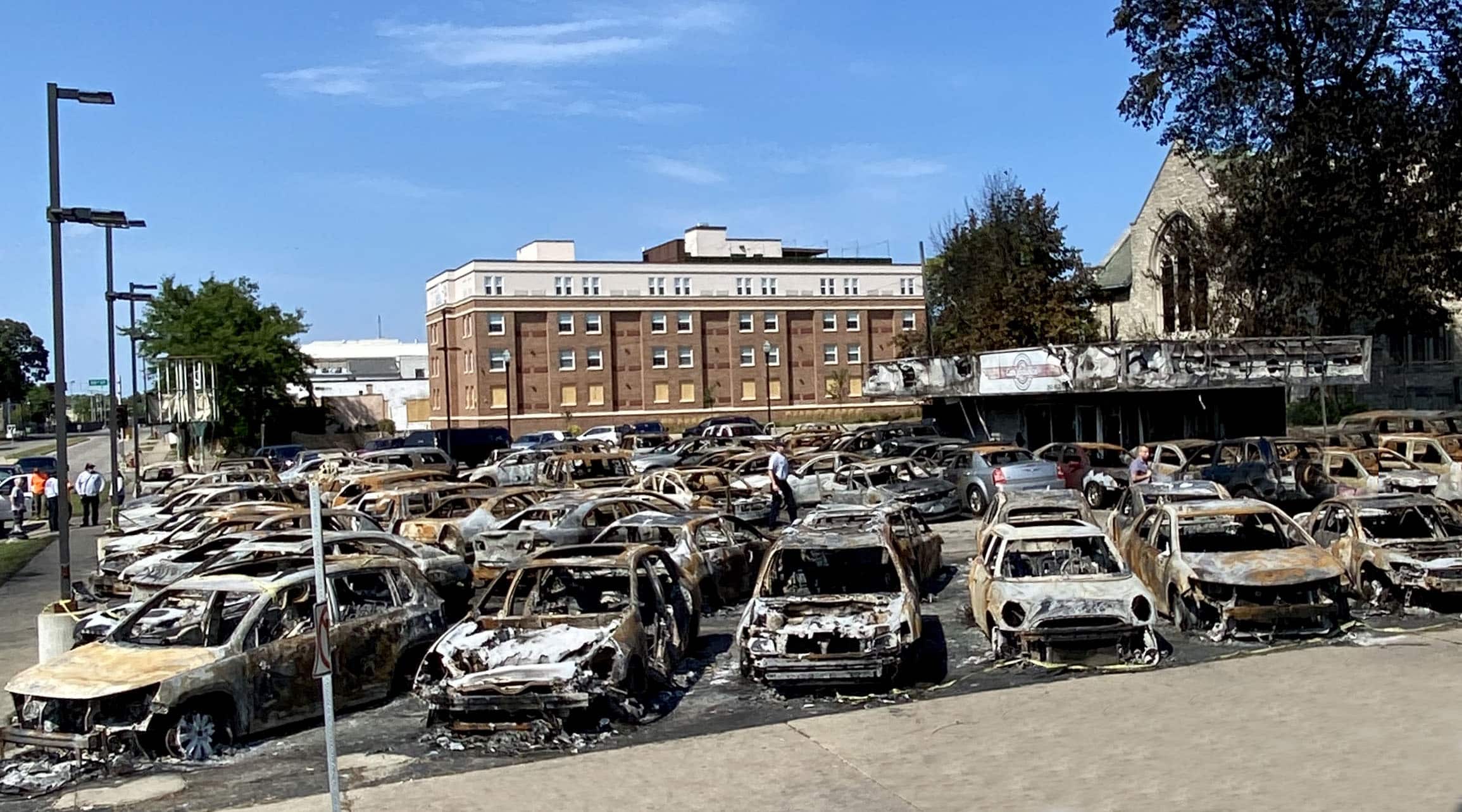 Serious violence unfolded in Kenosha Tuesday night during protests over the shooting of Jacob Blake. The violence mentioned below, however, was not between police and protesters. It was captured on video and it was between citizens. Two people were killed and a third victim was taken to hospital with non-life threatening injuries after shooting began in a residential area of the city. Some of it was captured on video.

Much of the violence took place in the area of 63rd Street and Sheridan Road in the city, where eyewitness video purports to show heavily armed civilians defending local businesses from suspected looters and arsonists.

Police say they have no details about the shootings, but videos of some of the shootings and the aftermath were all over Twitter Wednesday morning.

Green shirt guy. Looks like he may have medic markings on his bag. pic.twitter.com/GmtobGr14B

Many of the individuals who were heavily armed were claiming to be there to protect private property from those who have been laying waste to the city over the past several days. This is a theme that plays out time and again during protests, up to and including the LA riots when the Korean neighborhoods defended themselves with gunman on rooftops.

The gunman in the video above was filmed before that shooting, describing himself as one of these folks. Prior to shooting, the gunman said he was there to protect the property of citizens.

We do not know what happened prior to the video above, so we will reserve judgement. We do see several people chasing him down and then jumping on top of him before he opens fire. However, we do not know if he provoked the attack.

As the following video shows, however, several BLM activists and other militia-style citizens were discussing what could’ve set this off and their answer was shocking—the cops.

As the video below shows, BLM activists and several armed men who were their protecting property are having a cordial discussion about what unfolded that night.

These two groups, who the media says are supposed to be enemies, were not at war with one another. Instead, they were figuring out why things became so violent.

“We fully support what you all are doing out here tonight,” the militiaman says to the BLM acivtist.

The BLM activist who was confirmed to be filming was telling the militiaman that they “left the city open,” in an apparent attempt to criticize the job they were doing “protecting private property.”

But the militiaman answered back, telling the man filming that this was extremely difficult, considering a business is on fire behind them.

“You know what the cops told us today, we’re gonna push em down by you, and you’re gonna deal with them, and we (the police) are gonna leave,” the AR-15 toting young man said.

Another AR-15 carrying man chimes in saying, “the second the shots were fired, I had to tell like six people it wasn’t from you guys (BLM).”

The video above is a brief clip of the much longer one below in which BLM activists and militiamen peacefully gather together to discuss what caused the violence and how to prevent it further. The interaction begins at the 20:00 mark.

With all the hatred and violence being doled out by all sides of the political and racial spectrum, videos like this one are quite heartening to see.