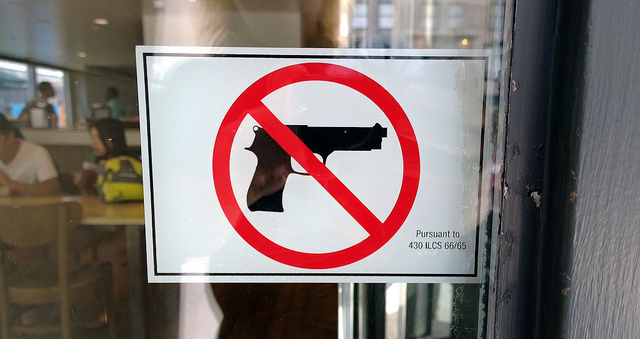 In a recent op-ed for The New York Times, Bret Stephens argues that America should repeal the Second Amendment.

The case is not a persuasive one; indeed, the article borders on self-refuting.

And yet, this understanding is rare among gun control proponents. To get around the constitutional question, they rely on a mix of creative interpretations. Unfortunately, these interpretations do not stand up to scrutiny. Worse, they pave the way for further expansions of the federal government’s power.

Many creative arguments have been put forth in an attempt to narrow the scope of the Second Amendment. Some argue that the Second Amendment only applies to the National Guard–an institution that did not formally come into existence until more than 100 years after the Constitution’s drafting. Others suggest that the amendment should only apply to the types of weapons that were in existence circa 1787–which were considerably less lethal than those that exist today.

The problem with these types of arguments is that they are ahistorical.

To see why, we must remember that the Framers of the Constitution had two major goals in mind. They wanted to correct the perceived problems of the Articles of Confederation, and, especially with the Bill of Rights, they wanted to guard against the types of oppression they encountered under British rule.

This latter goal occasionally resulted in very specific provisions that may sound unnecessary to a modern reader. For example, consider the Third Amendment, which guarantees that citizens will not be forced to house American soldiers during peacetime against their will.

We take this right for granted today. However, Americans alive in the late Eighteenth Century would have remembered the hated Quartering Acts of 1765 and 1774 that required the colonists to provide room and board for British soldiers. Accordingly, the Third Amendment was designed to limit the new American government’s ability to exercise this same power against the population.

Most Americans probably know the story of Paul Revere, who famously helped alert Americans in Lexington and Concord that the British troops were coming toward their towns. What was the purpose of these British troops? They were trying to seize the weapons stores of the colonists in those cities.

In other words, the first formal battle of the Revolutionary War literally started with a British gun control exercise. It was less than successful.

Given this historical context, it is not hard to understand why the Second Amendment was created. And at the time, it clearly would have applied to military-grade weapons.

It is easy to understand why gun control proponents usually argue for a limited interpretation of the Second Amendment instead of arguing for outright repeal. The threshold for amending the constitution is much higher than the threshold for passing a regular piece of legislation.

The clear downside of this approach, however, is that it further expands federal power in potentially unpredictable ways. The federal government, and especially the Executive Branch, already has a long and storied history of interpreting the laws in spurious ways that dramatically expand their own power. They don’t need extra help toward this end.

If the government adopts a narrow reading of the Second Amendment, what’s to stop it from adopting a similarly narrow interpretation of First Amendment protections of free speech and the press? We do have a president that frequently criticizes the press and protesters. What about the Eighth Amendment protections against cruel and unusual punishment? We do have a president that has openly praised torture.

We can’t know what President Trump (or his predecessors) would do if he had even fewer checks on his power than exist now. Personally, I’d prefer not to find out.

When discussing constitutional questions, it is useful to note the difference between constitutionality and good policy. The two often overlap, but they do not have to. The Constitution lays out what types of policies the government can implement and what procedures it must follow to do so; it does not tell us whether such policies are a good idea.

This important distinction is often forgotten. It leads gun control proponents to make novel interpretations of the Second Amendment in order to present their ideas as constitutional. This is incorrect and dangerous, as we have seen. It’s also unnecessary.