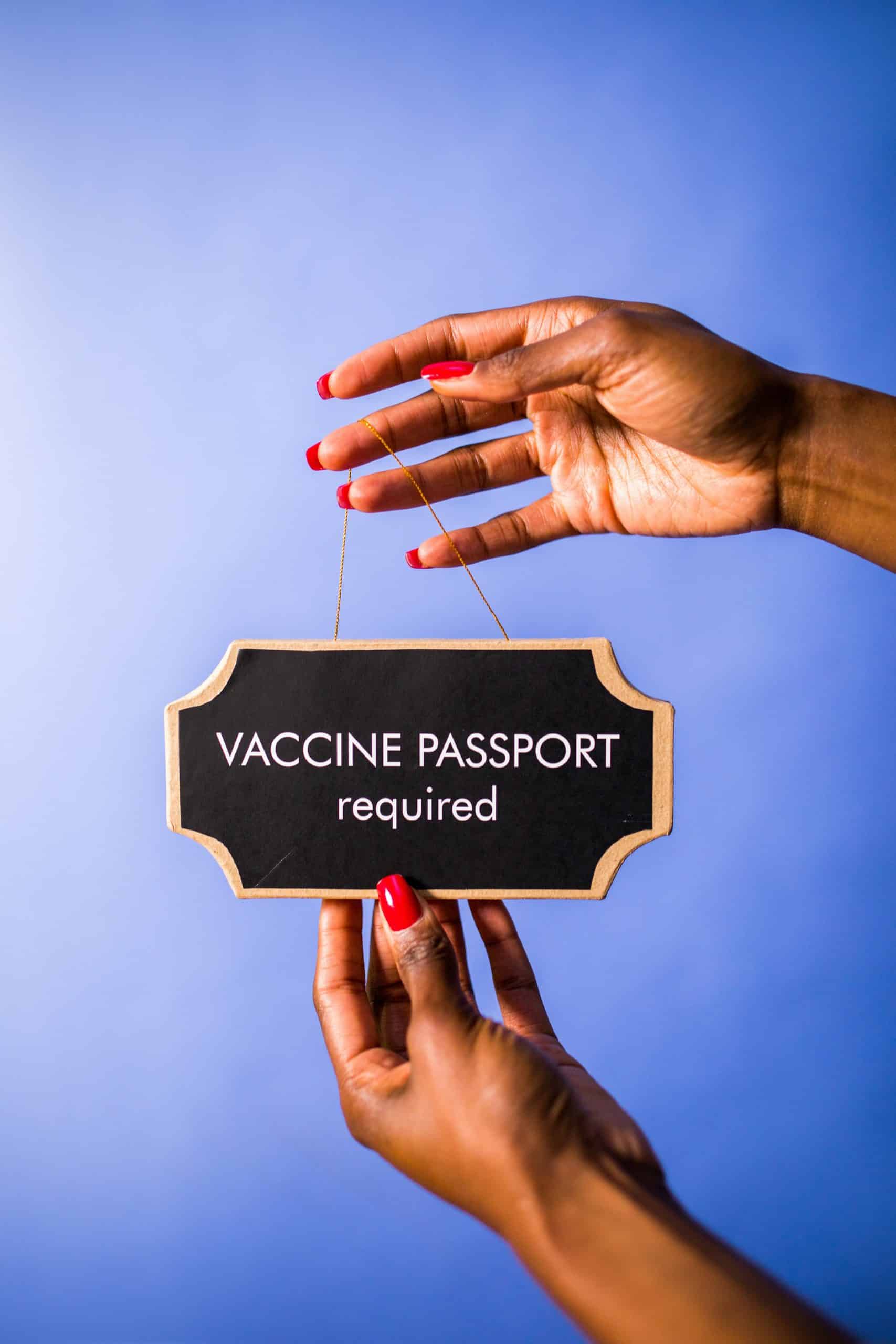 Earlier this month, the conservative magazine known as The Spectator published an article with the absurd title “The Libertarian Case for Vaccine Passports.” The online version now bears the title “Vaccine Passports Are a Ticket to Freedom,” but the physical print version is perhaps more descriptive of what the author is trying to do.

The author, a former Conservative politician named Matthew Parris, apparently believes that the forever lockdowns are an inescapable feature of reality, and that the only way around them is for the regime to enact a vaccine passport scheme. For Parris, covid lockdowns are just a force of nature, like gravity. Now, if only we could find a way to get around these nature-imposed lockdowns!

By now the flaw in Parris’s logic should be clear. There is nothing natural or inescapable about lockdowns. They are an invention of the state. They are so unnatural, in fact, that they require the use of the state’s police powers to enforce them. They require policemen, handcuffs, courts, prisons, and fines to ensure they are followed. Those who ignore this supposed “force of nature”—and these scofflaws are many—must be punished.

All of this escapes Parris’s notice, however.

For example, his article begins this way:

In principle I’m in favour of vaccination passports, and don’t understand how—again in principle—anyone could be against the theory….

In other words, Parris’s position—in his mind, at least—is so correct and so commonsensical that he can’t even comprehend how someone would disagree with him.

This, of course, is always a highly suspect way to begin an article. Any intellectually serious political commentator, if he tries a bit, can at least imagine why others might disagree with him. After decades in government, however, Parris is so enamored of the idea that the regime ought to control your every move that any another option is apparently beyond the pale of rational thinking.

To me it seems not just sensible and fair but obvious that access to jobs or spaces where there is an enhanced risk of viral transmission might be restricted to people who could demonstrate a high degree of immunity.

There is absolutely nothing libertarian about delaying the lifting of lockdown for everybody, just because it wouldn’t be safe for somebody.

Again, note the core assumption: the regime must tell you where you are allowed to go and what you are allowed to do. It is those dastardly libertarians who are the ones “delaying the lifting of lockdowns.” For Parris, politicians have been working hard to find a way that society can be set free. These noble policymakers discovered vaccine passports. At long last, people can be allowed to leave their homes. But those libertarians now stand in the way!

Unlike those libertarians, Parris assures us he is in favor of people leaving their homes and visiting each other in public gathering places. It’s just that his hands were tied before. There were no options available to him other than keeping you locked up. Now, dear taxpayer, won’t you let Parris and his friends set you free? They want you to be free. It’s just that there’s nothing they can do until you embrace vaccine passports!

If you’re noticing that Parris sounds a bit like an abusive husband, you wouldn’t be far off. Just as an abuser tells his wife, “See what you made me do!” after he punches her in the face for burning the toast, we see a similar attitude from the vaccine passport crowd: “You see what you’re making me do? I want to let you out of your house, but you refuse to submit to our oh-so-libertarian passport system!”

Yet Parris is not alone in this sort of thinking. Many others continue to advocate for vaccine passports as some sort of profreedom scheme. Passports are being framed as an “easing of restrictions.”

But, as epidemiologist Martin Kulldorff and Stanford physician Jay Bhattacharya pointed out this month in the Wall Street Journal, there is nothing in the passport scheme that is geared toward lessening regime control of our daily lives. On the contrary, it is all about extending and increasing regime power. Kulldorff and Bhattacharya write:

The idea is simple: Once you’ve received your shots, you get a document or phone app, which you flash to gain entry to previously locked-down venues—restaurants, theaters, sports arenas, offices, schools.

It sounds like a way of easing coercive lockdown restrictions, but it’s the opposite. To see why, consider dining. Restaurants in most parts of the U.S. have already reopened, at limited capacity in some places. A vaccine passport would prohibit entry by potential customers who haven’t received their shots….

Planes and trains, which have continued to operate throughout the pandemic, would suddenly be off-limits to the unvaccinated….

The vaccine passport should therefore be understood not as an easing of restrictions but as a coercive scheme to encourage vaccination….

Naturally, the regime claims this is all “required” by “science,” but

[t]he idea that everybody needs to be vaccinated is as scientifically baseless as the idea that nobody does. Covid vaccines are essential for older, high-risk people and their caretakers and advisable for many others. But those who’ve been infected are already immune. The young are at low risk, and children—for whom no vaccine has been approved anyway—are at far less risk of death than from the flu. If authorities mandate vaccination of those who don’t need it, the public will start questioning vaccines in general.

“Science” mandates nothing as a matter of public policy. Rather, it is policymakers—backed by the violent power of the state—who impose mandates. These are policy choices, not forces of nature. Moreover, as Kulldorff and Bhattacharya note, these aren’t even prudent policy choices, and are based on questionable conclusions wrought from scientific data. The authors continue:

Most of those endorsing the idea belong to the laptop class—privileged professionals who worked safely and comfortably at home during the epidemic. Millions of Americans did essential jobs at their usual workplaces and became immune the hard way. Now they would be forced to risk adverse reactions from a vaccine they don’t need. Passports would entice young, low-risk professionals, in the West and the developing world, to get the vaccine before older, higher-risk but less affluent members of society. Many unnecessary deaths would result.

But we know how the regime will justify mandatory vaccine policies to themselves should some be injured by adverse reactions. “We had no choice!” the politicians will insist. “Science forced our hand!” This is a convenient way for politicians to weasel out of responsibility for forcing much of the population—much of it a low-risk population—into submitting to certain state-mandated medical procedures. But lest we take too cynical a view, it’s entirely possible these people are true believers. Like Parris, the policymakers forcing these policies on citizens and taxpayers might not be able to comprehend any other course of action. This level of moral certitude is a certain privilege of the ruling class, and it certainly has nothing to do with “science.”