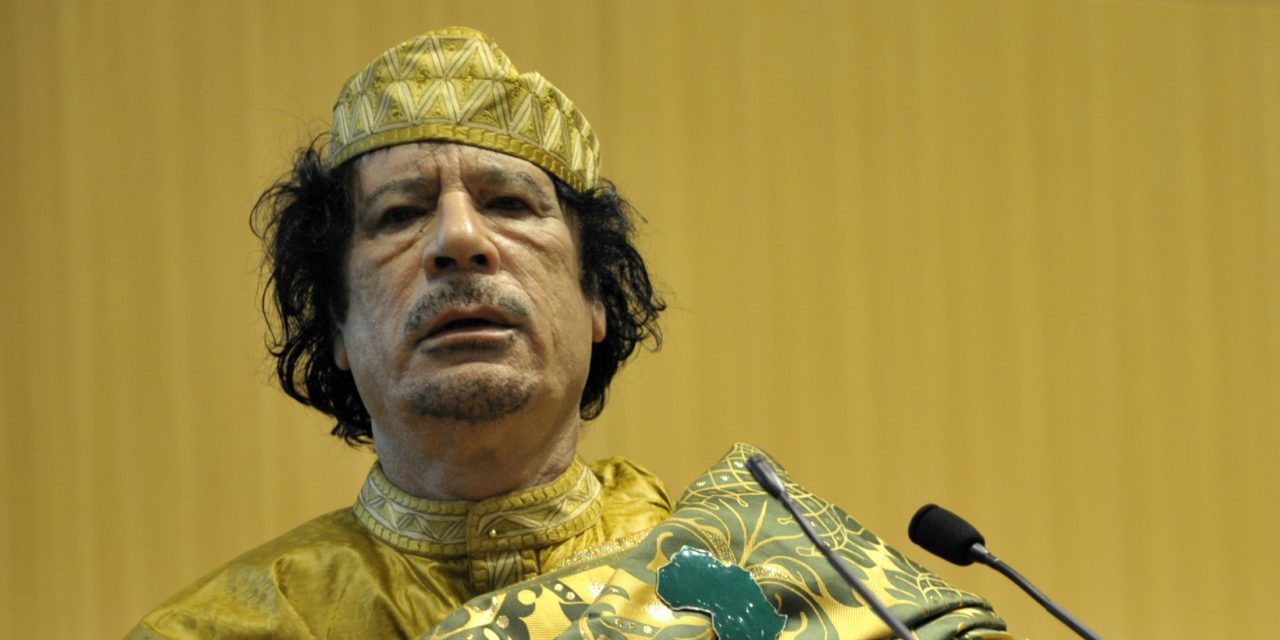 In a New York Times news analysis (4/29/18) examining how the overthrow of Libya’s Moammar Gadhafi after he agreed to halt his nuclear program might influence North Korean thinking about disarmament, the Times’ Peter Baker writes that “President Barack Obama and European allies launched military action against Libya in 2011 to prevent a threatened massacre of civilians.” Later, Baker recounts that Gadhafi “vowed to crush his opponents, including civilians, prompting Mr. Obama and European allies to intervene to stop him.”

But did Gadhafi actually threaten to massacre civilians? A radio broadcast by the Libyan leader in which he declared he would show “no mercy” in the rebel stronghold of Benghazi was offered as justification for the UN Security Council vote that authorized “all necessary measures” to protect Libyan civilians. “Gadhafi Vows ‘No Mercy’ as UN Eyes Action,” was how AP  (3/17/11) reported on the Security Council deliberations.

But when the New York Times (3/17/11) itself reported on the speech, it described it as a threat against rebel combatants, not against civilians: Gadhafi “promised amnesty for those ‘who throw their weapons away’ but ‘no mercy or compassion’ for those who fight,” the Times’ David Kirkpatrick and Kareem Fahim reported.

Read the rest at FAIR.org.