On Tuesday, Antiwar Voters Might Decide the Presidential Election

On Tuesday, Antiwar Voters Might Decide the Presidential Election 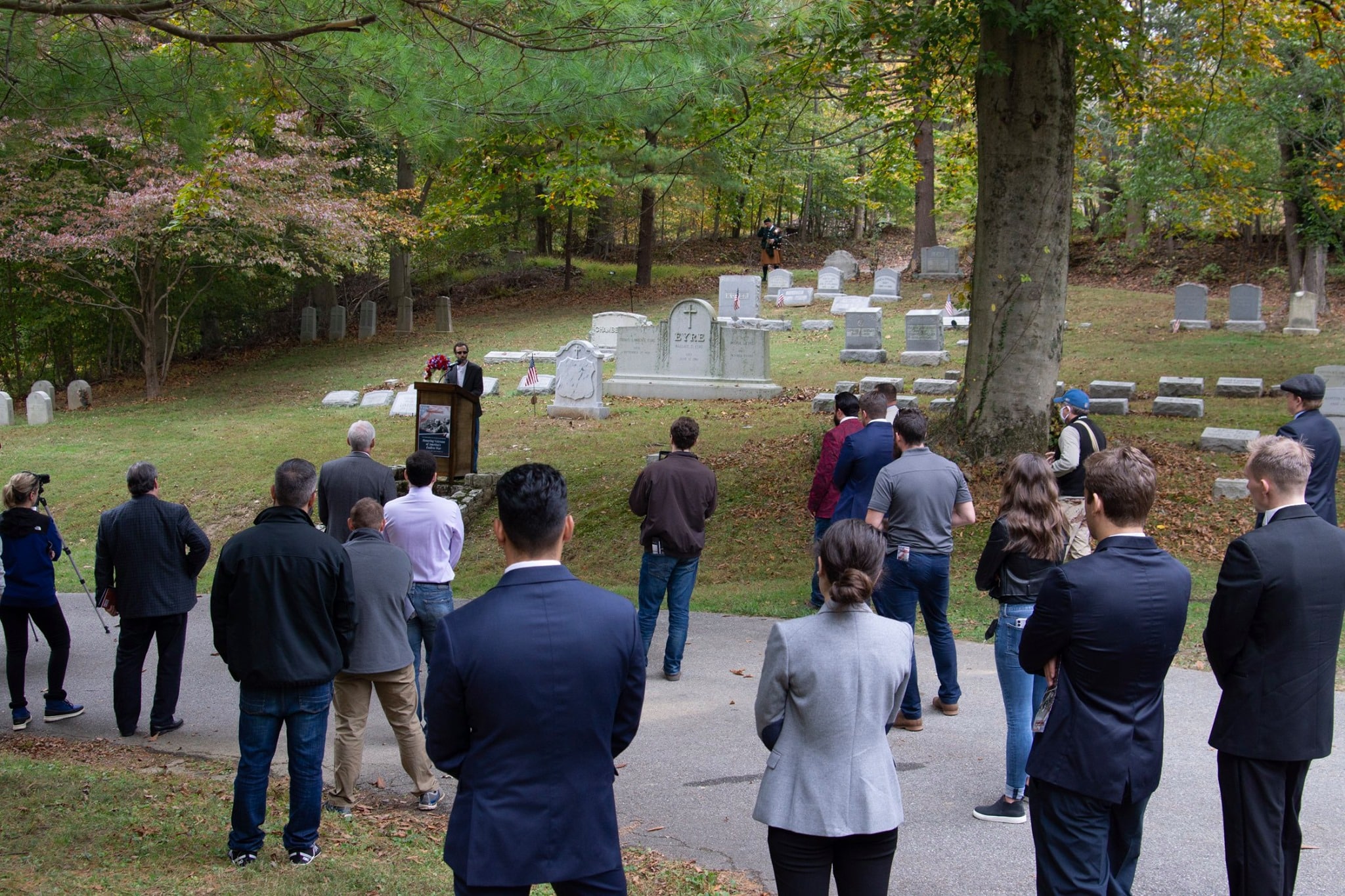 On Monday [two weeks ago], on the 19th anniversary of U.S. soldiers hitting the ground in Afghanistan, dozens of people gathered in West Chester, Pennsylvania, with the goal of ensuring that our men and women in uniform won’t be in Afghanistan for another anniversary.

The event was organized by the conservative veteran’s organization Bring Our Troops Home, founded in January 2019 by former Sgt. Dan McKnight, who served 10 years in the Idaho National Guard with an 18-month tour in Afghanistan, the organization advocates a military withdrawal from “endless wars” in the Middle East and a requirement that all future wars be declared by Congress, as mandated by the Constitution.

The borough of West Chester, the county seat of suburban Philadelphia’s Chester County, was selected for the event because it was the home and final resting place of Marine Major General Smedley Butler, who, at the time of his death in 1940, was the most decorated Marine in U.S. history. Following a distinguished career – where he saw action in World War I and Central America and served a brief stint as Philadelphia’s chief of police – the two-time Medal of Honor recipient spent the last decade of his life as an antiwar advocate and lecturer. Butler is best-remembered today as the author of the 1935 book War is a Racket.

They were joined at the podium by the Republican nominee for Pennsylvania’s 6th congressional district, John Emmons. “In order to commit troops someplace, the Congress needs to declare war. So that’s one thing we’re here to reinforce today,” Emmons said in an interview. “Here we are, nineteen years later, and we’re still trying to extract our troops from Afghanistan. I’m certainly in support of that, and what’s curious is that there’s people in Washington who have been fighting President Trump to bring the troops home, including my opponent [Democratic Rep. Chrissy Houlahan].”

Mark Griego, a Villanova University student who served five years in the Marine Corps, was unfamiliar with Bring Our Troops Home before the event. “I think that what they’re fighting for, considering that they’re focusing on the whole bipartisan aspect is really important, it’s more about America, and keeping America whole and one. I think it’s really good what they’re doing with that,” he said.

Also in attendance was Rich Schwartzman, a Philadelphia native who served in the Air Force from 1968 to 1972 and was deployed to Thailand. His message to Washington was clear. “Follow the Constitution,” he said. “I can’t even name all the places we have troops right now, fighting. None of it is constitutional. And that is wrong.”

While most voters are motivated by domestic issues, such as health care and the economy, there remains a smaller, decisive number of Americans who will cast their ballot in November based on their opposition to continued U.S. intervention in the Middle East.

That was the conclusion of Professors Douglas Kriner of Boston University and Francis Shen of the University of Minnesota, whose 2017 study determined a positive and statistically significant correlation between a community’s casualty rate in the War on Terror and its support for Trump’s 2016 presidential campaign, in which the candidate promised to draw down the American military presence in Iraq, Syria, and Afghanistan. Recent polling has reinforced this judgment, including a 2019 Pew Research survey that found 58% of veterans believe the war in Afghanistan was not worth fighting, while 64% believe the same about the war in Iraq.

These numbers are particularly relevant for Pennsylvania, which, since 2001, has endured the third-highest casualty count among the states. That includes 301 U.S. military casualties, 47 members of the Pennsylvania National Guard killed overseas, and over 3,000 native sons of the Keystone State wounded in action.

“Our statistical model suggests that if three states key to Trump’s victory – Pennsylvania, Michigan, and Wisconsin – had suffered even a modestly lower casualty rate, all three could have flipped from red to blue and sent Hillary Clinton to the White House,” wrote Kriner and Shen.

Once again, Pennsylvania is a political battleground for Trump. Under his administration, while thousands of U.S. troops remain engaged in Syria, Iraq, and Afghanistan, military casualties are down significantly when with the tenures of his predecessors – 63 Americans dead in Afghanistan, compared to 630 under George W. Bush and 1,758 under Barack Obama.

Bring Our Troops Home, and the majority of veterans they represent will continue to speak out, organize, and lobby until those casualty rates are down to zero. Meantime, on November 3, we will find out if Trump has done enough to reap the political rewards of peace.

This article was originally featured at RealClearDefense and is republished with permission of author.

Hunter DeRensis is a former reporter at The National Interest and regular contributor at The American Conservative. He is assistant editor at the Libertarian Institute.