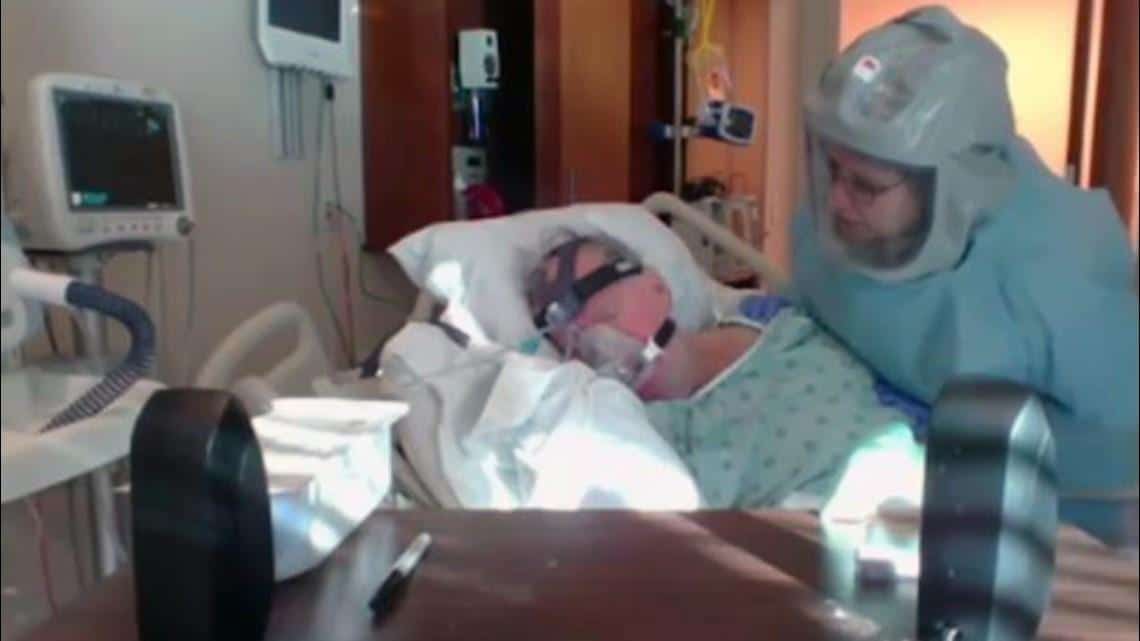 Aside from a few hotspots like New York City or Detroit, hospitals across the country are at such low capacities that many are laying off staff and seeing their bottom lines threatened during the current coronavirus pandemic.

For instance, in my home state of North Carolina it was reported “After hospitals and doctor’s offices across North Carolina canceled nonessential procedures and in-person appointments because of the coronavirus pandemic, many nurses and medical staff were laid off or had their hours reduced.”

“It’s definitely not the situation you might think would happen during a pandemic,” said North Carolina Nurses Association CEO Tina Gordon.

According to an April 14 article in The Guardian, “43,000 healthcare jobs were lost in March 2020” throughout the U.S, and “the HealthLandscape and American Academy of Family Physicians issued a report estimating by June 2020, 60,000 family medical practices will close or scale back, affecting 800,000 workers.”

An April 1 McClatchy article reported that hospitals “are now losing 40% to 50% of their revenue.” Meanwhile, the American Hospital Association, according to the Business Insider, “has sounded the alarm about the industry’s financial difficulties and said that quickly distributing funding from the CARES Act would help facilities keep their doors open.”

It is of course welcome news that hospitals have not been universally overwhelmed during the pandemic.

Some of the downturn in hospital finances is attributable to routine visits being cancelled amid stay-at-home orders along with delays in non-emergent procedures like hip or knee replacement.

The current situation does, however, help underscore a little-discussed cause of the nation’s rise in healthcare costs: unnecessary treatment.

According to the Institute of Medicine, “unnecessary tests, prescription drugs and medication, and extraneous procedures are one of the drivers of healthcare price inflation.”

Just how significant of a factor is unnecessary procedures and testing in the healthcare industry?

More than you may think.

According to a February 2018 report by ProPublica, “The waste is widespread – estimated at $765 billion a year by the National Academy of Medicine, about a fourth of all the money spent each year on health care.”

ProPublica described the waste as “one of the intractable financial boondoggles of the U.S. health care system,” in which tons of patients “get lots and lots of tests and procedures that they don’t need.”

“Women still get annual cervical cancer testing even when it’s recommended every three to five years for most women. Healthy patients are subjected to slates of unnecessary lab work before elective procedures. Doctors routinely order annual electrocardiograms and other heart tests for people who don’t need them,” the article continued.

The ProPublica report referenced a study by the Washington Health Alliance, a nonprofit dedicated to making care safer and more affordable, which found “almost half the care examined was wasteful.”

Shockingly, as reported in this Greenimaging.net article, “85 percent of doctors admitted calling for too many tests, 97 percent agreed to personally ordering unnecessary tests.”

Of the unnecessary procedures, the American healthcare system wastes $200 billion per year on unnecessary medical tests alone, according to the Lown Institute.

The Washington Health Alliance study further noted that much of the waste “comprised the sort of low-cost, ubiquitous tests and treatments that don’t garner a second look.”  But as Susie Dade, deputy director of the alliance and primary author of the report noted “little things add up. It’s easy for a single doctor and patient to say, ‘Why not do this test? What difference does it make?'”

Indeed, this question helps inform us why unneeded procedures and tests are so prevalent.

To the patient, such unnecessary tests and procedures typically make little or no difference financially.

Steadily rising government intervention into the healthcare industry over the past several decades has created a system in which roughly 90 cents of every healthcare dollar is paid for by a third party.

As noted in this 2017 study by the Mercatus Center at George Mason University, “In 1960, patients controlled how almost 50 cents of each dollar spent on health care was paid. That number is now down to just over 10 cents, with the rest controlled by third-party payers.”

Third-party payers include Medicare, Medicaid and private insurance coverage. Government programs of course require little to nothing financially from enrollees. Meanwhile, government mandates requiring health insurance plans cover an ever-expanding list of providers and procedures drives up premiums while driving down the cost to patients at the point of care. Patients come to view their insurance as a sort of pre-paid medical card. If I am paying $1,000 a month on premiums, I want to get my money’s worth from my doctor. If additional unnecessary procedures and tests cost very little or nothing on the margin, why not go ahead with it?

Moreover, because health insurance benefits are tax exempt for employers, the majority of people receive their health insurance through their job. Rather than individuals negotiating the benefits and premiums of their insurance coverage with their provider, employees are covered by plans negotiated between their company’s HR department and the insurance provider.

As a result of government intervention, patients are largely insulated from bearing any cost for wasteful unnecessary procedures and tests. At most, their out-of-pocket charge will be a nominal co-pay, while many procedures – especially if covered by Medicare or Medicaid – will cost them nothing at all.

The third-party payer system incentivizes mass amounts of wasteful and unnecessary healthcare spending. It costs the patient very little or nothing, while the doctors and hospitals can help pad their bottom lines by billing the government programs or insurance providers.

The current pandemic has put a halt to much of these unnecessary procedures as hospitals focus on coronavirus preparedness. And now hospitals are seeing their finances suffer significantly, revealing just how substantial a factor unnecessary procedures are to the rising costs of healthcare. The best way to significantly reduce such wasteful spending is to peel back the layers of government intervention that encourage it.