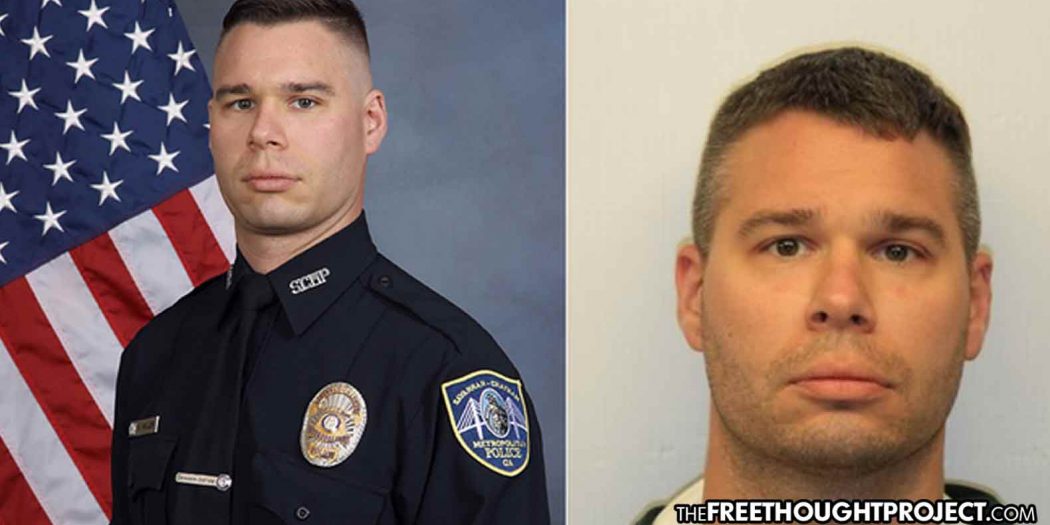 Imagine for a moment that your toddler is found screaming and crying in agony and bleeding from a puncture wound. You have no idea what happened so you pull out your phone to check your home surveillance system. Then imagine you find a video of your police detective neighbor abusing your toddler, and causing the puncture wound. For a family in Savannah who lives next door to Savannah Police Detective Vincent Miller, 32, this became a reality over the weekend.

Georgia Bureau of Investigation says it has arrested the Savannah Police detective for child abuse. The veteran detective was caught on the neighbor’s surveillance system abusing their 2-year-old child.

The GBI has arrested Savannah PD SVU Detective Vincent Miller, 32, and charged him with one count of first degree Cruelty to Children.  Miller was at a neighbor’s house when he was caught on camera physically abusing a 2 year-old child.

According to the limited but horrifying details of the arrest, the GBI says Miller “punctured the child with an unknown object.”

Savannah police were called out to the scene that night after the parents discovered the video and called 911. Due to the conflict of interest, the police department called out the GBI to assist in the investigation. Miller was subsequently arrested and charged with one count of first degree cruelty to children — a felony.

Making this case even that much more disturbing is the fact that Miller, who has been with the department for 7 years, is a detective with Savannah’s special victims unit, which investigates crimes of sex and abuse.

Had the suspect been someone else, it would have been Miller who conducted the investigation.

The department refused to go on camera to talk about the incident this week and instead released the following statement:

Savannah Police Department is launching an internal investigation following the recent arrest of an officer.

On May 15 officers were called to a Savannah residence regarding an SPD officer who had been involved in suspicious acts against a child. SPD responded and contacted the Georgia Bureau of Investigation immediately upon learning details of the claims made by the child’s parent. The GBI began an investigation resulting in the officer, Cpl. Vincent Miller, being arrested May 16 on a charge of cruelty to children – first degree.

Miller, 32, has been with the police department for seven years.

Miller is currently being held on bond at the Chatham County Detention Center. His court date is set for July 6.

If convicted, he could serve 5 to 20 years in prison.

While this case is certainly shocking, police officers abusing children—even very young ones—is no isolated incident. As we reported only weeks ago, two school resource officers were captured on video handcuffing and abusing a 5-year-old boy.

The incident took place last year but the footage from the officers’ body cameras was only recently released as part of a lawsuit brought on by the boy’s parents. In the video, police officers detain the boy because he allegedly acted out in school and then walked off campus.

Officers then used this as an excuse to berate, threaten, and verbally abuse the small child. His cries of fear and pain seemingly added fuel to their sadistic actions and the abuse continued until the boy’s mother showed up to end it.