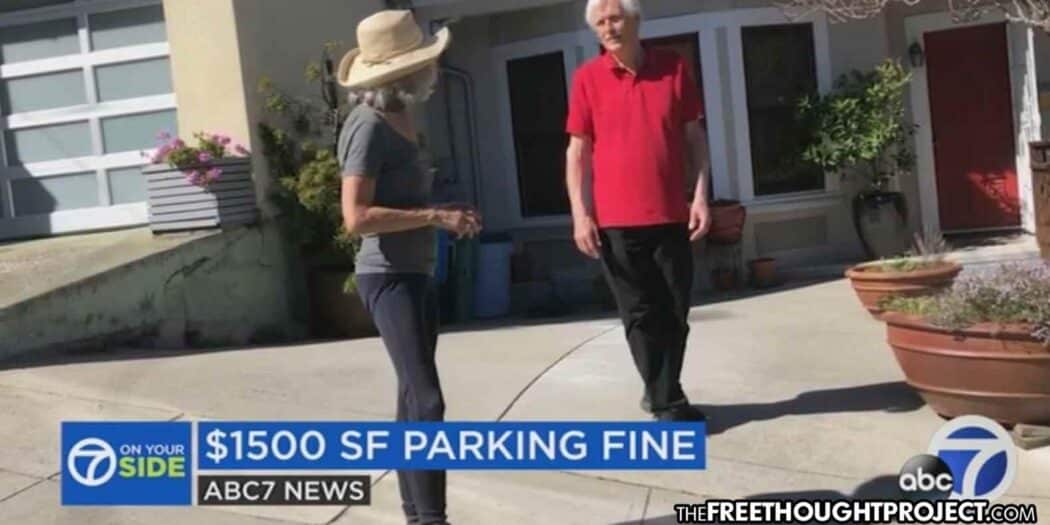 Things really seem to be going “uphill” in San Francisco. A couple from the city, who has parked in the same spot “every day for the last 36 years” was ticketed $1,542 for parking in their own driveway this month.

As many people do, the couple lives on a hill in a city where parking is always at a premium. The couple has been parking in the carpad in front of their house—which they say has been there since the house was built in 1910.

But now the city planning department is saying it is “illegal to park in the front yard of a house” and threatened further tickets should the couple—Judy and Ed Craine—continue to park where they have been.

“We always use the carport,” Judy told ABC 7 San Francisco. “Parked in that driveway every day and every night,” Ed added. “We got this email saying we can’t park in the pad anymore. I said what, that’s crazy.”

Judy continued: “It was very surprising, to say the least. I wrote them back saying I thought this was a mistake.”

But the city planning department confirmed the ticket. “And if we were found parking there again, it would be a $1,500 fine,” Judy added.

Ed asked: “Why are you taking away something that has great utility? To all of a sudden to be told you can’t use something that we could use for years. It’s, it’s startling. Inexplicable.”

The city planning committee then made the couple prove that parking there was a historic use on the lot, so the couple started digging. “We could be grandfathered in. If we show them a historical photo that showed a car… or a horse-drawn buggy in the carport,” Judy said.

And the couple came up with a photo from 1938 which shows a car or buggy pulling into his driveway. But the planning department told them the photo was too fuzzy and that it couldn’t be used as evidence.

Today, their carpad sits empty and the couple is forced to park on the hill. “The onus is on us to prove we’re innocent…though I don’t feel guilty,” Judy concluded.