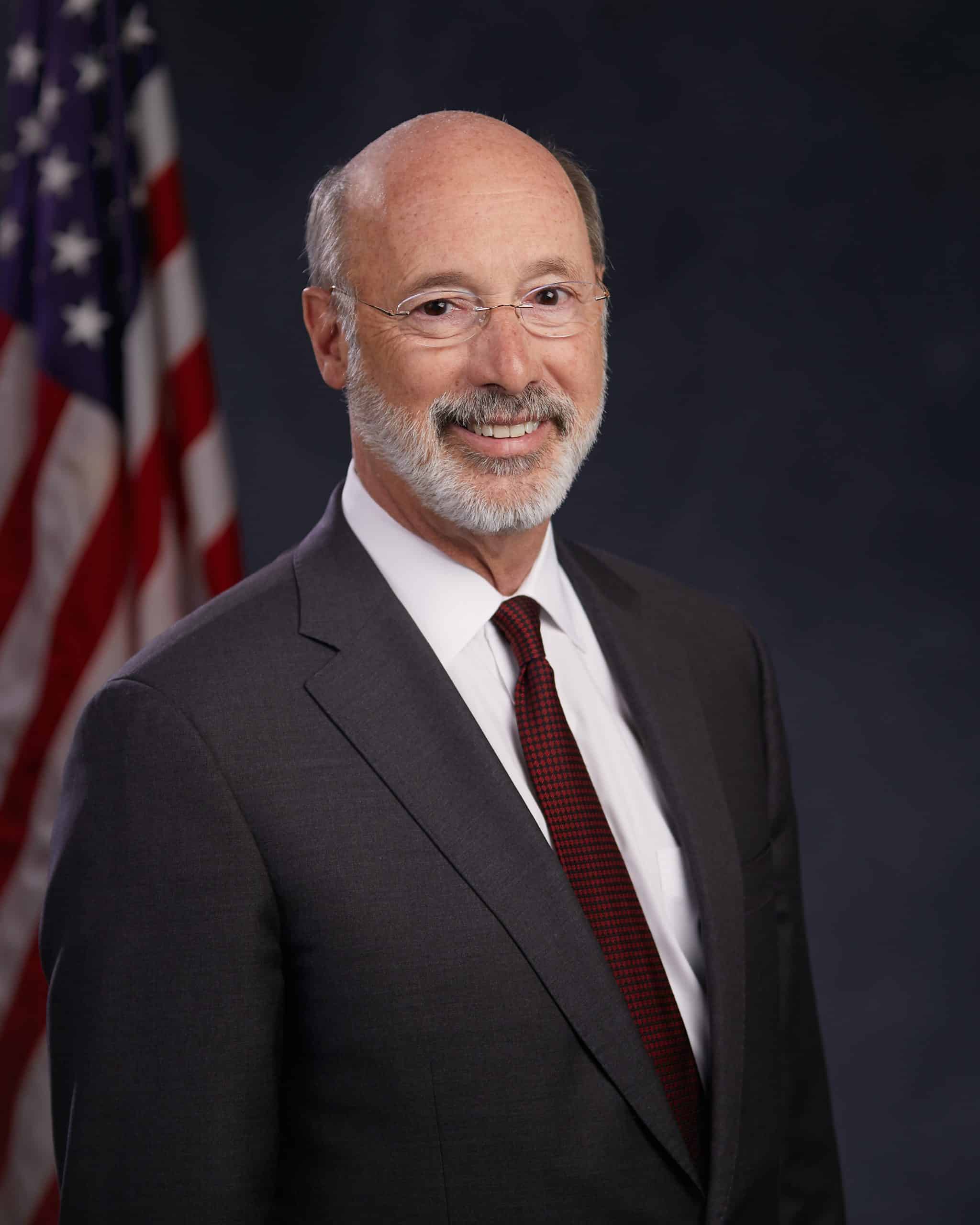 As in the rest of the country, life in Pennsylvania has been greatly disturbed by the COVID-19 pandemic and the chaos that has resulted from the state government’s attempts to handle the situation. On March 16, Governor Wolf ordered that all “nonessential” businesses be closed for at least two weeks. They are still closed today, and as a result, 1.8 million Pennsylvanians have filed for unemployment. At the end of December of last year, the state estimated that there were roughly 6 million employed persons in Pennsylvania. If we set aside all the workers whose incomes have been reduced through pay cuts or reduced hours, or who for various reasons have not filed for unemployment, still nearly a third of people who were working in December are now out of work.

Such an astounding figure is truly hard to comprehend, and its consequences likely haven’t been fully understood. It is therefore very understandable that Pennsylvanians around the commonwealth are eager to return to work and salvage the situation as much as possible before we are all left destitute. However, Governor Wolf, having assumed emergency powers, seems loathe to let that happen on anything other than his administration’s opaque and poorly understood timetable. Under the current plan, all counties are currently categorized as either red, yellow, or green, with red counties having the strictest restrictions and green ones allowing all businesses to reopen. By May 15, thirty-seven of Pennsylvania’s sixty-seven counties will officially become yellow zones. These counties will include nearly all of western and north-central Pennsylvania.

From the beginning, the entire shutdown process has been wracked with confusion over which businesses are essential and which ones need to apply for waivers to keep running. The waiver process has not been very transparent, and it is little wonder that the granting of a waiver to Wolf Home Products, the furniture manufacturer formerly owned by the governor, caused an uproar. As of May 10, the state had only processed 70 percent of the unemployment claims it had received.

There is not only confusion regarding the economic shutdown rules, but also over the public health approach as more and more data becomes available. On May 6, it was revealed to lawmakers during a phone briefing that of the roughly 3,100 virus deaths by that date, 68 percent had occurred in nursing homes and similar care facilities, that the average age of those who had passed was 79 (in a state where the average life expectancy is 78.5 years), and that 84.4 percent of the victims suffered from one to four comorbidities.

These shocking figures are even more tragic in light of the fact that the state’s aggressive plan for protecting nursing homes was never fully implemented. The state government’s incompetence is even more egregious considering the fact that the state health department issued a memo on March 18 stating that “Nursing care facilities must continue to accept new admissions and receive readmissions for current residents who have been discharged from the hospital who are stable….This may include stable patients who have had the COVID-19 virus.”

Although the administration apparently lacked the ability to enact their own plan for protecting nursing homes, Wolf did have the time to make sure to include radical progressive demands in his state recovery plan, such as an increase of the minimum wage to $12 which would be set to grow to $15 and an expansion of mandatory paid leave policies.

With such chaos, confusion, and incompetence in the background, it is little wonder that there is a growing sense of rebellion among both the inhabitants and local government officials throughout the state. All of southwestern Pennsylvania was declared free to move from red- to yellow-level restrictions on May 15 except for Beaver County. This exception, the county government believes, is largely due to the county’s stats being skewed due to a particularly lethal outbreak at a nursing home in the county that killed at least seventy-one residents. As a result, they declared that as far as the county government and law enforcement were concerned the county would be moving to yellow-level restrictions along with all of its neighbors on May 15. Local officials also pointed out that many residents who work in the surrounding counties will be free to travel in and out of Beaver to work, defeating the entire purpose of keeping the county locked down. This is not an insignificant number of people given that Beaver is part of the greater Pittsburgh area. What’s more, the district attorney announced that his office would not be prosecuting any violations of the shutdown orders and had advised all local police departments to not get involved in state enforcement orders.

This defiance was echoed by two other counties in the central part of the state, including Dauphin County, where the state capital of Harrisburg is located, whose officials released statements effectively saying that they would no longer participate in the enforcement of the red-level shutdown orders. The county sheriffs of two additional central counties also released statements saying that their offices would not participate in any enforcement activities. A few days later, these counties have been joined by an additional eight counties that are variously demanding that the state let them move on to the yellow phase or simply declaring that they are planning to do so. With nearly a third of the state now out of work, such rebellion is not surprising in the least.

Of course, Governor Wolf did not take such defiance lightly and unleashed a torrent of threats and abuse on the recalcitrant offenders, declaring that they had “decided to surrender to the enemy” and that they were “choosing to desert in the face of the enemy, in the middle of a war.” He then threatened to withhold any discretionary federal funds from any counties that rebelled, and then went even further, warning businesses that he would unleash the regulatory goons on them to make them bend the knee. Restaurants’ liquor licenses would be suspended, any business that reopened in defiance would no longer have business liability insurance, and they could risk losing certificates of occupancy and health certificates.

However, having already pushed thousands of businesses to the brink of extinction, it seems unlikely that Wolf’s threats have much persuasive power. The state simply doesn’t have the resources to hunt down every rebellious business owner, so at the worst, an owner is taking a gamble between going out of business for sure if the shutdown continues and facing regulatory headaches in the event that the state authorities actually manage to find out about it. Although the state department of health has set up a complaint form for people to inform on businesses, even state lawmakers have likened it to the East German secret police, and the form has reportedly been inundated with online trolls submitting bogus reports.

The situation in Pennsylvania is continuing to evolve, but it seems clear that Governor Wolf’s authority is collapsing by the day. The whole affair serves as an important reminder of the lesson at the heart of Étienne de la Boétie’s short book The Politics of Obedience: The Discourse of Voluntary Servitude: all political authority in rulers is, in the end, derived from the ruled. When such power is withdrawn, political authority is revealed to be impotent.

The governor may issue all the orders he desires, but without the cooperation of the lower levels of government and the people themselves, they are toothless. In the unlikely event that he desired to escalate the situation to enforce his emergency decrees, he would lack the resources to realistically do so, having only forty-seven hundred state police under his control who could not hope to replace the local police across the nearly forty-five thousand square miles that make up the state. Even if he tried, local district attorneys have already indicated that they will not prosecute such cases.

Pennsylvania has no shortage of problems and onerous laws and regulations, but we are very fortunate that our governance structure is decentralized to the extent that it is. With the third-highest number of local governments in the country, Pennsylvania is ideally suited for the kind of recalcitrance that is currently materializing against the centralized emergency decrees from the state government. Hopefully such resistance will lead not to chaos, but to more realistic policymaking that recognizes that disemploying a third of the workforce by decree is not a sustainable solution to the COVID-19 pandemic.

Zachary Yost is a Mises University alumni and freelance writer. This piece was originally featured at the Mises Institute and is republished with permission.