Plutocrats Laughing at the Plebes

Plutocrats Laughing at the Plebes 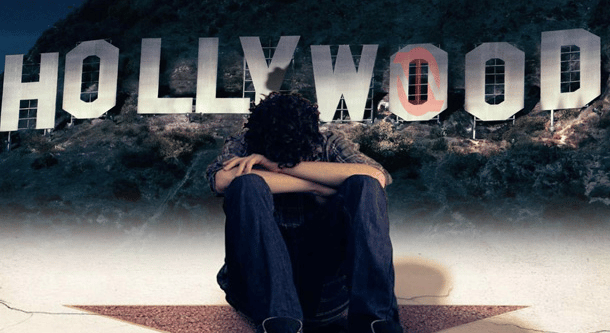 What do bigshot bankers at Goldman Sachs have in common with such celebrities as Leonardo DiCaprio, Paris Hilton, Jamie Foxx, Swiss Beatz, Busta Rhymes, Kate Upton, and Kanye West?

They’re among America’s rich and famous, an elite group noted for hypocrisy, for contributing to the moral decay of American society, for causing the socialist backlash of Bernie Sanders and Elizabeth Warren, and for resembling the proverbial fish that rots at the head, or more accurately, that rots on the West Coast and East Coast.

The bankers and the celebrities also have Jho Low in common.

Low is the Malaysian flimflam artist who, in cahoots with the crooked prime minister of Malaysia, Najib Razak, pillaged and plundered billions from the Malaysia sovereign fund, 1MDB.

Actually, the loot was taken from the people of Malaysia, where the national income per person is only $10,000.

The book, “Billion Dollar Whale,” gives the sordid details of the theft and reveals the disgusting lifestyles of the bankers and celebrities and their close association with low-life Low.

Goldman Sachs is facing a $2 billion fine by the Justice Department for its role in the theft, and Low is a fugitive from justice.  A couple of second-tier Goldman bankers have been indicted, with one pleading guilty and the other pleading not guilty.

The CEO of Goldman at the time of the theft, Lloyd Blankfein, didn’t get what he would have deserved if we were living in a just society.  He’d be in prison cleaning latrines with a toothbrush.  And he’d be joined in latrine duty by all the other banking heads at the other banks in the USA, Switzerland and London that did business with Low, knowing there was something fishy about the guy but not conducting due diligence about where the strange, young, roly-poly Malaysian got his money.

Blankfein had 600 million reasons to not look too deeply.  You see, the bank made $600 million over twelve months in floating three bond issues for 1MDB, with Low as the middle-man.  That was 200 times Goldman’s typical fee and should have been not only a red flag that something was amiss but also a warning flare and an emergency claxon.  After all, in finance circles, only an idiot or a crook would spend 200 times more than necessary.  With a degree from the Wharton Business School at the University of Pennsylvania, Low wasn’t an idiot.

Low spent huge amounts of the loot on making a name for himself so he could join the high society of Wall Street and Hollywood, which, measured by ethics, is actually low society.  Low hosted parties that cost tens of millions for his friends in low society.  The aforementioned celebrities were often the draw and were often paid hundreds of thousands of dollars apiece to attend.  Beautiful models, including Playboy models, also were paid to attend while wearing scanty outfits.

Attendees wondered how an unknown and weird guy like Low had suddenly appeared in their social circle and how he got his riches.  But with a wildly spinning moral compass, they associated with him anyway.

No doubt, some of the celebrities and bankers who mingled with models at Low’s parties have since made public pronouncements about their support of the #MeToo movement and against the objectifying of women.

For sure, DiCaprio has made public pronouncements about his concern over global warming, coming across as sincere, due to his acting skills.

This would be the same hypocrite who joined 40 other guests on a Boeing 747-400 chartered by Low to fly to Australia for a few days for a New Year’s celebration.  The plane was an opulent VIP version of the 747 that normally carries 600 passengers.  Imagine the size of DiCaprio’s carbon footprint for just that one trip.

DiCaprio left a lot of carbon footprints around the world, including when he and other celebrities flew to the French Riviera for parties held by Low on one of the most expensive yachts in the world, leased by Low for 3.5 million euros a week, paid, of course, with stolen money.

And in one of the biggest ironies of the decade, Low used more stolen money to form a movie production company so that he could finance the movie, “The Wolf of Wall Street,” starring DiCaprio and directed by Martin Scorsese.  The movie is about a Wall Street con artist.

In advance of a wrap party for the movie, Low sent a bottle of Cristal Rose champagne costing $2,245 to Scorsese and his wife at their Upper East Side townhouse.

In another irony, DiCaprio starred in the movie, “Catch Me if You Can,” playing the real-life con artist Frank Abagnale, Jr.

You’d think that DiCaprio would’ve recognized that Low was a con artist.  Or maybe he did and thought of him as a kindred soul.

It is not known whether actor Robert De Niro’s brother saw that Low was a con artist.  A realtor specializing in luxury properties, the brother had brokered the sale of a $40 million Manhattan apartment to Low.  Buying real estate is a way that crooks launder money, because the real estate industry is exempt from banking laws that require the tracking of money.  That’s why dirty plutocrats and autocrats from around the world buy New York properties.

In still another irony, Robert De Niro played Bernie Madoff in “The Wizard of Lies,” the excellent movie about Madoff’s Ponzi scheme.

Low also bought a mansion in Los Angeles without anyone looking into the source of his money.

California and New York seem to be magnets for scoundrels—and for hypocrites.

Elon Musk is an example of the latter.   To his credit, the entrepreneur is very wealthy from his big ideas and risk-taking, especially his founding of Tesla Motors, which leverages customers’ concerns about global warming and their belief that electric cars will cut carbon output significantly.  To his discredit, he owns six or seven homes in metro Los Angeles, with an estimated 80,000 square feet in total, all of which has to be cooled, heated, and lighted, along with the grounds being irrigated and the pools and water features using precious water.

Musk joins scores of wealthy business people, celebrities, bankers, and politicians, each of whom has a lifestyle with a carbon footprint that is equal to the footprints of a hundred middle-class plebes in the country; but whose politics of global warming and other issues stick it to the plebes.

Maybe the plebes will revolt someday—or at least stop admiring such two-faced celebrities as Leonardo DiCaprio.