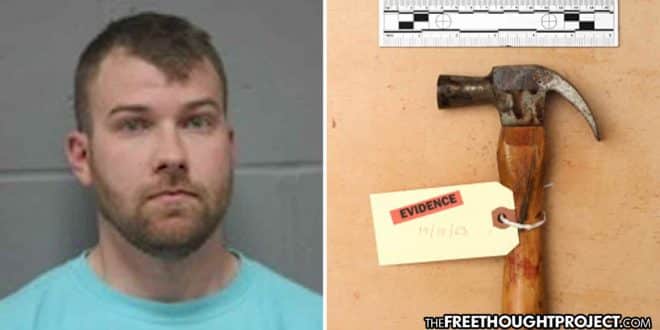 As TFTP has consistently reported, police officers in the United States have an exceedingly higher rate of domestic violence than any other occupation. The average rate of domestic violence among most families in America is around 10%. As the National Center for Women and Policing points out, two studies have found that at least 40% of police officer families experience domestic violence. That is a four-fold increase. This number is likely far higher due to the fact that much of this abuse goes unreported and is covered up. One case out of Holden, Missouri won’t be covered up, however, because a woman and wife of the town’s police chief, has the hammer marks in her head to prove the actions of her violent husband.

Holden Police Chief Trent Neal was arrested last week after police were called out to his residence over his attack on his wife with a hammer. According to police, Neal is suspected hitting his wife in the head with a framing hammer while the pair were in their garage, rendering the woman unconscious.

After knocking his wife unconscious with hammer blows to the head, Neal left her there for dead. Luckily, his wife did not die and when she came to, Neal was gone. His wife then called a friend, who in-turn called police to report the abuse.

According to court documents obtained by FOX 4, Neal’s wife said before he hit her with the hammer, he grabbed her by the neck and smashed her head into the wall. She told authorities she tried to hide behind a wooden table in the garage, and that’s when Neal allegedly grabbed the hammer.

According to police, when they asked Neal how his wife received the grotesque injuries to her face from the hammer and the wall, Neal told investigators he “had no idea.” He then claimed that when the couple got home, they put their child to sleep and went to bed. Investigators immediately pointed out the discrepancies in Neal’s story, however.

“We’re realizing that this is a serious crime, a serious offense,” Lowe said, “and we’re doing what we can to make sure that we help the victim.”

But judging on the history of abuse, as described by the victim, “help” was the last thing she’s ever received from the department.

In court documents obtained by FOX 4, the woman said Neal “has a history of abusing her.” She said he’s “assaulted her multiple times each month over the past two years.” Neal’s wife went on to say he’s always threatening to take their child, telling her he’s a police chief.

She told investigators she feared losing her child and worried Neal “will harm her or kill her if she seeks help,” according to court documents.

Sadly, as TFTP reports on a regular basis, this is a situation countless spouses find themselves in from coast to coast. As we reported last week, in an investigation by the Boston Globe found that in most instances of domestic violence, the officers face no discipline much less criminal charges.

According to the report, “of the dozens of State Police and Boston police officers who have been investigated over the past decade for domestic-abuse-related offenses, more than half have gone entirely undisciplined, records show — while some have remained on the job despite multiple allegations against them.”

But it gets worse, even when female cops complain that their husband cops beat them, this was ignored as well.

The Globe’s investigators contacted Lou Reiter, a policing consultant and former deputy police chief with the Los Angeles Police Department, who confirmed this problem is rife from coast to coast.

“Most departments,” explained Reiter, “want to just shut their eyes and cover their ears.”

If, in the extremely rare chance this cop is convicted of beating his wife with a hammer, he faces a maximum sentence of four years behind bars. Had the victim attacked a police officer in the same manner with a hammer, she’d be facing 10 to 30 years. And we still call this a “justice” system.

END_OF_DOCUMENT_TOKEN_TO_BE_REPLACED 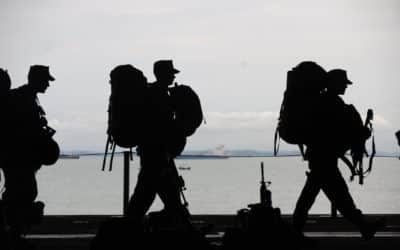 The Military-Industrial Complex Has a Vote in War Too

Even if “won,” endless wars like our 20 year assault on Afghanistan would not benefit our actual national interest in the slightest. So why do these wars continue endlessly? Because they are so profitable to powerful and well-connected special interests. In fact, the...

END_OF_DOCUMENT_TOKEN_TO_BE_REPLACED 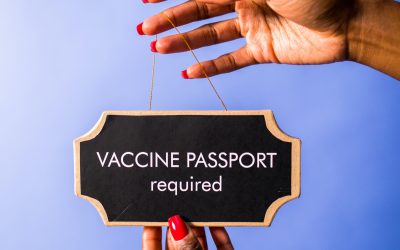