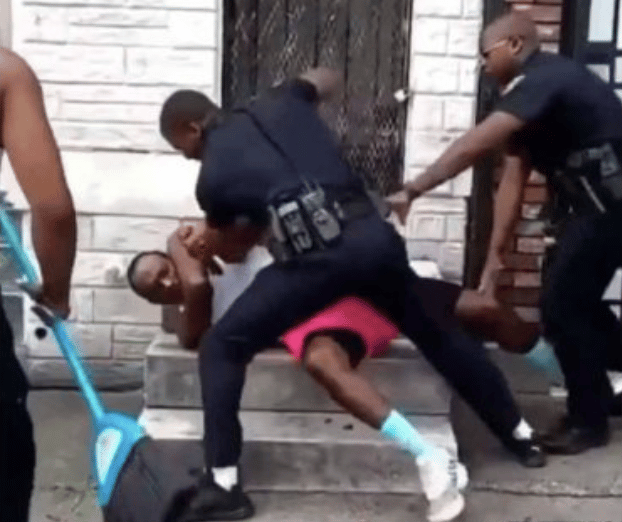 (TRI) — Oklahoma police have asked a federal court to support their claim that citizens who comply with police during an arrest do not have a clearly established right to be free from police brutality. The police’s justification of the use of excessive force, even in the absence of provocation, were made in a motion by City of Muskogee police seeking the dismissal of a lawsuit filed by attorneys for The Rutherford Institute on behalf of Jeriel Edwards, an African-American man who, despite complying police orders during an arrest, was subjected to excessive force and brutality, including being thrown to the ground, tasered, and placed in a chokehold that rendered him unconscious and required his hospitalization for three days.

The police officers’ motion seeks immunity from The Rutherford Institute’s Fourth Amendment lawsuit. In light of the fact that the beating Edwards was subjected to by police was clearly unreasonable and excessive, Institute attorneys have urged the court to reject the government’s justifications and claim of immunity.

“If you ask police what Americans should do to stay alive during encounters with law enforcement, they will tell you to comply, cooperate, obey, not resist, not argue, not make threatening gestures or statements, avoid sudden movements, and submit to a search of their person and belongings,” said constitutional attorney John W. Whitehead, president of The Rutherford Institute and author of Battlefield America: The War on the American People.

“The problem is what to do when compliance is not enough. How can you maintain the illusion of freedom when daily, Americans are being shot, stripped, searched, choked, beaten and tasered by police for little more than daring to frown, smile, question, challenge an order or merely exist?”

On October 25, 2016, Jeriel Edwards was sitting in his car in the parking lot of a Muskogee Wendy’s restaurant when he was approached by a City of Muskogee police officer who ordered Edwards to put the car in park and provide his identification.

Body and dashboard camera video of the encounter shows that the officer made the request even though he already knew Edwards’ identity. The officer then ordered Edwards to get out of the vehicle and remove his hands from his pockets.

Edwards complied with all the officer’s orders. At this time, a second Muskogee police officer arrived at the scene. As Edwards exited the vehicle, he was ordered to face the vehicle and place his hands behind his back.

Instead, the first officer fired a taser at Edwards as he lay on the ground. A third officer arrived on the scene and made two striking motions at Edwards, the impact of which can be heard on the body camera video. A fourth officer arrived at the scene and put Edwards in a chokehold. As the four officers dragged Edwards to the ground, another joined the fray and held Edwards down by digging his knee into his body. Edwards lost consciousness en route to the hospital, where he was admitted to the ICU.