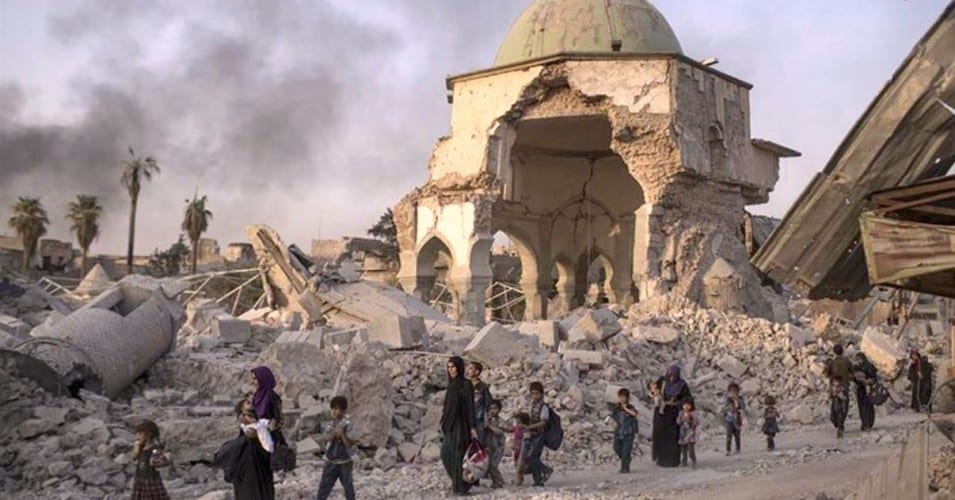 A populist pro-peace movement could end the empire without even trying.

The US foreign policy establishment has inflicted unspeakable horrors on the world. And it has done a remarkable job of rationalizing these horrors or — even more effectively — directing the American public’s attention away from them.

Foreign policy horrors are simply not an important issue for most American voters. Voters care about issues that directly impact their own lives.

But to overthrow an establishment you need a populist movement. None of the special interests within the establishment stand to benefit from radical changes that drastically reduce its power. Instead of reforming from within you need to attack from without. But to accomplish that you need the support of the masses.

So this seems to be an impossible situation: To end the US empire you need the support of the American public, but the American public doesn’t know enough or care enough about the millions of lives around the world that are ruined by that empire.

Sure, you can try to educate voters, plead with them, get them passionate about this issue, convince them that it is the morally right thing to do. Make them care.

Or you can try to appeal to their self-interest, pointing out the enormous costs of the empire and the risk of blowback.

But the institutions that are most influential in shaping the opinions of the American public — mainstream media, universities, think tanks, popular culture — are either very much part of the foreign policy establishment, or have also mostly simply ignored its horrors.

On the other hand, there have been successful examples of populist revolts in Western countries. Donald Trump, for example, came from outside of the political establishment and was widely loathed by them and their media allies. At least initially. But Trump appealed directly to the voters, breaking through the barriers the political and media elites put in his way.

How did he do it?

Most Americans are deeply dissatisfied with the establishment. Many loathe it. That’s what Trump tapped into.

Trump focused on the issues that voters cared about, in a way that voters care about. Issues such as immigration, corruption, national pride, and even wasteful wars had been ignored or made taboo by the elites. Sure, sometimes the elites would pay lip service to these concerns, but they were never really serious about addressing them in a way that would satisfy voters. And voters knew it. So Trump attacked the elites head-on.

Not by trying to persuade them, reasoning with them, working within the establishment. No, Trump launched a frontal assault on that establishment. He exposed them, ruthlessly mocked them and called them out.

Voters liked that. Some of them truly believed Trump was on their side, others just enjoyed the show. The establishment had never experienced anything like Trump. All their usual defenses failed.

And so Trump won.

Of course, Trump was never a serious person or politician. He had no principles to defend, other than himself. He had no organizational apparatus behind him. And he needed constant adoration. And so, once the Republican nominee, Trump was swiftly and comfortably absorbed by the establishment, or at least by certain influential factions within it.

Right now, Trump is not much more than the populist figurehead for a thoroughly establishmentarian class. But he did beat them, at least initially. And that’s the lesson there. The establishment can be beat.

And if, unlike in the case of Trump, it is done by a candidate or movement that actually is principled and that does not need the institutional, financial and social support of the establishment, a movement that has its own ideas, its own organization, the long term outcome may well be much better than what we saw with Trump.

Where, though, does that leave those of us who want to end the empire? Sure, we loathe the establishment too, and we are more than willing to attack them head-on. But Trump campaigned on issues voters cared about and voters don’t care about the horrors of the empire.

The thing is: They don’t have to.

From the fact that voters don’t sufficiently care about foreign policy horrors it does not follow that they will not support a populist movement that wants to end those horrors. It’s just that ending those horrors will not be the primary reason for their support.

A pro-peace populist movement that focuses on issues voters care about and that are ignored or only paid lip service to by the existing parties, and a movement that is passionately anti-establishment, and willing and able to attack the elites head-on can succeed for those reasons alone.

If that same movement also happens to be pro-peace and anti-empire, then OK, good, so what?

The situation is even better than that: It would be difficult to get voters to support a foreign policy that requires them to make sacrifices. If the core of that foreign policy is to actively do good in the world, by offering aid and other such things, that will be a hard sell. You have to convince voters to care about people far away, people they will never meet or even see on a screen.

But a pro-peace foreign policy is not a policy that wants to start doing good. It just wants to stop doing bad.

Peace does not require voters to make sacrifices. Voters were never benefiting from the aggressive foreign policy of the empire anyway. It costs voters nothing to end it.

In fact, the empire exists to exploit those very same voters. The empire takes massive amounts of the American public’s money and redistributes it among a wide variety of corporate special interests: Weapons producers, big energy, consulting companies and so on. What’s more, the empire gets tens of thousands of Americans killed or wounded or traumatized.

And here’s the beauty: A pro-peace movement that focuses on the issues voters care about and that is passionately anti-establishment reverses the burden of proof: If you want to campaign on peace and ending the empire you have to educate the voters and convince them the empire is not just morally wrong but also bad for them.

And that is an even more impossible situation to put the establishment in than the situation the pro-peace movement was in when it thought it had to make voters care about peace.

Peace, after all, was at least beneficial to the voters. That intellectual case was easy to make. The difficulty was in making voters care enough about it to change their votes.

But the empire doesn’t even have an intellectual case for its position. And now it also has the burden of proof.

So in short: A populist pro-peace movement can succeed. But it can only succeed by focusing on other issues that voters care about — issues the establishment actively ignores, trivializes or only pays lip service to — and by being passionately and proudly anti-establishment. The pro-peace position just comes along for the ride, and can and will be easily defended when attacked, and then implemented if we win.