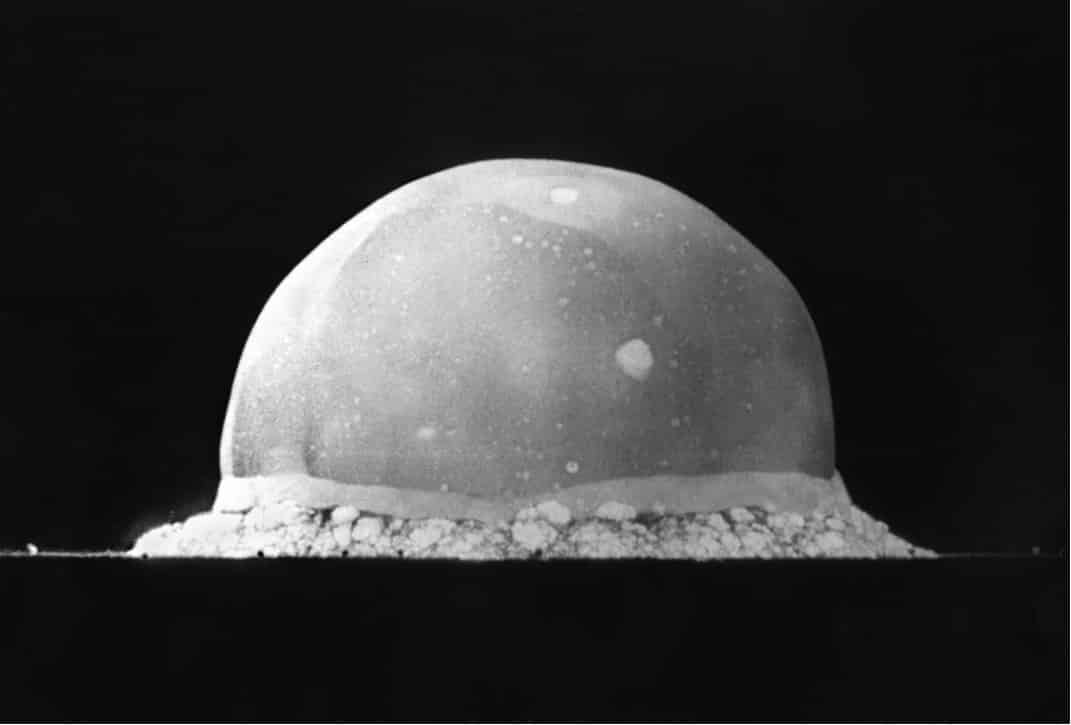 In a recent editorial, I discussed a new Authorization for Use of Military Force (AUMF) that was introduced in the U.S. House of Representatives on May 1, 2022, by Adam Kinzinger (R-IL).

The proposed AUMF, if passed, would allow President Biden to deploy American forces to restore “the territorial integrity of Ukraine” in the event that Russia uses chemical, biological, or nuclear weapons.

Thankfully, as Antiwar.com news editor Dave DeCamp writes, Kinzinger’s AUMF has failed to gain traction. This may seem like a bright spot in an otherwise apocalyptically bad news cycle, but not to worry! Antiwar.com Opinion Editor Kyle Anzalone noted in his recent interview of me, Kinzinger’s proposed AUMF will likely sit on the House Floor until the necessary political capital appears.

It probably will when Russia (or anyone really) uses the above-described weapons.

Although Kinzinger’s proposed AUMF asserts the moral high ground by threatening war against Russia, it can claim none. The United States itself has deployed all three types of weapons against its enemies—in the recent past, if not sooner.

As for nuclear weapons—the United States is the only country in world history to have used nuclear weapons against an enemy during wartime. Their use is even more abhorrent considering Hiroshima and Nagasaki held no strategic military value and the ordinance overwhelmingly killed civilians.

As if obliterating two major Japanese cities wasn’t enough, the Manhattan Project’s test detonations in the New Mexico desert exposed nearby farmers and their families to dangerous levels of radiation. Although the family members did not exhibit external symptoms, much of their livestock died.

In tune with their character, between 1945 and 1947 Manhattan Project scientists purposely injected 30 Americans with plutonium just to see what would happen. These injections were administered without the subjects’ knowledge or consent.

As for biological warfare, the United States’ military has tested biological weapons against its own citizens on several occasions.

In 1949, the Army Chemical Corps secretly released a harmless bacteria into the Pentagon’s air conditioning system to see how it spread through the building.

In April of 1950 and September of 1950, the Army Chemical Corps sprayed the coasts of Norfolk, Virginia and San Francisco, California, respectively, with two types of bacteria.

The types of bacteria that were released, Bacillus globigii and Serratia marcesens were believed to be harmless at the time. However,

Bacillus globigii is now [considered] to be a pathogen, causes food poisoning, and can hurt anyone with a weak immune system. As for Serratia marcesens, 11 people were admitted to a hospital with serious bacterial infections after the San Francisco test. One of them–Edward Nevin–died three weeks later.

In a previous editorial, I wrote about how the U.S. Army Chemical Corps sprayed several cities in the United States and Canada with zinc cadmium sulfide. At the time, zinc cadmium sulfide was considered to be harmless, but a large class of victims brought a federal lawsuit claiming the exposure caused myriad ailments. The lawsuit was dismissed, in part because the U.S. Government cannot be sued without its consent.

In the 1980s, the Centers for Disease Control and Prevention (CDC) provided Iraq with pathogens, which were ostensibly used against Iran in the Iraq-Iran War. In fact, the United States supported both sides of the war.

In September 2002, West Virginia Senator Robert C. Byrd entered the CDC’s own documents into the Congressional Record during a Senate Armed Services Committee hearing. The documents showed that

the CDC and a biological sample company, American Type Culture Collection, sent strains of all the germs Iraq used to make weapons, including anthrax, the bacteria that make botulinum toxin and the germs that cause gas gangrene…Iraq also got samples of other deadly pathogens, including West Nile virus.

A few years later, the United States invaded Iraq under the pretext of destroying the above weapons. In the largest battle of said invasion, the Second Battle of Fallujah, the United States used white phosphorous against insurgents. 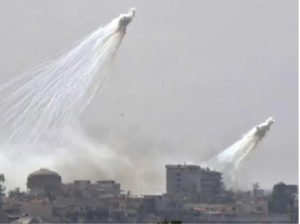 White phosphorous is a chemical compound that burns intensely when exposed to oxygen. When it contacts the human body, it burns to the bone, causing horrific injuries.

U.S. partners Israel and Turkey have been accused of using white phosphorous. Israel admitted it.

One of the most grievous and well-documented cases of the United States’ use of chemical weapons occurred during the Vietnam War.

While working on solutions to its counterinsurgency problem in Vietnam, the Pentagon, through ARPA, created a defoliant that gained international notoriety under the name “Agent Orange.”

Agent Orange was supposed to combat the Vietcong insurgency by denying it “protective cover from the jungle canopy.” Its second purpose was to starve the enemy “by poisoning their primary food crop, a jungle root called manioc.” Lyndon B. Johnson’s National Security Advisor Walt Rostow called the defoliant program “a type of chemical warfare.”

By the end of the war, the United States had sprayed 19 million gallons of Agent Orange on Vietnam’s jungles. “A 2012 congressional report determined that over the course of the war, between 2.1 million and 4.8 million Vietnamese were directly exposed[.]”

Ninety-eight refugees who had been exposed to chemical sprays in South Vietnam were interviewed in Hanoi. Most reported effects on eyes and skin and gastrointestinal upsets. Ninety-two percent suffered fatigue, prolonged or indefinite in 17 percent of cases. Reports of abortions and monstrous births in sprayed humans and animals and of substantial numbers of deaths among fish, fowl, and pigs were also given.

A 2006 meta-analysis found a very high correlation between exposure to Agent Orange and birth defects:

The United States constantly grandstands about enforcing the “international rules-based order,” but what does that order stand for? If its own conduct is the measure, then the United States should have no quarrel with Russia for using chemical, biological, or nuclear weapons.