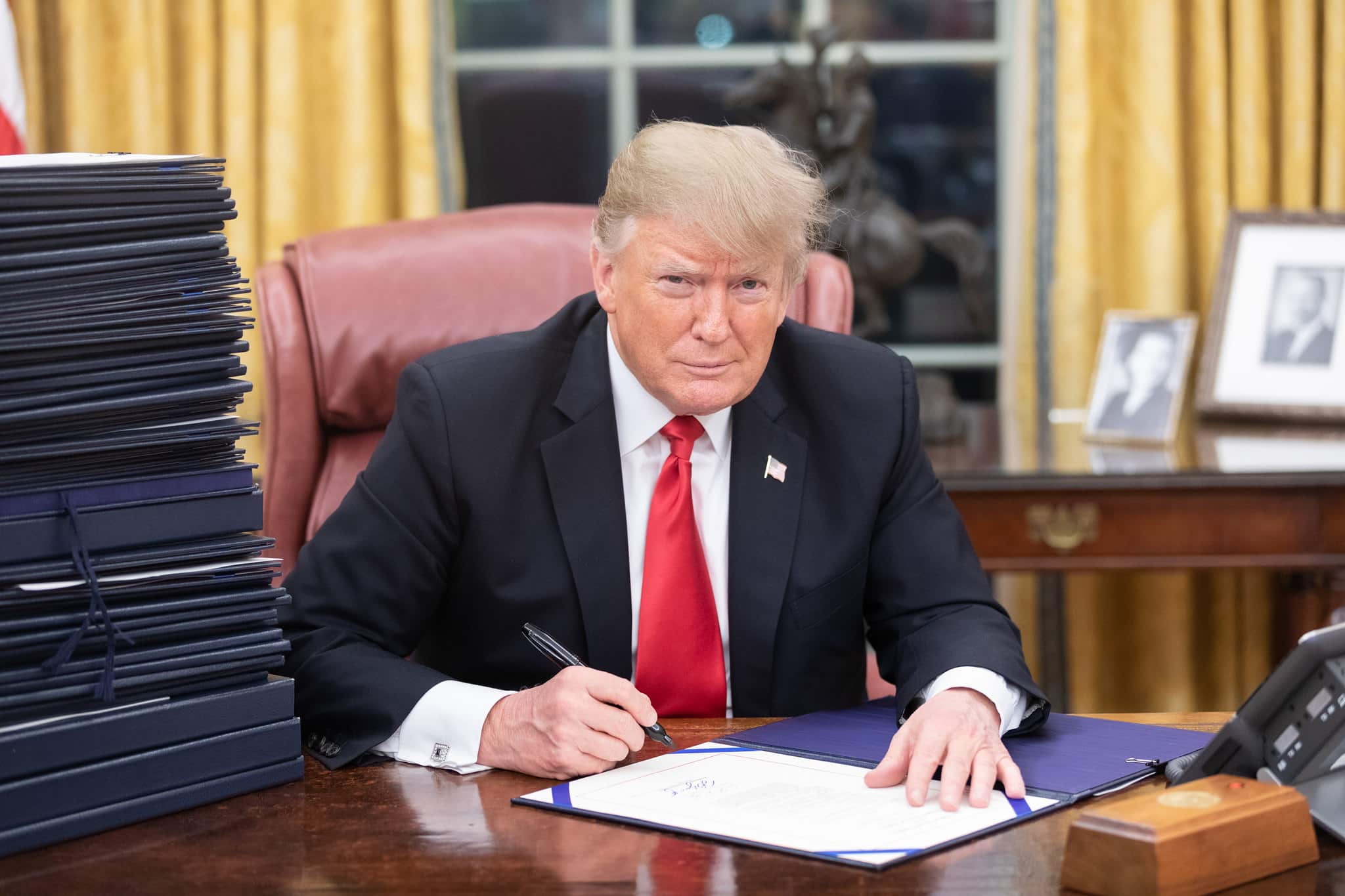 Former President Donald Trump is supposedly one of the biggest scoundrels in American history for allegedly retaining documents from his presidency at his Mar-a-Lago home. Trump denies wrongdoing but the Justice Department is targeting him for violating the Espionage Act and other laws. DOJ is refusing to reveal the affidavit and the specific charges that the feds claimed justified a massive, heavily-armed raid on Trump’s Florida base.

Much of the media commentary on the raid castigates Trump for conspiring to block Americans’ access to official records. But the federal government has done thousands of times more damage on that score than Trump.

Trump is suspected of violating the Presidential Records Act, a law Congress enacted in 1978 after former President Richard Nixon claimed his secret Oval Office tapes and other records were his personal property. The law asserts, “The United States shall reserve and retain complete ownership, possession, and control of Presidential records…The Archivist of the United States shall assume responsibility for the custody, control, and preservation of, and access to, the Presidential records.”

“The Presidential Records Act is critical to our democracy, in which the government is held accountable by the people,” Archivist of the United States David S. Ferriero declared earlier this year. But the statute is a pseudo-disclosure law that keeps far more secrets than it exposes.

All records from former presidents are kept secret for at least five years, and presidents can also slap a 12-year automatic delay on other records. After that deadline, people can file a Freedom of Information Act (FOIA) request to see specific records. But as Politico reported in March, “At many presidential libraries, the queues for processing FOIAs stretch for years,” and requests “involving classified information can take more than a decade.”

The disclosure of Barack Obama’s records could be delayed practically indefinitely because his lawyers concocted a new legal doctrine, “White House equities,” to justify vetoing FOIA requests that could tarnish the image of the Obama presidency. At the end of the Obama administration, a congressional committee report aptly titled “FOIA is Broken” noted that journalists had completely abandoned “the FOIA request as a tool because delays and redactions made the request process wholly useless for reporting.”

Federal disclosure logjams are increasingly the topic of ridicule on social media. When Pfizer submitted an application to the Food and Drug Administration for a new COVID vaccine in 2020, the FDA approved it in 108 days. But when a group of scientists and professors filed a FOIA to see the application and the data on injury from the vaccine, FDA told them it would take 75 years to fully release the data. A federal judge smashed FDA and is requiring them to complete disclosure a hundred times faster than they planned—releasing 55,000 pages a month instead of 500 pages. But unless people can afford to pay massive legal fees to fight the feds in court, FOIA is mostly a mirage.

As soon as presidents leave office they can collect king’s ransom advances for writing a memoir. Former president Bill Clinton received a $15 million advance for his memoir; George W. Bush received a $10 million advance; and Barack Obama and his wife Michelle received $60 million for a two-book memoir deal. Presidents can practically use any information they please—including info that no one else can use—to write their memoirs with expedited clearance of classified information.

The rigging of presidential records enables politicians to profit massively from lying about their time in office. When George W. Bush was president, he vehemently denied that he ever authorized torture, which is considered a war crime under U.S. and international law. But in his 2010 memoir Decision Points, Bush bragged about ordering torture. Bush wrote that when he was requested to approve the CIA’s waterboarding of Khalid Sheikh Mohammed, he responded, “Damn right.” Six months before his memoir was released, in a speech in Grand Rapids, Michigan, he told the audience, “Yeah, we water-boarded Khalid Sheikh Mohammed. I’d do it again to save lives.” But there is no evidence that torture saved any Americans’ lives. Actually, torture helped send 4000+ Americans to their death in Iraq, since the Bush administration relied on false confessions gained via torture to justify toppling Saddam Hussein. The United States had classified waterboarding as torture since the Spanish-American War, and the U.S. government had classified waterboarding as a war crime since 1947.

If all of the Bush administration’s records were made public, Bush and plenty of his subordinates might be indicted for war crimes. But Bush doesn’t need to worry because the U.S. government blindfolds Americans from learning of their rulers’ crimes.

Sham transparency is “close enough for government work.” At the end of the Obama administration, 30 million pages of his records were trucked to a warehouse near Chicago. The Obama Foundation promised to pay to have those records scanned and made accessible online but that never happened. The Obama Foundation says that 95% of the non-classified Obama records now held by the Archives are already digitized. The Archives could push a few buttons and make them accessible, but that would put a lot of bureaucrats and lawyers out of work. Instead, each document needs to be “reviewed” by bureaucrats before release—assuring that the vast majority will not see the light of day until long after Obama collects tens of millions of dollars in additional speaking fees.

In a 2017 Politico article headlined, ““Presidential Libraries are a Scam,” author and former congressional staffer Anthony Clark observed, “Presidential libraries are perfect examples of just how far presidents will go to control their own legacies. Since the first one was created in 1941, what were intended to be serious research centers have grown into flashy, partisan temples touting huckster history.” Unfortunately, most politicians prefer “huckster history” to the real thing. Clark notes that the National Archives and Records Administration “has increasingly become reliant, for ongoing financial support and political cover, on the private foundations presidents create to build the libraries. Which means that [the Archives] cozies up to these organizations, working side by side to help fulfill the foundations’ legacy-polishing ambitions.” The result is the Archives putting its stamp of approval on policies and exhibits that are as deceptive as the typical White House press conference.

If honesty is the goal, then separating state and history is necessary. Presidential records should be automatically and speedily accessible to Americans on the day a former president signs a lucrative contract to write his memoirs. Former presidents should be stripped of any prerogative to limit or delay the disclosure of 99.99%+ of the non-classified records from their administration.

It remains unclear what, if any, legal violations that Trump may have committed with the records seized by the FBI. But there is enough on the table to know that the Presidential Records Act is an ongoing crime against self-government. Federal judge Amy Berman Jackson declared in 2019, “If people don’t have the facts, democracy doesn’t work.” But our current system of government is designed to blindfold Americans on the vast majority of federal crimes. If democracy depends on transparency, and government transparency is an illusion, then what is U.S. democracy?