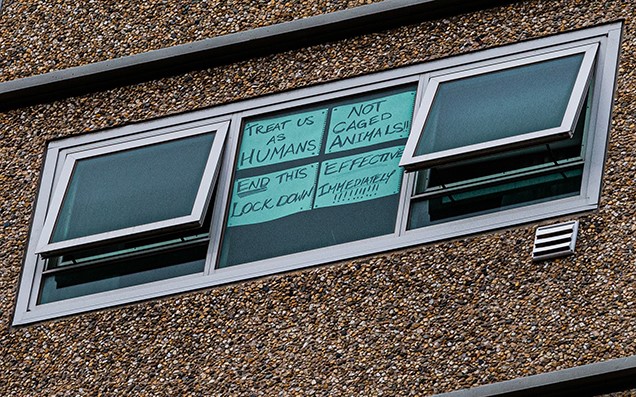 COVID-19 has claimed its share of victims, most of whom have not even contracted the virus. Instead, across the world it has been the reaction of governments often under the guise of benevolence and concern for health that has impacted and harmed more people. Whether those who have been constricted of movement and access, endured inconvenience to their professional lives, or in more devastating instances have suffered illnesses and even died because they were made prisoners to the health crisis. Inside Melbourne, 3,000 residents are now the prisoners of the Melbourne government even though they have committed no crimes. All of this is under the banner of public health.

The residents inside nine public housing towers located in Flemington and North Melbourne have done no wrong and many are not even infected with the virus. Even if they were, would that warrant 500 armed police denying them access to the outside world? The residents are made up of lower income workers, those with disabilities, migrants, and those fleeing domestic abuse. Most of them are families, and many are dependents of the state now learning that an all-powerful, benevolent government can be indifferent to those who it claims to serve and support.

The residents were given no notice of the lockdown, unlike the rest of Melbourne and its outlying suburbs who had 48-hours of prior notification before they were forced to remain at home. Many of those outside the public housing towers are still able to get to the shops and travel if it is considered crucial. For those in the nine Flemington and North Melbourne towers. however, 500 police officers stand guard outside, imprisoning them.

For the residents, all communications must go through the police. The food packages that have been received have been slight and much of the food has been stale and out of code. For a diverse array of residents, the food has also been insensitive to specific dietary needs ranging from health to religion. Instead, the Victorian Government is feeding them worse than hardened criminals inside jail. Those wishing to make food and sanitary donations are denied access by the morally indifferent police officers.

Power was turned off to the buildings, completely isolating these individuals. Adding to the limitations and restrictions is an uncertainty of how long the lockdown will go on for and whether emergency services will be made available for those inside, should something dire occur. Instead, because of a mandate invented under the guise of public health, they are treated worse than prisoners of war. They are prisoners of others’ health.

Some of the inhabitants are those who have fled domestic violence, wars, cannot speak English well or at all, and among those who do work have casual and sporadic employment. They are those who have already suffered and endured a prior hardship. The Victorian government, like all governments, is one that boasts to be in a position of power to help and assist the vulnerable, like the imprisoned residents. Instead it is treating them as sub-citizens and with no regards to their individual dignity. For the residents who were victims of violent domestic abuse inside the towers, they are imprisoned, while those that they had escaped and been hurt by are on the outside living a freer and happier life. Though it is certain that the Victorian government and police will invest more money on a campaign about domestic abuse as they ignore those victims inside.

The residents who have been tested and shown to be negative for the virus remain prisoners of the Victorian government and at risk of contracting the very virus that they are being forced to suffer for. Non-government aid agencies have attempted to help those locked inside, but instead the police are denying them access. The question remains: is this militant response to a health crisis going to be the new precedent for an ever intrusive and reactionary government, the world over?

The Australian government and health professionals have sparked an atmosphere of concern for mental health, anxiety and depression sufferers. Many make money from raising awareness about those who may suffer from these conditions. It is a campaign of concern that has been led by the federal and state governments and yet consistently it has been government policies and pressures, whether directly as is the case in Melbourne for the imprisoned residents, or indirectly that has increased the suffering of those with depression. While advertising and experts will sermonize about the importance of reaching those who are at risk, the Victorian government is creating a situation that will have greater consequence to those suffering, ironically under the guise of public health.

Innocent children of all ages are locked inside the towers and are treated with little regard. They are looked down upon because of the dehumanizing mentality that the pandemic culture has generated. The People’s Republic of China, despite all of its surveillance, censorship, and police state practices was unable to stop the spread of the virus from leaving its laboratory and borders and yet nations that claim to be free only seem to emulate such a tyrannical form of government, regardless of outcomes and success in defeating this virus. It seems to be an instinct of those who rule and those who cling to primal fears that more laws and more infringements on liberty is the only way. For those inside the towers in Melbourne and across the world, they must be made to suffer to satisfy others fears and health.

While weeks ago the BLM protests were at a peak, many in Melbourne and across Australia expressed solidarity with the black victims of police violence in the United States. The Victorian government allowed and gestured a wink of support to the protests that defied any prior social distancing and pandemic-related practices. Health workers and government officials dared not speak up about the “dangers” of such protests during a pandemic. Suddenly it seemed like the worse had passed, as far as the virus was concerned, almost as though it had moved on with the trending news cycles. But alas, as soon as the zeal for BLM simmered, the pandemic porn and concerns returned. And those inside the public housing towers, many who are non-white, are being treated different than the rest of Australia. Perhaps this is a traditional form of Australian exceptionalism, to treat “the others” differently.

For a nation that continues to invite itself to wars waged in distant lands in the name of an abstract such as freedom, the Australian government and many of its people seem obsessed with denying those within its own borders such rights. Perhaps it is the inevitable nature of the welfare-warfare state to expand and to pronounce itself as the ultimate custodian and arbitrator for everyone else. The rule of its own laws are easily dismissed when the emotions of the hour require it and ideals such as individual liberty are merely slogans of propaganda to justify the government’s very own existence. After all, tyranny is a job programme, and for many in Australia and its government this is fine. Freedom is something we claim to cherish, in any of its forms and for those inside the nine towers in Melbourne it has been taken from them. It is no concern, until you are inside one of those towers, when that government you have helped to cultivate and empower denies you every right.

The pandemic has been an exercise to illustrate how powerful government can be, especially if it claims to have the answers to a health crisis. It is an exercise that will show how easily others can be dehumanized by “normal good people,” so long as fear spreads and public health is cited. It has shown that dangerous liberty is very rarely sought, and instead comfortable security restrictions are desired. It has been an exercise to empower those who scream with a self-righteous roar “wear a mask” or beg to shut everything down, lock everyone up so long as the theater of health and security is retained. Conversation and different voices are shunned, while research and studies are only cited so long as they satisfy personal biases. It has been an exercise that has shown us that those who will enforce laws do so eagerly. For over 500 cops in Melbourne, it is just a job, but for their victims inside it is their lives. 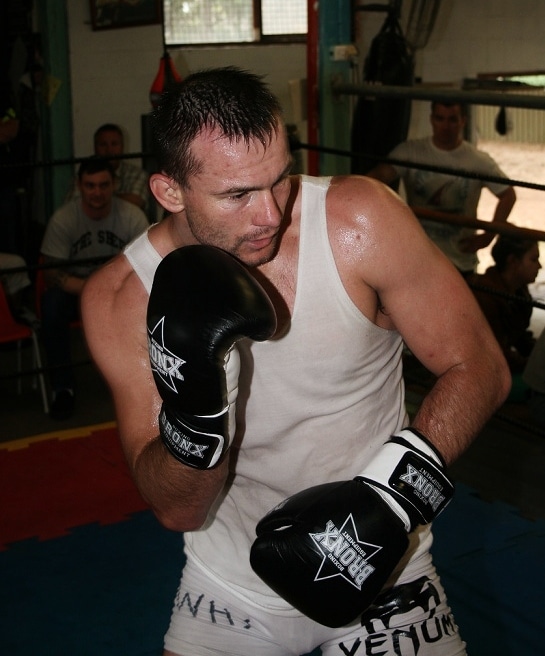