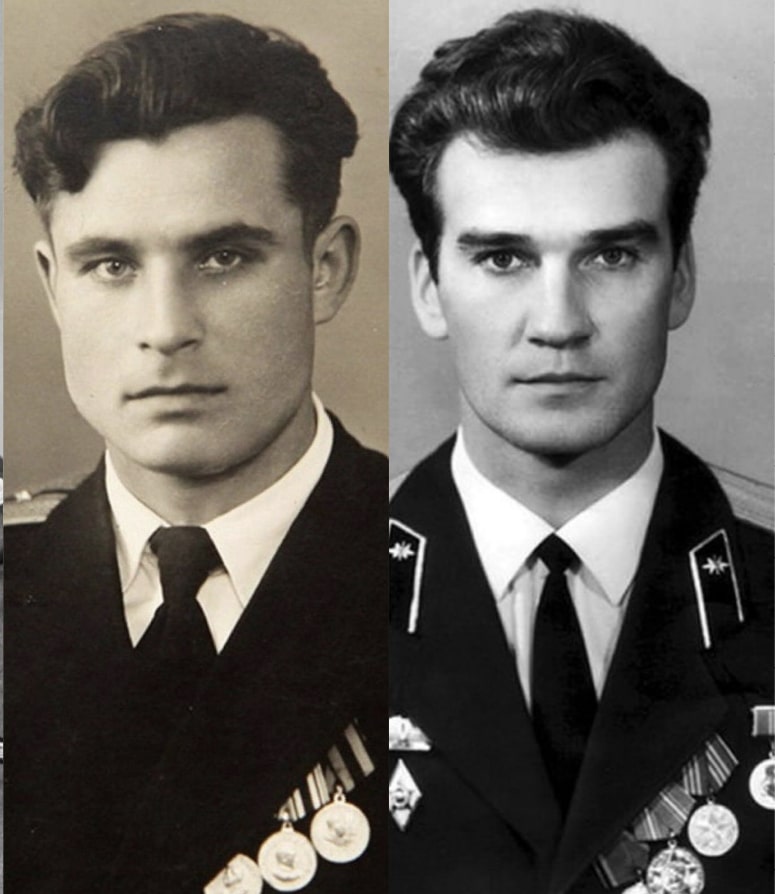 The 1962 Cuban Missile Crisis is remembered for its frightful brinkmanship, when the United States and Soviet Union danced close to the furnace of global destruction. Fortunately cooler heads prevailed and a war of the worst kind was averted. One such cool head was Soviet naval officer Vasili Aleksandrovich Arkhipov, who was aboard a submarine at the height of the crisis. The nuclear torpedo armed submarine he was a crew member of came under depth charge attack from the U.S. Navy. Soviet doctrine at the time determined that if such a submarine came under attack, three officers needed to agree to launch a nuclear weapon, when no other orders had been received. Isolated and under stress, Arkhipov disagreed with his comrades and averted any escalation.

While operating under radio silence and at the peak of the Cold War, with a Captain deadset on launching the nuclear torpedo on the Americans, Arkhipov remained resilient and reasoned for caution, aware of what such a response could lead to. He insisted on no launch. He was adamant that more information was needed before such an attack should be unleashed. The submarine eventually received radio signals and with the new information and orders from the Soviet government, the submarine was removed from a situation where attacking U.S. ships with nuclear weapons was not to be considered for the time being.

Upon returning back to the Soviet Union, Arkhipov and his crewmen were criticized by his superiors. They had failed; their submarine had been tracked and then come under attack by the Americans. This was an embarrassment to the pride of the navy and Soviet Union. Instead of seeing a cool headed officer as a hero, he was clumped in with the rest of the crew and criticized for incompetence by men who were participants in such hubris and folly that could have contributed to the world losing millions of lives in a matter of minutes. Well aware of the catastrophe that Arkhipov had prevented, the Soviet government officials were more concerned with doctrine and procedure.

It would take decades before Arkhipov was recognized for his cool reason under great peer pressure and stress.  The cold war mood soon shifted and the paranoia of the Russian state would change somewhat, allowing for the acknowledgement of such individuals who defied the collective will or sacred doctrine to have their stories told. It is hard to imagine how many lives that the inaction of Arkhipov saved, how the course of history would have been reshaped if he had obeyed and performed according to how policy makers wanted him to. The irrationality of the Cuba Missile Crisis was created by the biggest governments on the Earth. Human beings of apparent wisdom and immense education all conspired in their own way to bring the planet close to destruction, and for what end? Other than the pursuit of their own ideologies, the perpetuation of their government, pride or just because it was their job? Should they have accomplished mass destruction, none of that would have mattered at all.

Just over twenty years later it would be for another member of the Soviet military who would use clear judgement to prevent nuclear war. In another phase for high tension between the Cold War adversaries. In 1983 Duty Officer Stanislav Petrov was assigned as part of the Soviet early warning system dedicated to detect incoming missile strikes from the United States. In the early hours of the morning sudden computer read outs indicated that several missiles had been launched in the direction of the Soviet Union. The protocol was to attack immediately in response.

However Duty Officer Petrov did not report the computer read outs to his superiors. He instead dismissed them as a false alarm. He was in breach of duty. He disobeyed procedure and the doctrinal rules. A retaliatory strike would have been almost certain, given the limited response time and the nature of destruction that a U.S. first strike would have caused. Petrov had no advice and only the information coming from his archaic Soviet computer.

What had made Petrov suspicious was how strong and clear the alert was. Though apprehensive, he was certain that it was a glitch. Petrov called his superior at the Soviet Army headquarters and reported an error in the system. If Petrov was wrong in a matter of minutes nuclear blasts would be erupting over the Soviet Union, but by then others would have been well aware of such an attack. If he was right, for the rest of the world it was an otherwise normal morning.

It would be after the fall of the Soviet Union when Petrov would receive recognition for his inaction. He had speculated that if some of his colleagues had been on the shift when it occurred, they may have acted according to the procedures, since most of them were well trained and good military men. Such procedures when written are laid down as absolute, but when wise reasoning human beings exercise judgement and remain patient, lives are saved. (Despite doing what they were trained not to do).

“But they were lucky it was me on shift that night,” Petrov said years later. The world certainly was lucky.

Giant collectivist states like those of Nazi Germany and the Soviet Union celebrate men of action, decision-makers and administrators that cause carnage and misery. They do not celebrate those who are careful and exercise a wisdom in the spirit of laissez-faire, perhaps because government is always about its own growth and the need to control, regulate, and force. It attracts in its most extreme cases people people like Nazi Reinhard Heydrich and it deters those like Arkhipov or Petrov or at the very least punishes them for not acting according to the rule book. When it was their lack of action that saved lives and even the state itself, such people are marginalized.

Crisis seems to attract the need to act, even when it is the same course of action over and over again that can increase the crisis. Patience and non-interference is seldom valued; it is the antithesis of government and those attracted to the institutions of power. To the state a man like Heydrich is always a hero, so long as he is in their employ, and such a man would never tolerate Arkhipov or Petrov. And for that we all end up suffering.

The nature of government is control; the control of people, industry, abstracts, and even nature itself. It is the many complexities of control and the many layers of government that leads to crisis, smothers individual action and deters those of wisdom to shine through. Instead it promotes the bully culture of the mob and the arrogance of a perceived “greater good” is often sought. How this good is determined tends to be directed from the perspective of the elites and ruling class. By the nature of their position they have determined that they know what is best for all others. To make decisions and to act upon them is their superhuman ability based upon the positions that they fill inside of government. Lives are in their hands and they command them with absolute arrogance, and unlike any deity they are ignorant of more than they will ever be aware.

When you have those like Arkhipov and Petrov and the many modern whistleblowers, they exist to challenge the perfection of the system or the institution itself. Apostates who should know better, even if they end up saving lives. To the government they did not do the right thing, but according to humanity they did.