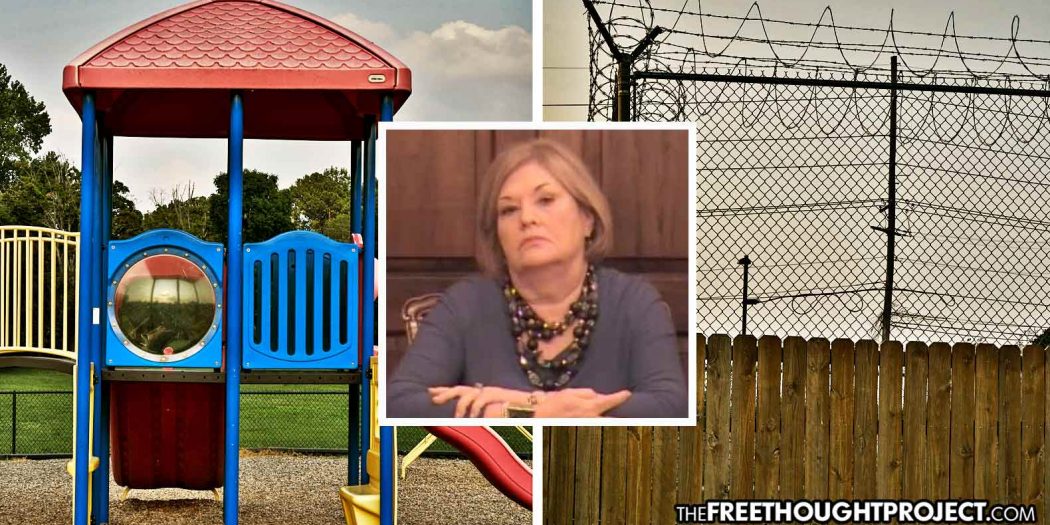 In 2008, a case of two judges from Wilkes-Barre Pennsylvania—Michael Conahan and Mark Ciavarella—shocked the country when these insidious human beings were convicted of accepting money in return for imposing harsh adjudications on juveniles to increase occupancy at for-profit detention centers. The scam was known as “kids for cash” and it exposed the harsh reality of the school to prison pipeline. This egregious practice led to reforms which many thought would prevent such atrocities in the future but as a new report out of Nashville, Tennessee proves, that was not the case.

According to a damning report from ProPublica, a county was exposed for illegally locking up children, and in some instances, using lies to justify it. Some of these children who were locked in cages were as young as seven.

Like the instance in Wilkes-Barre, a county juvenile judge, Donna Scott Davenport, played a key role in this horrifying practice—so did the cops.

According to the report, Davenport, a self-described Christian who referred to herself as the “mother of the county,” took an exceedingly harsh stance on children who got in trouble and even ones who didn’t.

Case in point: In 2016, police responded to an alleged fight at Hobgood elementary school in Murfreesboro between a 5-year-old and a 6-year-old. Though this was hardly an incident for which police and the court system needed to be involved, for some reason, the school called for them.

When police showed up, the the 5 and 6 year old kids were handcuffed and arrested. But that’s just the beginning. Zacchaeus Crawford also got a call that day from police telling him that his three children, ages 9, 10 and 11 were also arrested at the school, along with an 8-year-old and a 13-year-old.

All seven of these children were handcuffed and brought to jail. For allegedly watching the fight between two kids—not participating in it at all—the other five children were charged with “criminal responsibility for conduct of another”—a crime that does not exist in Tennessee law.

“It makes me want to fight. I’m not going to lie and say it doesn’t,” Crawford said of his children’s arrests. “How would you feel if it was your child? I’m frustrated.”

“All plaintiff children suffered great mental anguish and emotional trauma as a result of the false arrest and malicious prosecution as instigated and directed by defendants,” the lawsuit filed Feb. 16, 2017 stated.

Despite paying the settlement, the only person involved in the illegal arrest and detention of the children was a single cop, who was suspended for just three days.

Instead of decrying the incident, Judge Davenport issued a statement about children being bad. “We are in a crisis with our children in Rutherford County. I’ve been in officer 17 and a half years and I’ve never seen it this bad,” she told News 4 Nashville at the time.

Indeed, Davenport has a disdain for children like no other. According to the ProPublica report, nearly half of all children who go through her court, 48%—go to jail! That number is nearly ten times higher than the state average which is just 5% of children.

According to a report in Forbes, judge Davenport holds immense power over the local juvenile justice system, appointing all magistrates and approving policies for the detention center, thereby enabling this process even further.

ProPublica points out that Davenport is an apparent braggadocio about her record of jailing kids and keeps a high profile outside of the courtroom. She appears on a monthly segment on a local radio station, in which she has claimed children are behaving far worse now than they have in the past—on multiple occasions over several years.

Davenport says she believes she’s on “God’s mission” to discipline children in the community, according to ProPublica.

Like the case in Wilkes-Barre, the juvenile detention facility acts as a profit center for locking up kids, receiving $175 of taxpayer money per day, per kid.

“Being detained in our facilities is not a picnic at all. It’s not supposed to be. It’s a consequence for an action,” Davenport said on a recent radio segment. But she conveniently leaves out the fact that it’s a windfall scenario for those involved in the incarceration of the children.

Naturally, ProPublica’s report sparked heavy backlash against the system, but it’s led to no arrests or resignations and Davenport refused to even respond.

This is the current state of the “child justice system” in the land of the free.