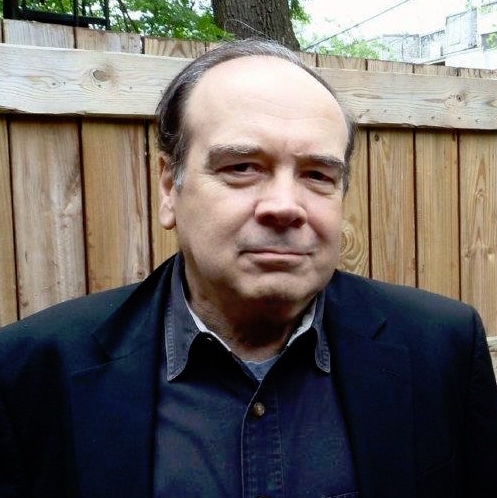 Our colleague and friend Mark Perry passed away today after a battle with lung cancer, his son Cal Perry announced on Twitter earlier this morning. It is devastating news to so many because Perry had been a staple in Washington foreign policy/military journalism and activism circles for decades and had fostered quite a collection of friends, compatriots, sources, and colleagues over the years. If you put them all in a room right now it would likely be a motley assemblage, ranging from active duty and retired Pentagon officers, to Arab-American friends from his time in Beirut, to peace activists, watchdogs, mavericks, and journalists—all shaking their heads in shock and regretting they hadn’t had just one more conversation with him.

We were lucky at the Quincy Institute to have him on our side, if even just for a short while, working as a military analyst for the last year. He penned some of our best stories at Responsible Statecraft. He was “part time” but he put in full-time work because this was his milieu—researching, cultivating sources, and getting under the surface (and skin) of the Pentagon world, whether it be budgets and strategy, or meta stories like U.S. wars in the Middle East or the advancing Cold War with China. He was absolutely a stickler for facts and loved history, and learning from it. He took nothing at face value and was a true skeptic and iconoclast—no one got respect until they earned it.

His career trajectory was nothing but colorful—he was the director of Conflicts Forum, which brought him to Beirut, where he lived for some time. He worked with Vietnam Veterans of America and the International Campaign to Ban Landmines. He was an unofficial advisor to PLO Chairman and Palestinian PresidentYasser Arafat from 1989 to 2004. He was a prolific writer, publishing several books, including “Four Stars: The Inside Story of the Forty-Year Battle Between the Joint Chiefs of Staff and America’s Civilian Leaders,” “Partners In Command: George Marshall and Dwight Eisenhower in War and Peace,” “The Most Dangerous Man in America: The Making of Douglas MacArthur,” “Grant and Twain: The Story of an American Friendship,” and the latest, “The Pentagon’s Wars: The Military’s Undeclared War Against America’s Presidents,” which he published in 2017.

It was about that time that I met Mark and soon had him writing for The American Conservative, where he was a regular contributor on military/war issues for the next two years. He not only elevated our national security coverage but he helped me behind the scenes, editing and fact checking. I trusted his judgment, and basked in his encouragement. Long after we both came to QI/RS, I continued to consult with him on stories and authors – we called him my “BS meter.”

Mark’s truth-telling spirit, journalistic integrity, and views on non-interventionism brought him right into the orbit of the left-right coalition on realism and restraint, and his experience and wisdom were a good fit in a Washington arena where memories can be long or short depending on political convenience. He reminded folks of mistakes in hopes that they may not happen again. He tore open wounds so that we would remember the blood. He tried to heal with the facts in hopes that they would win over hyperbole and demagoguery.

His work, unfortunately, is not finished. He leaves a hole, in our hearts and in our project. Again, we have only benefitted from the short time he was here. Please take the time to read his work, here and here. Our condolences go out to his wife and children and grandchildren, who he spoke about often (otherwise he was quite private, and humble), and to all of the comrades he collected, along the way.

This article was originally featured at Responsible Statecraft and is republished with permission.