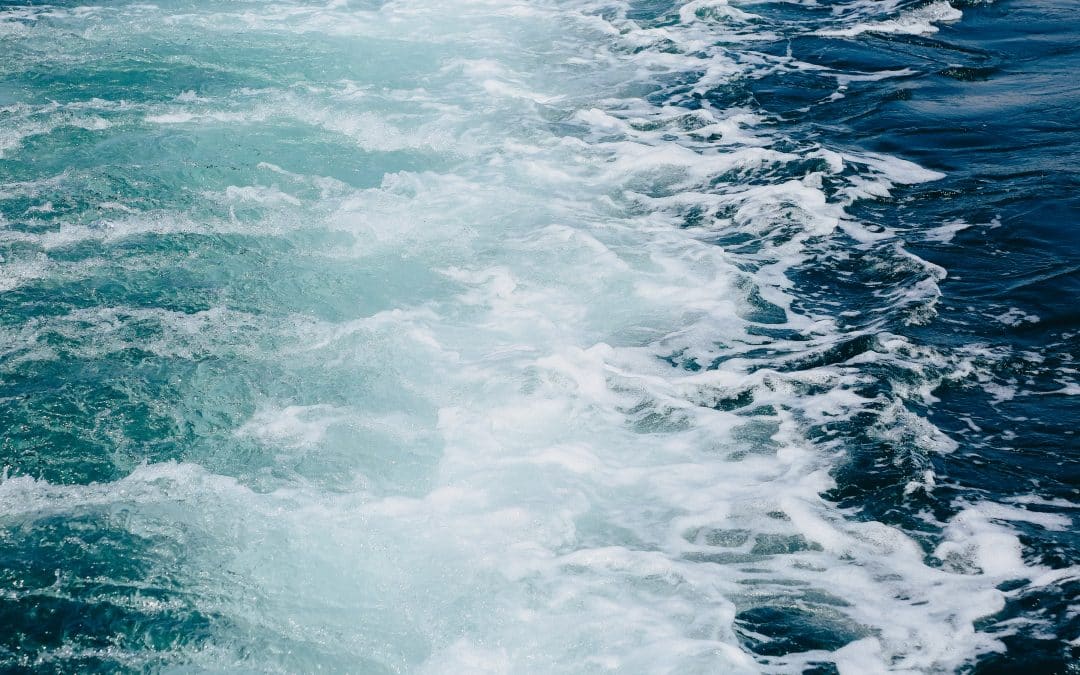 Ten years ago, “restraint” was considered code for “isolationism” and its purveyors were treated with nominal attention and barely disguised condescension. Today, agitated national security elites who can no longer ignore the restrainers—and the positive attention they’re getting—are trying to cut them down to size.

We saw this recently when Peter Feaver, Hal Brands, and William Imboden, who all made their mark promoting George W. Bush’s war policies after 9/11, published “In Defense of the Blob” for Foreign Affairs in April. My own pushback received an attempted drubbing in The Washington Post by national security professor Daniel Drezner (he of the Twitter fame): “For one thing, her essay repeatedly contradicts itself. The Blob is an exclusive cabal, and yet Vlahos also says it’s on the wane.”

One can be both, Professor. As they say, Rome didn’t fall in a day. What we are witnessing are individuals and institutions sensing existential vulnerabilities. The restrainers have found a nerve and the Blob is feeling the pinch. Now it’s starting to throw its tremendous girth around. 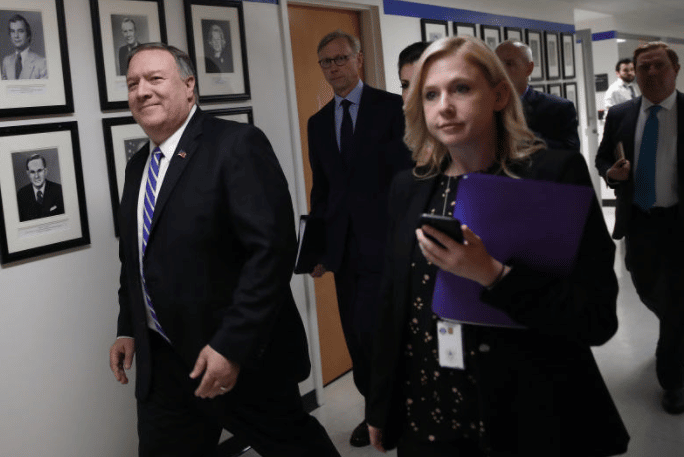 “They are working for us, no?”

If anyone out there has any doubt of Washington’s arrogance—and the particular mendacity of the Trump administration in the wake of the drone attacks in Iraq that killed Iranian Quds force commander Qassem Soleimani— take a minute to read through Friday’s State Department briefing to reporters, here.

My colleague Daniel Larison has described the president’s behavior on Twitter yesterday, threatening attacks on 52 Iranian targets if Tehran retaliates for the assassination of its most popular general. “He cares first and foremost about not appearing ‘weak,’ and that makes him more likely to overreact to every incident,” Larison writes. “The president isn’t interested in avoiding war as much as he is interested in not being pilloried by hawks for not being ‘tough.’”

Well, the state department officials who briefed reporters Jan 3 rolled into that room with such defensiveness you would think they expected to see only Iranian faces in the room. More so, their incredulousness that reporters would want to have “details” and demand “answers” about a military strike that ultimately was coordinated in the name of each and every American, borders on sheer insolence.

Reprinted from the American Conservative. 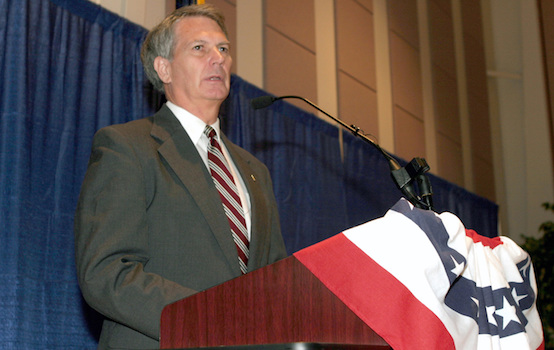 Walter Jones Cried While the Rest of Them Lied

Elected officials have always had their reasons for wanting to end America’s recent unpopular wars, from Vietnam to Iraq and Afghanistan. Some cite broad concerns over blood and treasure, others focus on the geo-political and domestic consequences of prolonging quagmire and endless foreign intervention. Many are outright pacifists, they don’t believe in war to begin with.

Conservative Republican Congressman Walter Jones was the only lawmaker I can recall who turned on war out of profound guilt. Life-changing guilt, borne out of watching coffin after coffin return to his North Carolina district draped in the stars and stripes and met with the white, blood-drained faces of mothers and wives, fathers and children. For anyone, such a scene—repeated as much as it would in a district that hosts one of the largest Marine Corps bases in the country at the height of war—would be devastating. But for Jones, a man of deep Catholic faith who had come to believe that the Bush administration lied to Congress to get its approval for the Iraq invasion in 2003, it was intensely personal. He wept openly and talked about it. There was no whiff of political contrivance or calculation. In fact, his pain was so visceral it was at times hard to look at directly. 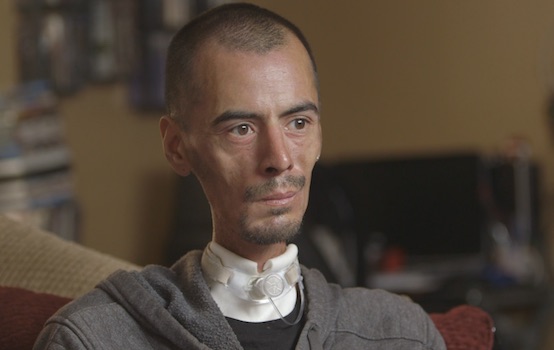 One look at Brian Alvarado and you wonder how he can still be alive. Especially when you get a glimpse at his pre-deployment photograph—a soldier in Marine service uniform, full-faced and ready for whatever war would dish out—and think, “is this really the same person?”

Unfortunately, yes, Alvarado served two tours 10 years ago, and for a time he patrolled “hell,” which is what the guys called the open air burn pits on major U.S. military installations like Air Base Balad in Iraq. When he got home, according to his wife, he was diagnosed with Squamous Cell Carcinoma (throat cancer) and began chemo and radiation in 2008. Today he can hardly speak and eats and drinks through a G-tube. His features are skeletal, his neck the size of man’s wrist. He is 5-foot-9 and weighs about 70 pounds.

For Alvarado and his wife Rocio, coming to terms with the cancer was one thing, but how he may have gotten it—from the burn pit itself— is another. He is one of thousands of U.S. military servicemembers and contractors who say their proximity to the pits in Iraq and Afghanistan, which burned—unregulated, in the open air—hundreds of tons of solid waste a day, have left them with progressive health conditions, including respiratory failure, debilitating nerve damage, and rare forms of cancer.

“There was no protection, no mask,” Alvadrado said through his wife, who interprets his indiscernible speech, or reads from the mini-white board he carries with him to communicate. “They gave us a gas mask, but it wasn’t for that. It was more for nuclear, biological chemicals. It was never mandatory for us to wear that.”

The veterans’ journey—from healthy soldiers to barely surviving, like Alvarado—has been captured in a new independent documentary, Delay, Deny, Hope You Die: How America Poisoned its Soldiers (the first part of that is a black slogan among vets, referring to the protracted dance with the VA over health claims), by director and producer Greg Lovett.

Read more at The American Conservative.

US News Jeffery Epstein associate Ghislaine Maxwell has been arrested in New Hampshire by the FBI on charges related to the dead sex trafficker. [Link] Large US corporations are threatening to pull ads from Facebook in an effort to get the social network to censor...

Well, first they entrapped him on some drug bullshit. Then they killed him. Unarmed, no chance. Then they got away with it. https://youtu.be/CPeufhOU6OQ

What this society needs is men and women who can write: It’s the Fourth of July, and revolution is in the air. Only in America would it look like this: an elite-sponsored Maoist revolt, couched as a Black liberation movement whose canonical texts are a corporate...

Democrats across America will be sad to hear the news that fewer people are dying from the Covid due to the use of Hydroxychloroquine. They will not, however, question how wrong and smug they are and have been on this topic.

From the Post: Four years before the federal Centers for Disease Control and Prevention fumbled the nation’s chance to begin effective early testing for the novel coronavirus, the agency similarly mishandled its efforts to detect another dreaded pathogen. Amid a...

Scott interviews Matthew Hoh about the recent claim that the Russian government has been paying bounties to Taliban militants to kill U.S. soldiers. The headlines have made it sound as though this is a confirmed and well-sourced story, when in reality, Hoh explains,...

Scott talks to Hans Kristensen about the state of the world's nuclear weapons arsenals. Immediately after the Cold War, says Kristensen, the U.S. and Russia drastically reduced their nuclear stockpiles, making the world significantly safer. Since then, however, this...

Episode 437: Bird From The Friends Against Government Podcast On The Unabomber And Other Societal Anomalies

On FPF #511, Will Porter returns to the show to discuss Trump's failing Russia policy. During the campaign, Trump made it clear that he would able to get along and make deals with Putin. However, once Trump took office, his policy towards Russia became more and more...

On FPF #510, John Dangelo returns to the show to discuss being a anti-war war vet. John explains he was a Marine reservist when he was deployed to Afghanistan. His experiences there and reading libertarian/antiwar material led to him to becoming antiwar. We talk about...

Public defender and former student of Murray Rothbard, Michael Harris returns to the show to talk about police brutality. He and Tommy discuss the history of qualified immunity, the history of the war on drugs, the militarization of the police, and why the police have...

I've heard it said that the identifying characteristic of a conservative is someone that doesn't want to knock down a fence without knowing why it was put up in the first place. This philosophy of inaction not only prohibits conversation, it also limits creativity and...