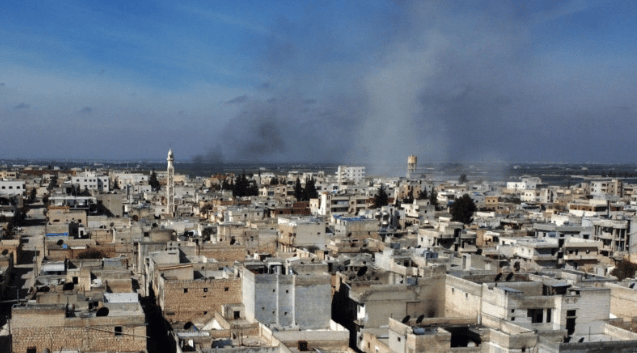 Weeks of threats by Turkish President Erdogan to retake Syria’s Idlib Province by force went extremely poorly on Thursday, when Turkish forces moved into an observation post south of Idlib City, and were immediately hammered by airstrikes from both Russia and Syria.

At least 34 Turkish soldiers were reported killed in this strike, a major number of casualties. Turkey’s Hatay Governor reported casualties were still flowing into his province from Idlib.

Turkey has put thousands of troops in Idlib recently, and Erdogan had promised to reclaim all 10 of the observation posts, while ultimately expelling Syria from Idlib. They negotiated with Russia on getting Syria to surrender, but that failed.

Turkey seemed to be under the assumption that they could overrun Syria’s military, still taxed by a long civil war, with little problem. The presence of Russian troops, however, made this very risky, and Russia seems to be underscoring their willingness to get involved.