Sam Eagle vs. The Feds

Sam Eagle vs. The Feds 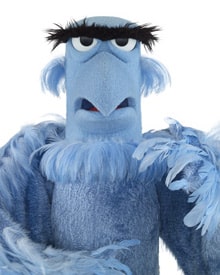 The Michigan State Department of Environment, Great Lakes and Energy (and drive through donut joints, but that doesn’t fit in the title) has the job of patrolling the shores and skies over Lake Michigan. This summer, an “environmental quality analyst” was operating a $950 drone, examining the natural conditions under his purview. It was going fine, until the bald eagle showed up.

The operator’s eyes darted to the skies. The drone was nowhere to be seen. Conspicuously, a bald eagle flew past. A nearby couple reported seeing the eagle strike an object in the air, while the drone was never recovered. Experts believe the attack was likely a “territorial squabble” between the eagle and the drone.

Is this a metaphor? Why not take it literally? The bald eagles are at war with the government.

Remember in January when Trump blasted Qasem Soleimani from the face of the Earth? Maybe Iran should employ the services of a few bald eagles. We know what side they’re on.

Trump seems to have taken Obama’s drone war and is now continuing it except with less accountability than ever. This March, a drone strike in Somalia took out a group of terrorists. Or, well, according to local images and family members, they were just regular people. Who cares one way or the other, right?

A national myth says Ben Franklin wanted the turkey to be the national bird, not the eagle. As it turns out, the myth is just that. The story arises from Franklin criticizing the look of the bald eagle on the national seal, complaining that it looked like a turkey. Foreshadowing.

Between the turkey who was flying the drone around Michigan and the bald eagle, the eagle won. The storied U.S. military, now just a bunch of turkeys continuing to blast poor black people from the Earth with no rhyme or reason at all. The bald eagles couldn’t care less.

The eagle was an important symbol in ancient times. It was a battlefield portent, a representative of Jupiter. The founders, who admired Rome, somehow never put the pieces together and acknowledged what a bloated mess that horrific slave empire became, nor considered the absolute terror of life after its—probably inevitable—collapse.

I don’t imagine anyone ever saw a bald eagle on a battlefield signaling anything. What do these birds do? They mind their business. They stick to their territory and go about their lives. They feed themselves and their young. They were here before all of us. They live in nature, out there in North America. No bald eagle ever accidentally killed a dozen people on the other side of the ocean for no clear reason. There are no bald eagles flying over battlefield Somalia.

But, for those keeping score, on another battlefield—Bald eagle: 1, Michigan Department of EGLE: 0.