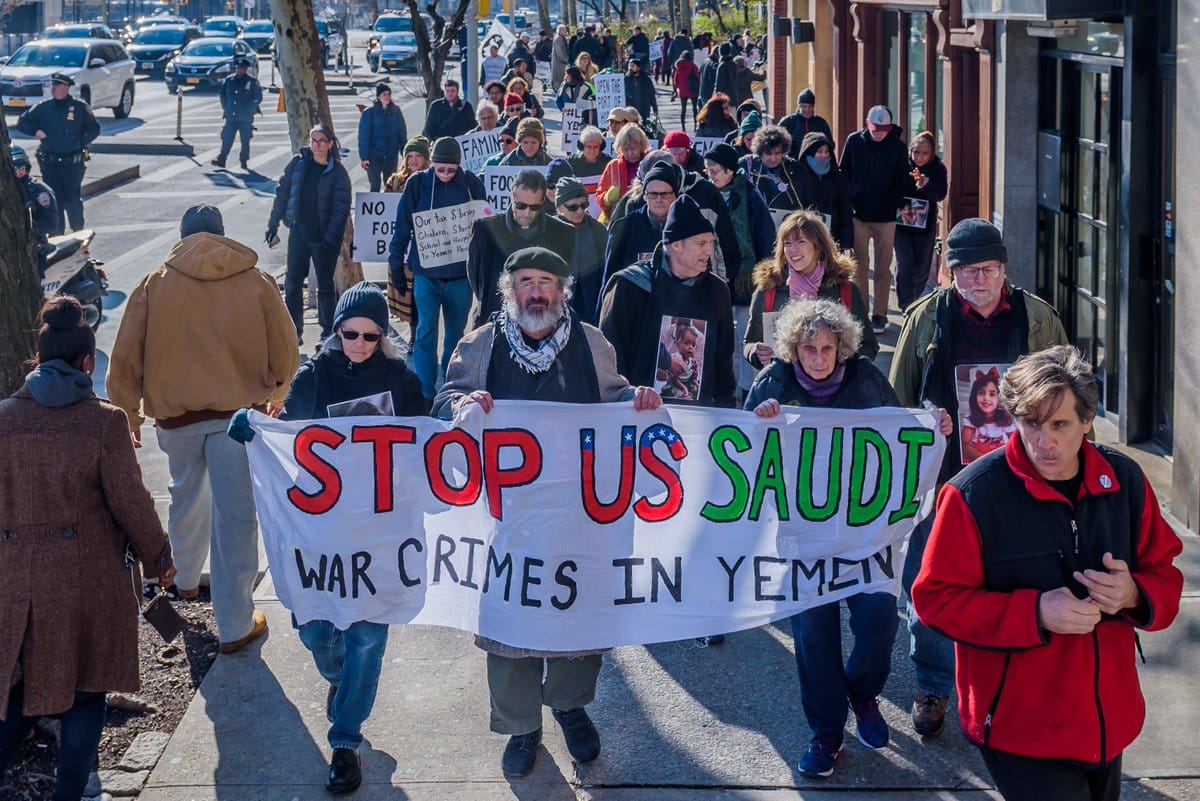 An airstrike from the U.S.-backed Saudi-led coalition hit a vehicle carrying civilians in north Yemen on Monday. The airstrike killed 13 people, including four children. The same day, UN Secretary-General Antonio Guterres removed the Saudi coalition from a global list of parties who have harmed children in conflicts.

The international humanitarian group Save the Children said the victims were on their way home from a local market when the vehicle was suddenly bombed. The Houthi’s Health Ministry identified eleven of the victims, which included one woman and four children, ages 12-14.

The coalition often targets civilian infrastructure, which is why Guterres’s move to remove them from the “blacklist” drew sharp condemnation from human rights groups. Saudi warplanes have hit schools, hospitals, water treatment plants, markets, weddings, and other civilian targets.

The UN special representative for children in armed conflict said Guterres made the decision to remove the Saudis from the blacklist following “sustained, significant decrease in killing and maiming due to airstrikes.” While it is true the worst of the bombing took place in the early days of the war, bombs still fall on civilians in Yemen regularly.

Saudi Arabia’s effort to drive out the Houthis and reinstate President Hadi started in 2015 with the full support of the United States, the UAE, and other Gulf allies. The airstrikes, blockade, and siege on the country has always been a war on civilians.

Dave DeCamp is assistant editor at Antiwar.com and a freelance journalist based in Brooklyn NY, focusing on US foreign policy and wars. He is on Twitter at @decampdave. This article was originally featured at Antiwar.com and is republished with permission.