Saudi Bases and the Bin Ladens: A Love Story

Saudi Bases and the Bin Ladens: A Love Story 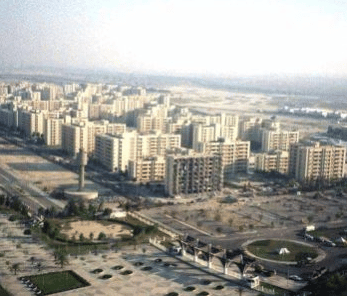 What is Trump really up to? It’s almost unknowable. At the same time that the president was pulling (some) troops out of Northeast Syria, giving an antiwar speech, and then sending other troops back into Syria to “secure the oil,” he also quietly sent another 1800 service members into Saudi Arabia. What little Trump did say about it consisted of a peculiar defense of his actions. Faced with the obvious question from a reporter: “Mr. President, why are you sending more troops to Saudi Arabia when you just said it’s a mistake to be in the Middle East?” Trump argued that there was no contradiction in his policy because, well, the Saudis “buy hundreds of billions of dollars’ worth of merchandise from us,” and have “agreed to pay us for everything we’re doing to help them.” It seems the U.S. military is going full mercenary in the Gulf.

While I’ve noted that Trump’s recent antiwar remarks were profound – though largely unfulfilled – these words will amount to nothing if followed by a military buildup in Saudi Arabia that leads to a new, far more bloody and destabilizing, war with Iran. Nothing would please the “three Bs” – Israeli Prime Minister Bibi Netanyahu, Saudi Crown Prince Mohammed Bin Salman, and former National Security Adviser John Bolton – more than a US military strike on the Islamic Republic, cost and consequences be damned.

It’s just that an Iran war isn’t the only risk associated with basing majority-Christian, foreign American troops in the land of Islam’s two holiest cities. And a brief historical review of US presence in Saudi Arabia demonstrates quite clearly the potential transnational terrorist “blowback” of Washington’s basing decisions. In fact, Trump’s latest deployment constitutes at least the third time the US military has been stationed on the Arabian peninsula. It’s rarely ended well, and, in a paradox stranger than fiction, often linked Washington and Riyadh’s dollars with the Bin Laden family. It’s almost enough to make one understand the propensity of some Americans to buy into some degree of 9/11 “truth.”

The strange saga began in the 1930s when a US oil conglomerate, Aramco, built a settlement at Dhahran in the desert near the little town of Khobar. Local workers did the construction, including a rather talented Yemeni bricklayer named Mohamed Bin Laden. Though illiterate and with only one eye, he and his brother then started their own construction company: Mohamed and Abdullah, Sons of Awadh bin Laden.” When, in 1945, the US military decided to lease a sizable air base at Dhahran, the Bin Laden brothers got the contract. The firm made a fortune on the American taxpayers’ dime. After that, the Bin Laden’s became the builders of choice for the spendthrift Saudi royal family, by then flush with oil profits.

Nonetheless, the devoutly Muslim Saudi people were horrified by the Western presence and the king ended the first US military lease in 1962. Still, the Bin Laden company continued to do business with the American government and corporate entities, so much so, in fact, that it retained an agent in New York City. After the elder Bin Laden died in 1967, his sons took over the family business. One, Osama, had a particular knack for construction.

He was also devoutly religious, and, despite his family business’ close connections with the Americans, virulently opposed to foreign intervention in the Greater Middle East. So, with tons of his firm’s heavy construction equipment in tow, he headed off to Afghanistan to fight with the mujahideen against the Soviet Army occupation of that country. Though he and his fellow Arab volunteers played only a small role in the Soviet’s eventual defeat, Osama Bin Laden dug tunnels, built roads, and crafted a genuine mountain base for his fighters in Afghanistan. He even named his new organization to direct the jihad Al Qaeda, or “the base,” and learned a life-altering lesson from the Soviet war. As he reflected, “The myth of the superpower was destroyed not only in my mind but also in the minds of all Muslims.”

Thus, when Saddam Hussein’s massive Iraqi Army swallowed up Kuwait and threatened the Saudi Kingdom in 1990, Bin Laden thought he could recruit a new mujahideen army and single-handedly defeat the invaders. He offered his services to the king, but was rebuked, in favor of an invitation to the US military to instead defend Saudi Arabia. Bin Laden never forgave the king or the American “occupiers” of his holy homeland. The American troopers flooded into a reopened base at Dhahran, the Iraqis were swiftly defeated by the US military coalition, Bin Laden later declared war on the United States, and the rest, as they say, is history.

Terror attacks on the Khobar Towers Air Force barracks, two US African embassies, and the Navy’s USS Cole followed, and then New York and Washington were struck in the worst terrorist incident in American History. Bin Laden got the war he sought, lured the US military into countless quagmires in the Mideast and, despite his eventual death at the hands of American Navy SEALs, succeeded beyond probably even his wildest imagination.

All that brief history ought to remind American policymakers and people alike of the inherent dangers of military basing in Saudi Arabia in this, the third, such instance. Washington, as has been proven time and again since the end of the Second World War, reaps what it sows across the world. So, when Trump’s latest addition to the tragic US history of building bases and stationing troops on the Arabian Peninsula backfires, when a new Bin Laden of sorts takes the war to a major American city, I’ll be one of the few voices saying I told you so…

Danny Sjursen is a retired US Army officer and regular contributor to Antiwar.com. His work has appeared in the LA Times, The Nation, Huff Post, The Hill, Salon, Truthdig, Tom Dispatch, among other publications. He served combat tours with reconnaissance units in Iraq and Afghanistan and later taught history at his alma mater, West Point. He is the author of a memoir and critical analysis of the Iraq War, Ghostriders of Baghdad: Soldiers, Civilians, and the Myth of the Surge. Follow him on Twitter at @SkepticalVet.