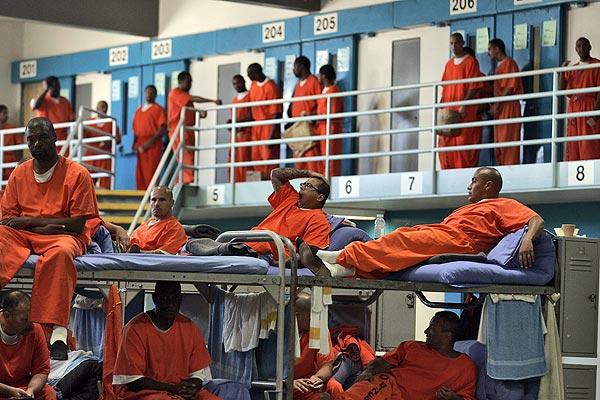 Thank you. Thank you to the Reason Foundation, and to the judges who saw merit in my work and honored me with this award.

It’s especially validating to get an award named after Bastiat—an award for which people like Milton Friedman and James Buchanan once served as judges—because I write about and report on the criminal justice system. People like Friedman, Bastiat, and Buchanan had a lot to do with how I arrived at this beat.

Bastiat is perhaps most famous for his caution that we should not merely consider the observable consequences of public policy, but the hidden and unintended consequences as well—what he called “what is seen and what is unseen.”

Few areas of public policy better illustrate what he was talking about than the criminal justice system. After a generation of “tough-on-crime” policies, here are some examples of how what we see often obscures what we can’t see.

We can see cops stopping and arresting people, roughing people up, and administering street justice. We think, ‘Good. They’re getting the bad guys off the streets.’

What we don’t see: The orders from mayors and senior officials in cities like Baltimore, St. Louis, and Chicago for police to initiate mass arrests, usually for petty offenses, sometimes for no offense at all. We don’t see the bulk of the arrestees who are later released with no charges, but who now have an arrest record that can be crippling. We don’t see the mistrust and anger these kinds of police actions sow between police and the communities they serve—feelings that last for generations and present major barriers to fighting crime. We won’t see if just as much crime—or perhaps even more—could have been prevented with a more rights-oriented approach to policing, an approach less apt to destroy lives.

We see stories about deportations of undocumented immigrants and we think, ‘Good. We’re taking people who don’t deserve to be here off of public assistance, and sending back to from where they came.’

What we don’t see: The net $2,500 per year that the U.S. economy loses for every immigrant denied entry. As of 2010, 40 percent of Fortune 500 companies were founded by either immigrants or their children. So we also don’t see the Googles, the Yahoos, the Teslas, the Chobanis, the Amazons, and the Ebays never founded here in America — or perhaps at all — because nativist sentiment prevented some enterprising young immigrant from entering the country.

What we don’t see: The catastrophic effects of mass incarceration on families, neighborhoods, communities, sometimes entire cities. We sometimes see the $80 billion it costs the U.S. to annually imprison about 1 percent of its population. But it’s much harder to see what a recent Washington University study attempted to quantify—the social decay, psychological trauma, reduced earnings, despair, and otherwise wasted human potential that comes with mass incarceration. That study put the annual cost of incarceration at over $1 trillion, the brunt of that figure falling not on the incarcerated, but on their children, their families, and their communities.