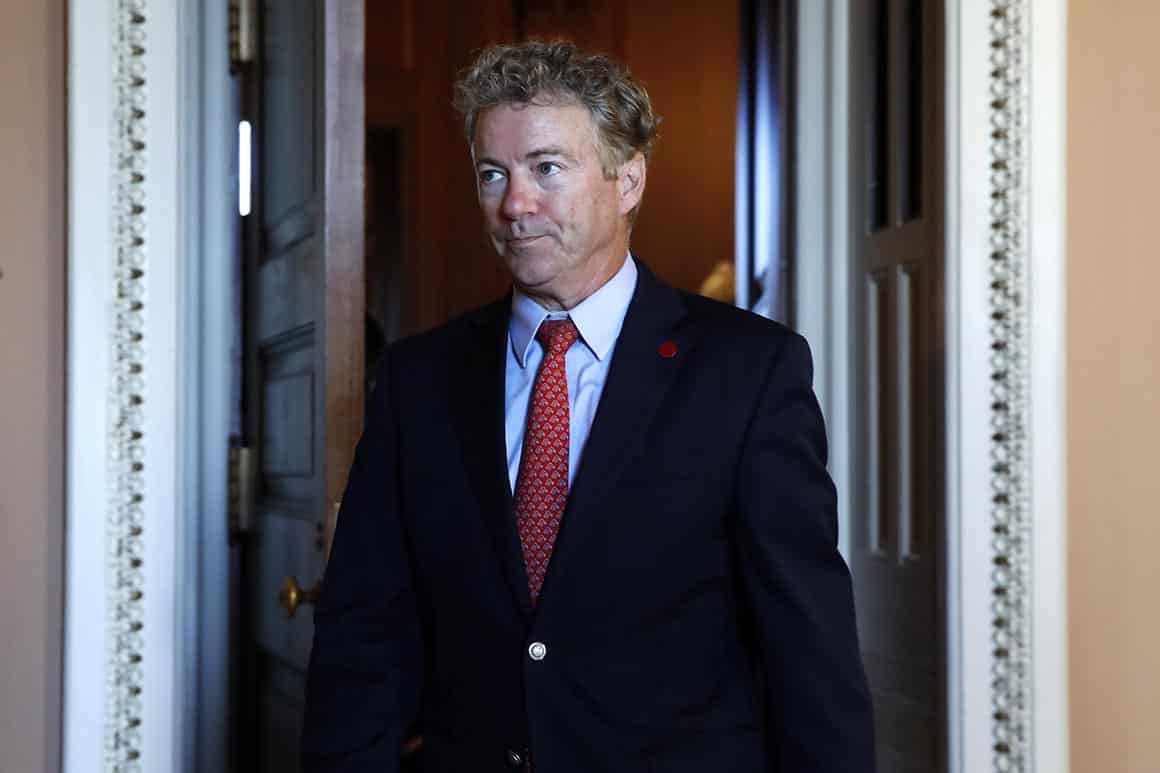 On Thursday, in a historical move, all 26 members of the Louisville, Kentucky Metro Council voted to pass a ban on no-knock warrants, a measure known as “Breonna’s Law.” The law was named after the former EMT who was gunned down as she slept in her bed by cops raiding the wrong home. The move still needs to be approved by the mayor, but it is revolutionary in precedent. 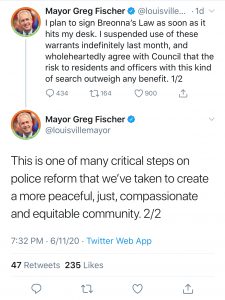 “This is one of many critical steps on police reform that we’ve taken to create a more peaceful, just, compassionate and equitable community,” Louisville Mayor Greg Fischer said, vowing to sign the bill “soon as it hits my desk.”

While this move is certainly noteworthy and will lead to a massive shift in law enforcement procedure that will undoubtedly save lives, it is reserved solely for the people of Louisville, Kentucky.

So, after this move, Sen. Rand Paul (R) Kentucky, proposed to make this a nationwide ban in one of the most unprecedented anti-police state moves we’ve ever seen.

“After talking with Breonna Taylor’s family, I’ve come to the conclusion that it’s long past time to get rid of no-knock warrants. This bill will effectively end no-knock raids in the United States,” Paul said.

As Axios reports, Paul introduced a bill on Thursday that would prohibit federal law enforcement and local police that receive federal funding from entering homes without warning through a “no-knock” warrant, which was reportedly obtained by the officers that shot Louisville resident Breonna Taylor in her home on March 13.

Why it matters: In the wake of nationwide protests against the killing of George Floyd, there’s now a bipartisan consensus that police reform is necessary.

As many have pointed out, however, the bill proposed by Democrats is full of questionable language which could end up hindering the already difficult process of seeking transparency in policing. Rand Paul’s proposal we be far more effective at curbing police violence. 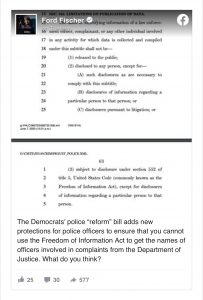 The idea of ceasing the use of no-knock raids is revolutionary when it comes to policing in the United States and its importance cannot be overstated.

Across the country—largely due to the failed drug war—police conduct more than 20,000 no-knock raids a year.

Breonna was murdered during one of them. Countless others are beaten, terrorized, and killed as well, and just like Breonna, cops often act on bad information.

“In theory, no-knock raids are supposed to be used in only the most dangerous situations … In reality, though, no-knock raids are a common tactic, even in less-than-dangerous circumstances,” Vox wrote in an revealing investigation in 2015. Case in point, Breonna Taylor.

A whopping 79 percent of these raids — like the one used to murder Dennis and Rhogena Tuttle in Houston, TX in 2019 — are for search warrants only, mostly for drugs. Just seven percent of no-knock raids are for crisis situations like hostages, barricaded suspects, or active shooters, according to an investigation by the ACLU.

What’s more, the study by the ACLU found that in 36 percent of SWAT deployments for drug searches, and possibly in as many as 65 percent of such deployments, no contraband of any sort was found.

Not only do these raids appear to be mostly unproductive, but they are often carried out on entirely innocent people based on lies, wrong information, or corruption, laying waste to the rights—and lives—of unsuspecting men, women, children, and their pets.

As we’ve seen in the case of Roderick Talley, drug task forces routinely conspire together to raid the homes of innocent people as a means of justifying themselves.

Cops have been routinely caught planting evidence, lying on warrants, and raiding wrong homes, and when we attempt to question this madness, we’re accused of hating cops.

Raiding homes with no-knock warrants was proven so horrifyingly ineffective last year in Houston with the murder Dennis and Rhogena Tuttle, that Houston Police Chief Art Acevedo vowed to end them.

However, unlike the aforementioned bans at the federal and city level, this was the chief simply promising not to do them.

As we reported at the time, in a move TFTP has never seen, the Houston police department is claiming they are taking steps to prevent future scenarios like this from happening—by ceasing the use of no-knock raids.

“The no-knock warrants are going to go away like leaded gasoline in this city,” Acevedo said during a heated town hall meeting on Monday.

Hopefully, this bill receives the bipartisan support it needs to pass and end this violent and destructive practice. It will take us one step closer to one of the most important solutions to ending police brutality, by chipping away at the war on drugs.