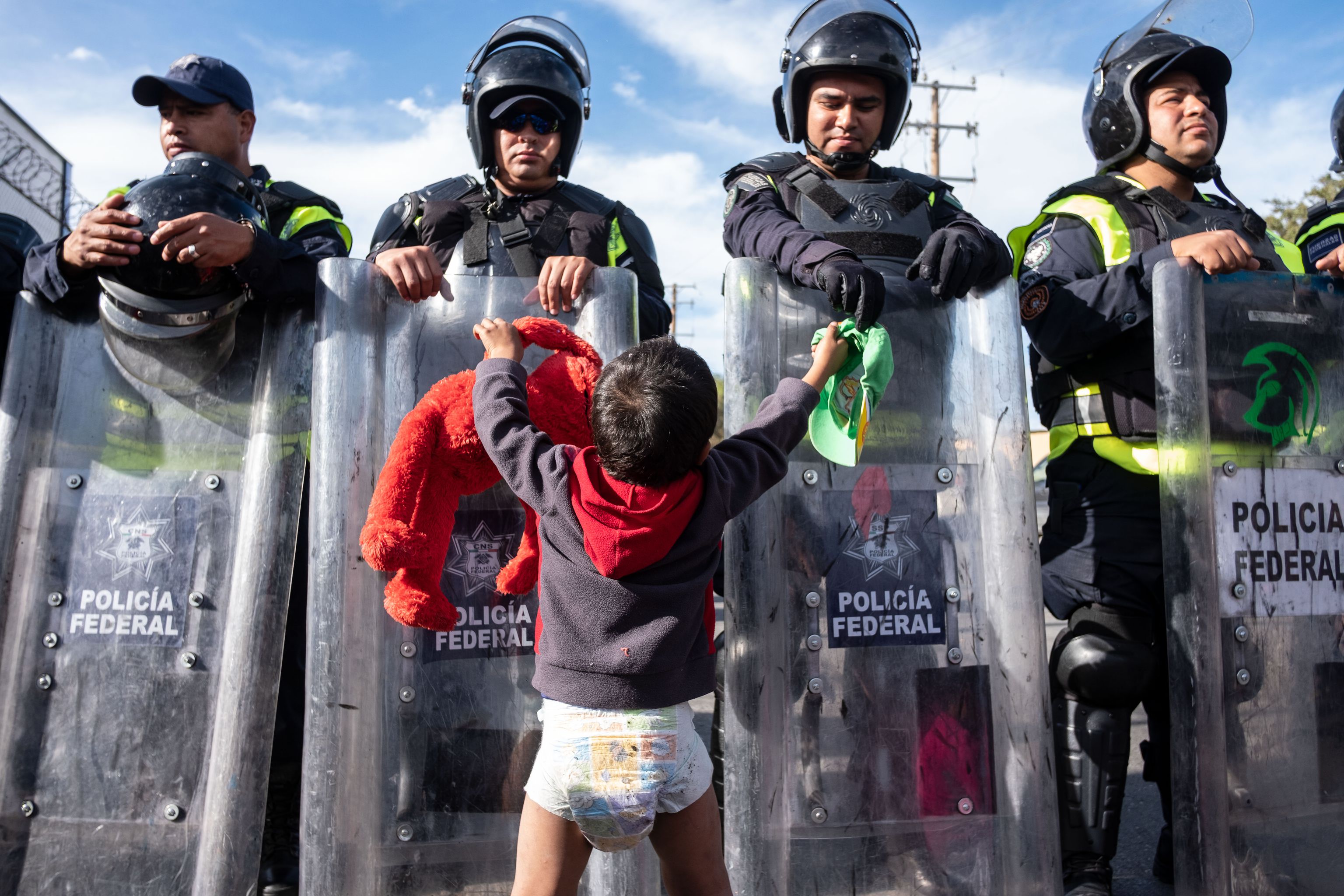 The Trump administration and its apologists are quick to point out that Barack Obama was as willing as Donald Trump himself to tear-gas desperate people trying to protect themselves by crossing America’s southern border. So he was, though many will refuse to believe it. Let’s not forget, after all, that Obama, like Trump, was willing to bomb men, women, and children in more than half a dozen Muslim countries. Those drones weren’t and aren’t dropping tear-gas canisters.

But that raises interesting questions: if every horrible thing that Trump has done so far was also done by Obama, why do Trump and his fans hate the former White House occupant so much? And why do so many Trump opponents love Obama? The Trumpsters ought to praise Obama, who set records for deporting people and prosecuting whistle-blowers under the espionage law.

Of course, the fact that the then-deferential media establishment downplayed Obama’s brutality and rights violations hardly makes what Trump is doing acceptable. So yeah, Trump is not the first monster to occupy the White House, not by a long shot. That doesn’t mean he’s any less the monster; he could be more so by some amount. I suppose Trump could say that at least he’s gassing intact families instead of separating parents from their kids before doing the disgusting deed.

Frankly, we should have known it wouldn’t have been too long before Trump turned on the gas. After all, lots of people are understandably fleeing terror states in Latin America — terror states the U.S. government helped to create beginning decades ago (including abominations committed by Secretary of State Hillary Clinton) — and Trump has staked his political life on “securing the border,” which somehow is supposed to “make American great again.” So he had to be ready to poison “invading” children and their parents to keep them from entering and … asking for asylum! I’m sure some people inside and outside the administration are silently chiding Trump for using too mild a gas. (“Tear gas is for losers.”) They must be wondering what some of Trump’s authoritarian buddies in other countries would have done. Remember, National Review thinks Trump is too wimpy on immigration because during the presidential campaign he said he’d put a reentry door in his big, beautiful wall. NR needn’t have worried: nowadays Trump openly supports cutting legal immigration.

(Speaking of the U.S. government’s responsibility for creating conditions that people are now fleeing, I note that both Clinton and John Kerry, another Obama secretary of state who helped create chaos in the Middle East and Africa, are now saying, apparently with no sense of irony, that Europe must crack down on immigration to keep the right wing at bay. I pray that hell has reserved a special place for those two.)

The Mexican authorities were of no help in the present situation. The migrants seeking to enter at San Ysidro, California, reportedly were peaceful until Mexican riot police interfered with their movement. “As frustrations grew, groups broke through the police cordon and tried to rush the fence on either side of the official crossing,” according to Vice. Before that, the crowd has been reciting, “We aren’t criminals! We are hard workers,” as they, Vice reports, “marched toward the border, calling for the right to asylum in the United States.” Then, according to AFP, “US agents fired tear gas and rubber bullets at hundreds of Central American migrants who climbed over a fence and attempted to rush the border from Tijuana, Mexico into the United States.”

This violence against innocent men, women, and children could have been avoided had the Mexican and American authorities worked together on an orderly entry procedure to enable the migrants to apply for asylum, as the U.S. government is obliged to allow for under the UN Convention Relating to the Status of Refugees, or the 1951 Refugee Convention, not to mention the simple rule of decency. (We’re seeing stories about migrants with serious health problems; the same was true when Ellis Island was booming, yet it stayed open. This is nothing that international humanitarian organizations couldn’t handle. The key is compassion and respect for individual rights.)

Trump probably wanted a confrontation because in his warped view it’s good for the country, his ego, and his political fortunes. He can show what a tough guy he is, and that surely must impress some people.

Trump and his thugs — why do those people not quit their jobs? Have they no shame? — are committing gross violations of individual rights and outrageous offenses to basic decency. As Charles P. Pierce writes in Esquire, “The people at the border literally are running for their lives. The idea that the United States is now actively hostile to asylum seekers is a nasty throwback to the 1930s.”

Pierce continues his parallel with the U.S. government’s turning away of Jews during the Nazi reign:

“The problem was that not enough people in America cared enough to understand why those Jews were fleeing, and from what they were fleeing in the first place. That is still the problem today. Radical Trumpists already are calling the weekend’s violence a successful repelling of a horde of ‘invaders,’ as though gassing shoeless toddlers was the equivalent of Charles Martel’s turning back the forces of the caliphate at Tours. That point of view will be taken immediately as the legitimate Other Side of the argument regarding using chemical weapons on impoverished children.

“These are people being told through violence that they have to return to the violence that drove them out of their countries in the first place. The ones with longer memories will recall the days when the United States used Honduras to initiate violence in Guatemala and El Salvador for the purpose of initiating it in Nicaragua. The younger ones will simply hate us. The Imperial Prerogative comes with some very heavy dues.”

We have no need to fear migration or refugees, but those who do fear them might start working to liquidate the American empire, for the chaos it has wreaked in Latin America, the Middle East, and Africa is one of the great instigators of mass migration.