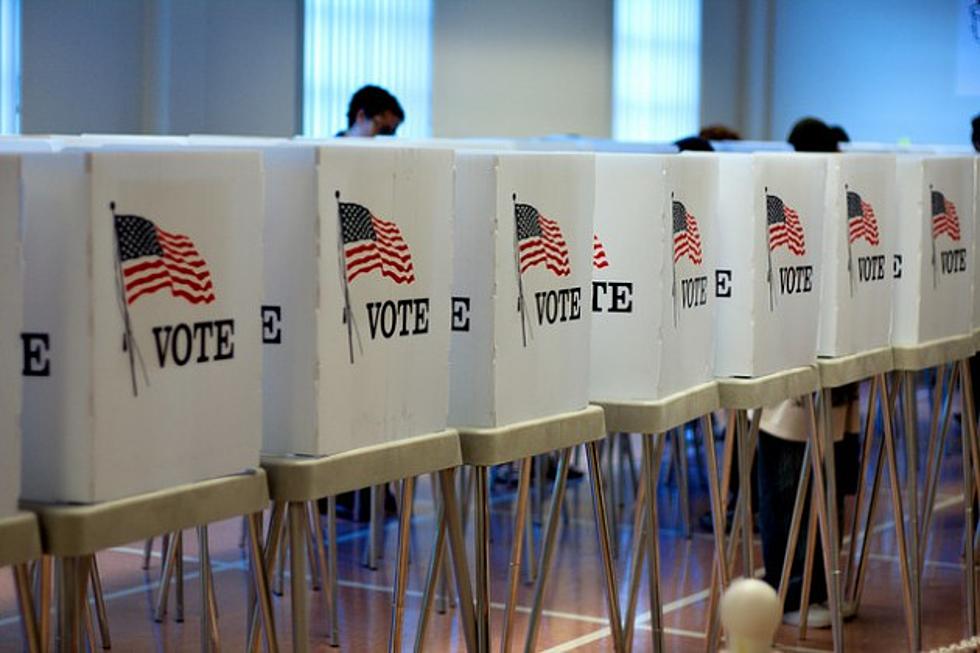 Last Tuesday, special day that it was, I awoke early and prepared to go out. By 7 a.m., I was where I always go on this special day, eager to do my duty and exercise my sacred right to choose. Entering the warm, brightly lit building, I was greeted by friendly folks who make me feel welcome. Not many others were there yet.

I got down business and made quick work of it. Systematically, I scanned my alternatives in the various categories, now and then consulting the list on my mobile phone that I had earlier drawn up so I wouldn’t forget my game plan. Everything was just as I expected it to be, and so I executed my plan flawlessly. I made my picks and bypassed those that I saw no need for.

My choices made, I left content, confident I had achieved everything I had set out to achieve.

To be more precise: in each case, my choices counted; no, better: they were decisive. In other words, I got everything I wanted — on the spot.

Obviously, I was not at the polling place on Tuesday, which I hear was election day. I was at the supermarket. But I didn’t lie. Tuesdays are special: it’s the day my supermarket discounts all items for those they call “seniors.” The discount more than offsets the sales tax. That makes it a special day, though, alas, the state still takes it illicit cut.

The tip-off that I had not been at the polling place should have been my statement, “I got everything I wanted — on the spot.” This cannot happen at the polling place. There, my choices would have been limited to two or three or possibly four candidates, but only two had any real chance of winning since one of the dogmas of our civic religion is that any “third party” is somehow suspect.

True, the supermarket must limit the selection; shelf space is limited. But I usually see more than four choices in most categories, and store owners have a continuing incentive to expand their stocks to please their customers, who, unlike taxpayers, can say, “No thank you.” And I can always go someplace else where the stock is more to my liking. Yet I can go to only one polling place, which doesn’t matter because every polling place has the same limited stock — like the stores in the old Soviet Union.

Also at the polling place, no one’s choice is decisive; for many people, that’s a feature, but it looks like a bug to me. Unlike at the supermarket, what you see isn’t necessarily what you get. At the supermarket, if I want bacon rather than sausage, I get bacon every time. But my preferring candidate Jones to candidate Smith for dog catcher does not mean I will get Jones. Sure, you make your “free” choice among the vetted candidates, but you don’t know what you’ll get until all the votes are counted. Despite that other constantly repeated dogma, your vote doesn’t really count. In nearly all cases, the chance of a tie is only insignificantly greater than zero. What matters is how a whole lot of other people voted, and what they do on election day has nothing to do with what I do. I have not lived through a single election the outcome of which would have differed had I done something other than what I actually did on that day. Last Tuesday was no different.

Since my “votes” are decisive in the supermarket, I have a natural incentive to think carefully about what I want, although, within limits, if I make a mistake, I can exchange what I choose for something else or even get my money back. Try that in an election. Candidates may say they favor this rather than that, but they might only be saying what they think the voters want to hear. What the winners end up doing could markedly diverge from what they promised to do or undo, but even in the most flagrant instances, you can’t get your vote (or money) back. Even if we assume no lying, you rarely agree with everything a candidate believes, yet you have to accept or reject the entire package. That’s like having to choose between two pre-loaded shopping carts at the supermarket.

Another thing that gives me an incentive to choose with great care what I buy is that, for the most part, I will not only reap the benefits but also bear the costs of my own choices. That has a way of concentrating the mind. In an election, even under the best of circumstances, only a sliver of the costs will fall on any particular individual, although the total costs could be immense. Worse, most individuals probably won’t realize that the costs are attributable to what the officeholders have done. Tracing the consequences of much of what officeholders do requires at least a basic understanding of how markets and the price system work. Few voters understand economics.

In light of this, most people do no serious research about candidates. Candidates know this and exploit it to the hilt. That’s why election campaigns look more like theater — bad theater — than markets. The candidates seek to create atmospheres in hopes of emotionally motivating enough people to go to the polls and vote for them. Top among the emotions aimed for is fear, which makes for a proliferation of bogeymen (such as immigrant invaders and foreign manufacturers).

Now I know that the standard response here is that what we buy at the supermarket or bookshop or even the insurance agency and doctor’s office is not like the things that elections are concerned with, that is, those things known as indivisible and nonexcludable public goods. Fair enough — except that 1) government does lots of things that bear no resemblance whatever to classic public goods and 2) a voluminous historical and theoretical literature exists documenting that public services, including security and conflict resolution (assuming they really are public goods), have at one time or another been provided in what look awfully like … marketplaces.

So maybe we’ve been sold a bill of goods in the state. Let’s check our premises, shall we? (Here are more titles in addition to the archive linked to above: Harold Berman’s Law and Revolution, Peter Leeson’s Anarchy Unbound, Gary Chartier’s Anarchy and Legal Order, Edward Stringham’s Private Governance, and Robert Ellickson’s Order without Law.)

As for elections, I’d rather spend my time doing things that are likely to benefit myself and those I care about. Practicing rituals designed to make the predator state look like a saintly government of, by, and for the people is not among them.