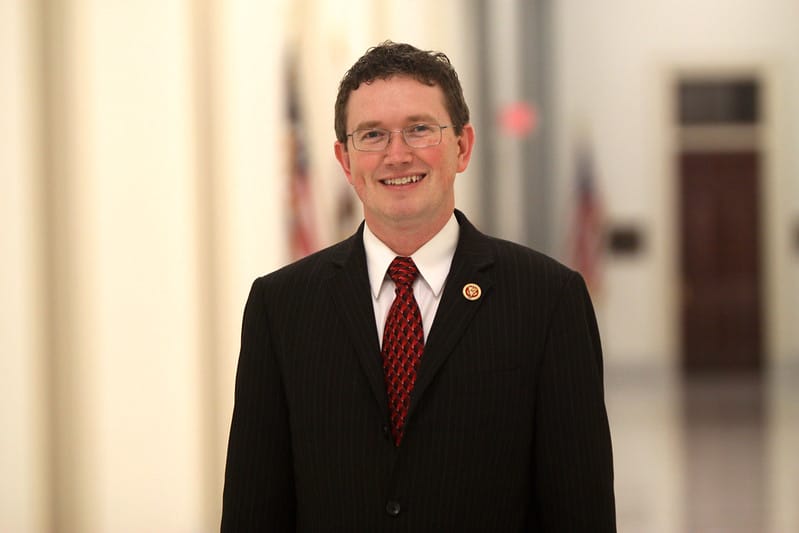 While legislation aimed at Russia has been overwhelmingly passing through Congress, each bill has seen “no” votes from a small handful of Republicans in the House. The opposition to the measures has led to Democrats smearing the GOP members as “pro-Putin.”

Rep. Thomas Massie (R-KY) is the only House member to vote against every piece of legislation targeting Russia, including a resolution expressing support for Ukraine that was voted on shortly after the invasion began. Massie, Rep. Gosar (R-AZ), and Rep. Rosendale (D-MT) were the only ones to vote against the resolution, which was passed on March 2.

Explaining his opposition to the resolution, Massie said the call to provide Ukraine with “defensive security assistance” was too open-ended. “This term is so broad that it could include American boots on the ground or, as some of my colleagues have already requested, US enforcement of a no-fly zone,” he wrote on Twitter.

The resolution also called for “fully isolating” Russia’s economy, which Massie warned could also hurt the U.S. economy. Other lawmakers expressed this sentiment when they voted against a bill banning the import of Russian oil, which reinforces an executive order signed by President Biden. Two Democrats, Reps. Ilhan Omar (MN) and Cori Bush (MO), joined a group of Republicans in voting against the oil ban.

Massie and Reps. Matt Gaetz (R-FL) and Marjorie Taylor Greene (R-GA) were the only House members to vote against a bill that downgrades Russia’s trade status. The legislation and the oil ban come as Americans are facing soaring gas prices and inflation. President Biden has admitted that the sanctions campaign against Russia will hurt the U.S. and Europe and even warned of “real” food shortages.

On Wednesday night, the House passed a bill directing the U.S. government to collect evidence of alleged Russian war crimes to facilitate international trials. Massie, Greene, and four other Republicans voted against the legislation.

Explaining his vote on Twitter, Massie wrote: “Some of my colleagues and I voted against this resolution in part because it contains language that could set the table for bringing spurious war crimes charges against American service members for mistakes made during military operations in theaters such as Afghanistan.”

Despite Massie’s reasoning, Democrats jumped on the war crimes vote to smear the GOP members. “The GOP’s Pro-Putin faction is anti-democratic,” the Democratic Congressional Campaign Committee wrote on Twitter. Rep. Sean Patrick Maloney said that “Democrats stand with Ukraine” while “Republicans are Putin-curious.” Last week, Rep. Hakeem Jefferies claimed there was a “pro-Putin caucus” among Republicans.

Similarly, former Hawaii Rep. Tulsi Gabbard, who served as a Democrat, came under fire when she raised concerns over the US-funded biological labs inside Ukraine, which Pentagon officials have admitted could contain Soviet-era bioweapons. For raising the concerns, Senator Mitt Romney (R-UT) smeared Gabbard as a “treasonous liar.”