The Soviets Intervened in Afghanistan Knowing It Was Stupid

The Soviets Intervened in Afghanistan Knowing It Was Stupid 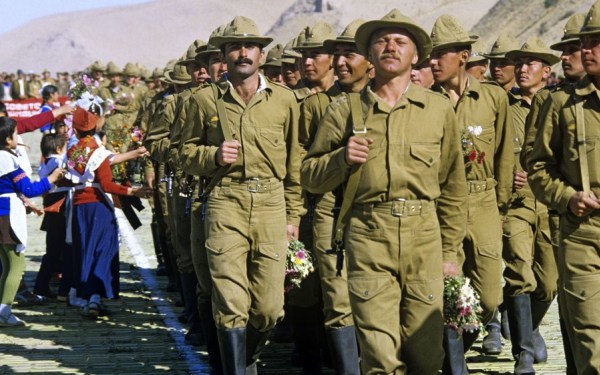 In March 1979 Afghanistan’s new Communist government begged the Soviet Union to come to its aid in crushing a rebellion in its Herat province.

The Soviet politburo sat down in Moscow, and in a four-day debate, listed all the reasons why this was an extremely bad idea, and roundly rejected it.

Then in December the very same politburo which in early 1979 explained so well why a direct military intervention in Afghanistan was such a stupid idea now approved it.

In March the Soviet leadership felt an intervention in Afghanistan would mean they would become involved in fighting the Afghan people, they wouldn’t be able to explain the intervention to Soviet citizens, and it would cause greater tension with the US and the western world.

In December 1979 they still believed all these things but now they intervened anyway.

They were right to think it was a bad idea. Going in they hoped they could withdraw again within a year at most. As it was they stayed for ten years, dreaming of withdrawal every day.

In effect, the reluctance of the Soviet leadership in 1979 to write off increasingly dysfunctional Afghanistan as a lost cause, transformed a short-term embarrassment into a decade-long agony.

In the end, the Soviets successfully shored-up the pro-Soviet government in Kabul to the point where they could withdraw in early 1989 and not have it collapse immediately. But given the Soviet treasure and Afghan lives this modest accomplishment took it could hardly be called a success, much less a victory. 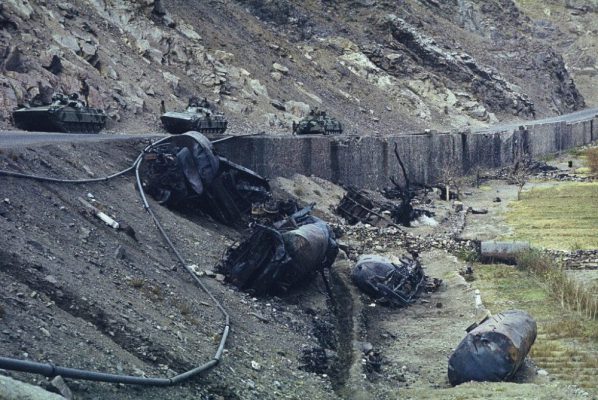 Ironically, the main reason why the Soviets went into Afghanistan was because they felt the Afghan Communist government was too radical, too brutal, too murderous, in short too communistic. It reminded the relatively mellow dinosaurs in the Kremlin of Stalin and Pol Pot. It was giving Communism a bad name. So the USSR invaded, decapitated it, and took over that task for itself.

Contrary to Cold War propaganda in the west the Soviets did not initially move in to bring Communism to Afghanistan, but on the contrary — to limit its excesses.

The shrewd and ambitious Afghan political operator Hafizullah Amin, who kept a portrait of Stalin on his desk, rebuked their advice and maneuvered himself into leadership position over the bodies of his political enemies. Now the outlook of the regime in Kabul fully reflected his own:

In their fanaticism, and in their belief that a deeply conservative
and proudly independent country could be forced into modernity at
the point of a gun, the Afghan Communists resembled the Pol Pot
regime. Unlike in Cambodia, however, in Afghanistan the people were
not prepared to be treated in this way by their government.

In the most immediate sense the Soviet invasion was directed against Amin, who was deposed and killed for being too much of a Communist. According to the Soviets this meant the country would either be devastated by Amin’s atrocities, or even more likely, he would soon fall, embarassingly making for the first Communist regime to be toppled by a popular revolution. 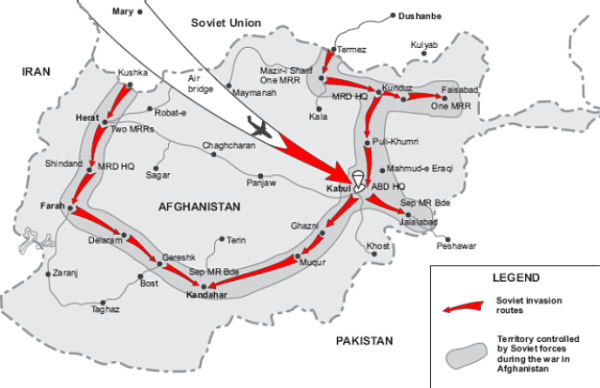 The Soviets needed one day to take over the country. 9 years, 3 months and 3 weeks to leave it.

Another reason the Soviets moved in is that they feared if they did not, the Americans would. That would have undoubtedly happened but then so what? Impassable, landlocked and poor, a more strategically irrelevant place than Afghanistan would be hard to imagine. Yet the map gazers in Moscow as much as the ones in DC somehow convinced themselves this was somehow a key piece of the “grand chessboard”.

Aside from its border with the Central Asian Soviet republics the country was completely irrelevant to anything and everything. And even some kind of pro-American presence on the Soviet southern border would have scarcely been an existential threat. Until 1979 the Americans were firmly lodged in Iran — a much more relevant Soviet neighbor to the south, yet the USSR managed just fine.

As it was, the Communist Afghanistan ironically outlived the Soviet Union and the entire Eastern Bloc. It was not toppled until the spring of 1992 having fought a valiant battle in the last nine months of the civil war completely on its own, as Yeltsin obliged Washington by cutting off aid to Kabul even as US, Pakistan and the Saudis continued to supply the Mujahedeen.

In other words, when the dust had cleared the Soviet Communists had retained Kabul and lost Moscow.

For more on this topic I recommend the great scholarship of Rodric Braithwaite (the last British ambassador to the USSR) and Artemy Kalinovski: