States Don’t Have Rights, People Do

States Don’t Have Rights, People Do 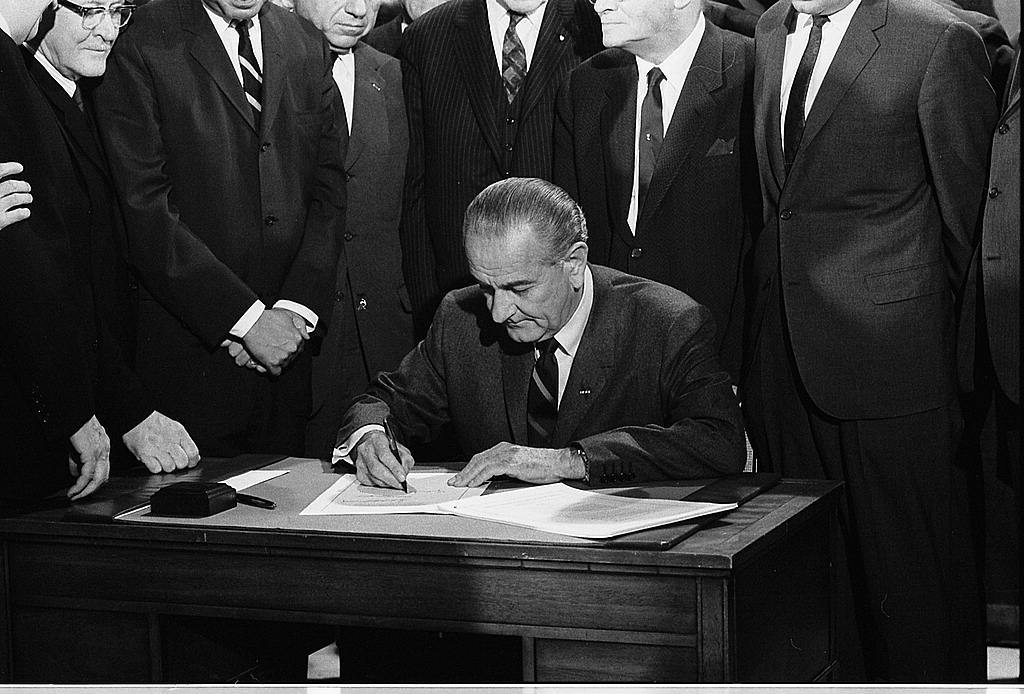 Decentralization of power is one of the defining features of the freest societies in the world today. A unitary federal government cannot and should not be attempting to unilaterally impose its will upon millions of people whom it has little to no knowledge of or experience with. As such, ensuring that lower levels of government have their own responsibilities, rule over a smaller geographical area, and administer a smaller population within a larger federal framework can be a key political feature in ensuring that the rights of all people living within a nation are respected.

Furthermore, lower-level polities often implement laws which respect personal freedom much more than those of higher-level ones. Marijuana legalization in the United States is a good example. Marijuana remains illegal at the federal level in the U.S. However, many states have passed their own laws which allow individuals to consume marijuana in violation of Federal law. This is an example of nullification, where state and local governments cease or prevent the enforcement from laws of higher-level governments. From a libertarian perspective, ensuring that states have the ability to nullify federal laws is key to ensuring that tyrannical legislation cannot be universally imposed on a nation. Furthermore, lower-level governments having the ability to declare independence from a national government and secede, thus nullifying that national government’s control over it entirely, is also an effective way of ensuring that the rights of individuals are respected.

However, as with all powers delegated to the government, federalized political systems can and will be abused by politicians and other political interest groups to their own benefit. In western countries the most famous example of this is the American Civil War. For various reasons, the U.S. federal government wanted to eliminate chattel slavery nationwide among other measures which would have negatively affected those who held political power in the southern states. As such, the South declared independence from the North, claiming it was their right to keep slavery legal, leading to the American Civil War.

Slavery quite obviously violates the non-aggression principle, and would be criminal in a free world. Countless other examples can be found of state and local governments implementing tyrannical laws while using decentralization of power as an excuse for their actions. Segregation in the American south continued for a century after the Civil War, only ending with the federal Civil Rights Act of 1964 which outlawed segregation nationwide. Sodomy laws criminalized homosexual activity, as well as certain heterosexual sex acts such as oral and anal sex, until 2003 in many U.S. states. The Supreme Court failed to declare these laws unconstitutional in the 1986 case Bowers v. Hardwick, and it was not until the 2003 Lawrence v. Texas decision that these laws were struck down nationwide. The fact that countless numbers of LGBT people were being sent to prison in the United States simply for having gay sex at the same time most Americans had internet access in their homes, George W. Bush was president, and the Iraq War was ongoing highlights the issues with federalism, as well as the U.S. political system as a whole.

It is clear from this and countless other examples worldwide that nullification is not an unalienable right of states that should be defended under any circumstances. States do not have rights, people do, and any political system needs to be designed with the goal of maximizing the rights of individuals. As such, systems should be implemented to ensure that state, federal, and local governments can keep each other in check, having the ability to repeal laws passed by higher or lower level governments. This can be done through law-making powers granted to the various branches of government, such as a legislature passing a nullification bill or a court declaring a law unconstitutional. That way, the fewest number of laws will be passed or enforced, leaving as many things as possible to be handled by private individuals.

A possible caveat to this is that governments may cease to enforce laws which should otherwise be enforced. For example, some cities have explicitly stated that they will not be prosecuting petty theft, leading to a rise in shoplifting. The taxes for police have already been paid, and effective private alternatives cannot arise when governments simply stop enforcing these laws. Thus, some would argue that systems in which local, state, and federal government can cancel out each other’s laws would increase instances of such things happening.

However, a system of unrestricted local nullification would allow such things to happen anyway. If a city like San Francisco wants to nullify state or federal property laws, it would have the ability to do so, more so than it already does. Thus, the only additional risk of giving state and federal governments the ability to nullify local laws is if such policies were implemented at higher levels of government. The political threshold for a state or national government to cease enforcement of property laws in this way is much higher than it is for city or county governments. While a locality can easily become a left- or right-wing political enclave, a state or country will have a much broader range of ideologies represented among its population. Thus, the odds of a state or federal government banning local governments from enforcing property laws is very low in a democratic system where the majority of the population supports some level of property rights. In any case, the number of people living in parts of the country where property laws aren’t enforced could only ever rise by a very small amount.

While decentralization of political power and nullification are key ways in which the power of the federal government can be kept in check, they should not be absolute. State and local governments must not have unrestricted authority to pass whatever tyrannical laws they wish. Federal and state governments having the ability to nullify the laws of lower levels of government is an effective way of ensuring the rights of private individuals, as was demonstrated with the end of slavery, segregation, and sodomy laws. While no political system is perfect, such a system would be beneficial far more often than it would be harmful.