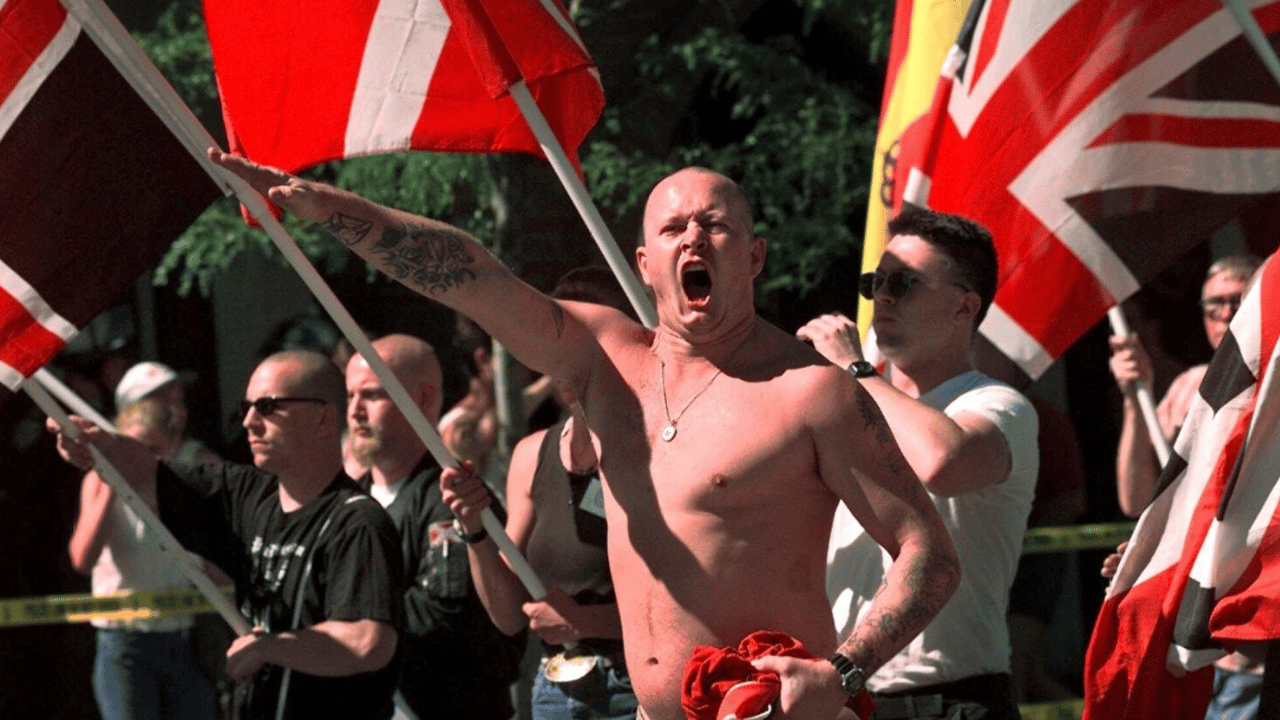 When reading the recently released book on racist extremism, “A History of Hate in Ohio,” I was struck by a statistic about the growth of the neo-Nazi group Aryan Nations between the time of the Waco massacre in 1993 and the Oklahoma City bombing two years later.

“In 1993 Aryan Nations was present in only three states. As Klanwatch reported in March 1995, Aryan Nations staged an alarming comeback in 1994,” write authors Michael Brooks and Bob Fitrakis. “Aided by money from the Aryan Republican Army [a domestic terrorist group that committed numerous armed robberies], the Idaho-based group swept into 15 states, including Ohio, in 1994, and ended up in 30 states by 1995.”

This statistic went against my understanding of the Aryan Nations, which was a notorious white supremacist organization in the 1980s, but whose members were mostly dead, dying, or neck-deep in legal woes by the 90s.

What could have accounted for the resurgence? While incidents such as Ruby Ridge and Waco inflamed anti-government sentiment, why would they revitalize a neo-Nazi organization that, by all accounts, was largely irrelevant by that time?

I asked historian Wendy Painting, author of the 2016 doctoral thesis-turned-book “Aberration in the Heartland of the Real: The Secret Lives of Timothy McVeigh.”

In response to my question, Painting provided me with an excerpt of an interview she conducted with former Aryan Nations head of security John Bangerter, who explained that the FBI flooded the organization with cash in 1994, the year of its resurgence.

“That’s just the way it was at that time. We were infiltrated. We knew it and we always used that to our advantage. It was normal to have to deal with that. We didn’t stop talking to them, we talked to them more to try to feed them as much disinformation as we could,” the former Aryan Nations security head, who has long since disavowed his racial ideologies, told Painting. “Plus, we kept them close for the money. We always got money from them. They paid for everything. They handed out stacks of money like it was paper.”

One FBI informant even paid for people to travel to the 1994 Aryan Nations congress, according the Bangerter interview. The Libertarian Institute is withholding the informant’s name while Painting continues to research him for her next book, “Redacted,” which will also feature the Bangerter interview and more of the former Aryan member’s story.

“We’d go out shooting with [the FBI informant] and he funded many of our trips to Aryan Nations in Idaho. He was always loaded with a lot of money, always had $100 bills on him,” the former Aryan Nations member told Painting. “Anything we wanted, [the informant] had the cash. He drove to Aryan Nations with us in the summer of ’94.”

While the FBI’s cash wouldn’t be the only factor driving the growth of the Aryan Nations, keep in mind that what Bangerter described only represents a small fraction of the FBI’s right-wing infiltration activities in the 1990s—activities that, according to FBI informant-turned-whistleblower John Matthews, were designed to incite extremist groups to violence.

These activities included a 90s-era operation code-named “Patriot Conspiracy” (PATCON), which entailed bureau agents posing as neo-Nazis and running a front group called the Veterans Aryan Movement. The Veterans Aryan Movement bore striking similarities to the aforementioned Aryan Republican Army, representing itself as a domestic terrorist organization that funded the right wing via the proceeds of armed robberies.

Though there’s no public evidence yet that the Veterans Aryan Movement directly subsidized Aryan Nations, the FBI front group did conduct similar activities as described by Bangerter—networking with right-wing extremist groups and flashing cash in an attempt to garner their trust.

Moreover, considering Matthews’ whistleblower allegations about PATCON being designed to incite, and that the operation resulted in zero arrests, then at best it failed to deter the Aryan Nations. At worst… well, that may be revealed if and when an ongoing federal court case involving Matthews is finally unsealed (a federally appointed special master has been investigating allegations since 2015 that the FBI threatened Matthews against testifying in the proceedings).

Meanwhile, the Biden administration is ramping up its war on right-wing extremism. If today’s federal law enforcement officials are sincere about their desire to quell extremism, they’d do well in learning from the dismal failures the FBI’s operations against right-wing groups in the 90s.