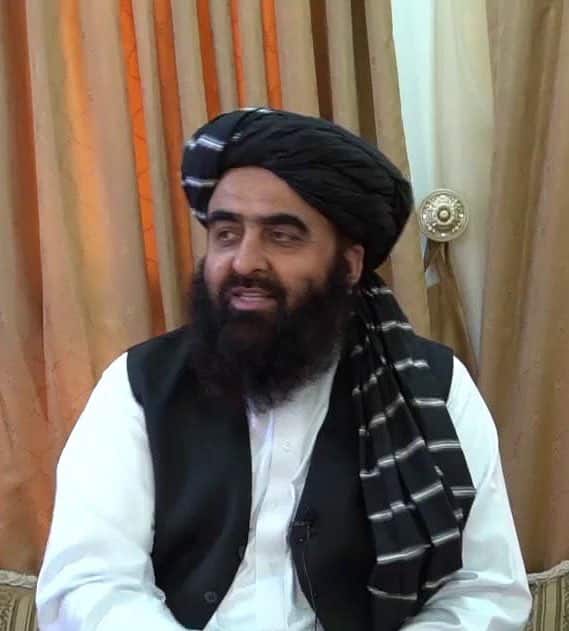 Afghanistan’s acting foreign minister held his first news conference on Tuesday and reiterated a pledge from the Taliban that the new government would not allow militants inside Afghanistan to attack other countries.

“We will not allow anyone or any groups to use our soil against any other countries,” said Foreign Minister Amir Khan Muttaqi, a member of the Taliban since the 1990s.

Since the U.S. withdrawal, Western media has been full of stories conflating the Taliban with al-Qaeda and warning that al-Qaeda will gain a foothold in Afghanistan. But the Taliban have a clear interest in not giving the U.S. another pretext to invade Afghanistan.

Afghanistan just happens to be where bin Laden was at the time of the September 11th attacks. None of the hijackers were Afghans and much of the plot was planned in other countries, including the US and Germany.

Besides al-Qaeda, the U.S. is also concerned with the Afghan ISIS affiliate, known as ISIS-K, the group that took credit for the suicide bombing at the Kabul airport. But the Taliban and ISIS-K are sworn enemies. The U.S. has even provided air support to the Taliban in its fight against ISIS-K.

While the Taliban have said they don’t need any more help from the U.S. to fight ISIS-K or other groups, they do want relations with the U.S., something Muttaqi reiterated on Tuesday.

Muttaqi also called on the U.S. to release frozen Afghan funds since the Taliban cooperated on the evacuation. “We provided safe passage for U.S. soldiers to leave Afghanistan, but instead of thanking us the U.S. has frozen Afghanistan’s assets,” he said.