TGIF: Let’s All Calm Down about Russia

TGIF: Let’s All Calm Down about Russia 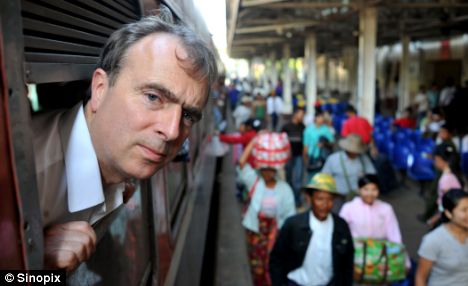 I can understand why the ruling elite, broadly conceived to include the intel bureaucracy and military-industrial complex, has an interest in positing Russia as our enemy. The reasons are obvious enough. What I can’t understand is why common Americans would fall for it. They have everything to lose and nothing to gain from swallowing this line.

After all, the stakes are extremely high. The United States and Russia have thousands of nuclear warheads pointed at each other, and their forces are in close proximity in Syria. Yet major bipartisan elements of the U.S. government, including the intelligence bureaucracy, persist in aggravating tensions. The public is led to believe that the reason for the problems is the Russian attempt to interfere in the presidential election on behalf of Donald Trump. But that remains an allegation for which no evidence has been produced. It also doesn’t pass the smell test. For example, it is said that the diabolically clever Russians left their digital fingerprints all over the crime scene. It has also been “reported” that Russian President Vladimir Putin expected Hillary Clinton to win the election, but he interfered anyway so he could damage her presidency as payback for her having impugned the legitimacy of his own election. Think about that for a few minutes.

The absurdity of the election story has not stopped American politicians from recklessly charging the Russians with an “act of war.” Do these people realize what they are saying? (Considering the U.S. government’s record of interfering with other countries’ political systems, the politicians’ self-righteousness is downright laughable.)

Not coincidentally, Trump made cooperation with Russia a campaign theme. Such cooperation, of course, would be costly for civilian and military bureaucrats and government contractors. Yet even if Trump has corrupt business motives for favoring detente, it is still a good idea for the American people and the world.

So, are we witnessing what is being called a “soft coup” against the Trump administration? The thought is not so outlandish. Nor would it be the first time the intelligence bureaucracy has tried to interfere with East-West detente.

At the beginning of the end of the Soviet Union, a spokesman for Mikhail Gorbachev told some reporters from the West, “We have done the cruelest thing to you that we could possibly have done. We have deprived you of an enemy.” That insight explains a lot of what has happened ever since the Warsaw Pact dissolved in 1989 and the Soviet Union closed shop in 1991. It explains why, despite the historic collapse of the Union of Soviet Socialist Republics, American presidents expanded NATO to Russia’s border, interfered with its political-economic system, and meddled in neighboring countries politically and militarily. America has 60,000 troops in Europe and has placed military personnel and equipment on Russia’s border, while German and other NATO troops join in war simulations. (Such actions were decried by George Kennan, the Russia scholar and diplomat, and Jack F. Matlock Jr., who was ambassador to the Soviet Union under Ronald Reagan and George H. W. Bush.)

I found that quote from Gennadi Gerasimov in an extraordinary 2016 article by conservative English journalist Peter Hitchens, “The Cold War Is Over.” It’s an article that ought to be read by all Americans, especially those who give any credence to what their (mis)leaders, (mis)representatives, and public (self-)servants — not to mention the news media — tell them daily. (I had the pleasure in the 1990s of dining with Hitchens at the Washington, D.C. home of his late brother, Christopher.)

Peter Hitchens was posted to Moscow for two years beginning in 1990, so he witnessed the remarkable transition toward normalcy. He is no fan of Vladimir Putin, and no advocate of a police state. He writes:

I view him [Putin] as a sinister tyrant. The rule of law is more or less absent under his rule. He operates a cunning and cynical policy toward the press. Criticism of the government is perfectly possible in small-circulation magazines and obscure radio stations, but quashed whenever it threatens the state and its controlled media. Several of the most serious allegations against Putin — alleged murders of journalists and politicians — have not been proven. Yet crimes like the death in prison (from horrible neglect) of Sergei Magnitsky, a lawyer and auditor who charged Russian officials with corruption, can be traced directly to Putin’s government, and are appalling enough by themselves.

Hitchens’s distaste for the police state, including armed cops, is displayed in his blog post “The First Casualty of Terrorism is Thought,” which he wrote in the wake of the recent terrorist attacks in London. To wit: “Here we go again, responding to events with emotion rather than reason. UKIP [UK Independent Party] chieftains talk of internment. Columnists suggest the closing of mosques. Yet at the same time we praise ourselves for not panicking. Well, one or the other, but not both.” And: “It is still my view that unarmed officers, patrolling alone, always did and would now do more in the long run to protect us from crime and disorder of all kinds happening in the first place, than phalanxes of armed and armoured officers, loaded with weapons.”

So Hitchens’s advice about how to regard Russia can be taken seriously without suspecting an affinity for Putin or a Trump-style police state. He is simply someone who knows the difference between Russia and the Soviet Union and sees no point in a new Cold War.

About the West’s attitude toward Putin, Hitchens says what needs to be said over and over:

Western diplomats, politicians, and media are highly selective about tyranny. Boris Yeltsin’s state was not much superior to Vladimir Putin’s. Yeltsin used tanks to shell his own parliament. He waged a barbaric war in Chechnya. He blatantly rigged his own re-election with the aid of foreign cash. He practically sold the entire country. Russians, accustomed to corruption as a way of life, gasped at its extent under Yeltsin’s rule. Yet he was counted a friend of the West, and went largely uncriticized. Turkey’s Recep Tayyip Erdogan, who locks up many more journalists than does Mr. Putin, who kills his own people when they demonstrate against him, and who has described democracy as a tram which you ride as far as you can get on it before getting off, has for many years enjoyed the warm endorsement of the West. His country’s illegal occupation of northern Cyprus, which has many parallels to Russia’s occupation of Crimea, goes unpunished. Turkey remains a member of NATO, wooed by the E.U.

As for Saudi Arabia and China, countries much fawned upon by the Western nations, the failure to criticize these for their internal despotism is so enormous that the mind simply refuses to take it in. But I need not go on. The current attitude toward the Putin state is selective and cynical, not based upon any real principle.

Selective, indeed. Hitchens could have gone just a bit further back in history and found many more examples of American and British enabling of bloody tyrants. But, some will say, those other tyrants were not expansionists like Putin and therefore a threat to the West. Let’s see what Hitchens has to say about that.

The experience of living in that sad and handsome place brought me to love Russia and its stoical people, to learn some of what they had suffered [under Soviet rule] and see what they had regained. And so, as all around me rage against the supposed aggression and wickedness of Vladimir Putin’s Russia, I cannot join in. Despite the fact that Moscow has abandoned control of immense areas of Europe and Asia, self-appointed experts insist that Russia is an expansionist power. Oddly, this “expansion” only seems to be occurring in zones that Moscow once controlled, into which the E.U. and NATO, supported by the U.S., have sought to extend their influence.

The comparison of today’s Russia to yesterday’s U.S.S.R. is baseless. I know this, and rage inwardly at my inability to convey my understanding to others….

He then drives the point home.

Nobody who has seen these things [I have seen] could possibly compare the old Soviet Union with the new Russia. The trouble is, almost nobody has seen them. Nor, it seems, has anyone noticed the withdrawal of Moscow’s power from 700,000 square miles of territory which it once held down with boots and tanks and secret policemen. Somehow or other this unprecedented peaceful withdrawal of a power undefeated in war is being portrayed as “expansionism.” Nobody who understands history, geography, or, come to that, arithmetic can possibly accept this portrayal. There is much to criticize in Russia’s foreign policy, especially if one is a Ukrainian nationalist, but the repossession of Crimea does not signal a revival of the Warsaw Pact. It is instead a limited and minor action in the context of this conquered and reconquered stretch of soil, the ugly but unexceptional act of a regional power.

Hitchens winds down by reminding us that “Russia is invaded all the time — by the Tatars, the Poles, the Lithuanians, the Swedes, the French, us British, the Germans, the Japanese, the Germans again: They keep coming. Nor are these invasions remote history.” He then asks Americans to imagine how they would feel if just a small fraction of what the West has been doing to Russia were happening on America’s borders: “I cannot see the U.S. sitting about doing nothing, especially if it had repeatedly warned in major diplomatic forums against this expansion of Russian power on its frontiers, and been repeatedly ignored over fifteen years or so.”

He closes with a plea for understanding and a concern for peace: “Out of utopian misery has come the prospect of rebirth. It is as yet incipient. But I see great possibilities in it, in the many once-blighted churches now open and loved and full again, in the reappearance of symbols of pre-Bolshevik Russia, in the growth of a generation not stunted and pitted by poisoned air and food, nor twisted by Communist ethics….. Why then, when so much of what we hoped for in the long Soviet period has come to pass, do we so actively seek their enmity?”