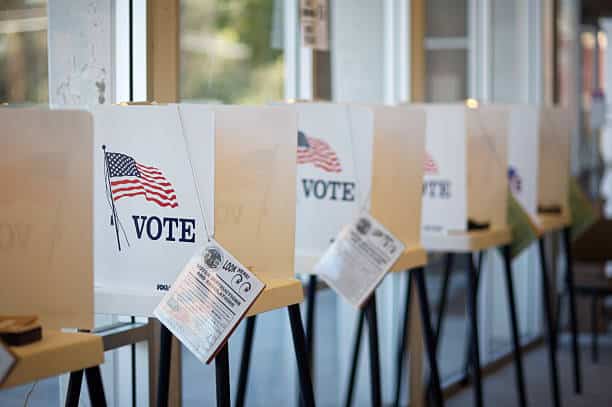 American leaders and their loyal media pundits love to sit in judgment of other countries’ election, declaring them fair or rigged according to their seemingly meticulous standards. In fact, the real standard is that the regimes “we” like hold free and fair (enough) elections, while the regimes “we” dislike don’t. What about regimes “we” like that hold no national elections at all, like Saudi Arabia? They are forgotten whenever the loveliness of democracy is the topic of discussion.

Maybe a broader approach would shed light on the matter. We could ask: does any country have really free and fair elections? In other words, could an election be described that way even if the authorities did not engage in blatant voter or candidate suppression or outright vote fraud?

I’m not trying to be clever here. I am not one of those people who might say that since free will is an illusion, the idea of a free election must also be an illusion. Free will is real. To borrow a trope from philosopher Etienne Gilson (1884-1978), free always buries its undertakers. (Gilson said this about philosophy, though many people think he said it about metaphysics or natural law. What he said applies to these.)

I’m saying that other features intrinsic to political elections prevent them from being truly free and fair. First, the people who cast votes do so under duress. Not that armed agents of the state literally hold guns on to their heads as they go to the polls. It’s more subtle: opting out of an election is not the same as opting out of the consequences of the election. The latter cannot be done. Nonvoters are subject to the same impositions as voters are. If the winning candidate raises taxes and interferes with peaceful conduct, everyone will be caught in the net. The only way to escape is literally to leave the jurisdiction, which implies that government owns all property. Of course, one cannot leave a jurisdiction without entering another, which will likely have similar impositions. (Political competition among jurisdictions may provide some relief at the margin.)

Because of the duress under which people vote, Lysander Spooner acknowledged that a person might vote simply in self-defense: “In short, he finds himself, without his consent, so situated that, if he use the ballot, he may become a master; if he does not use it, he must become a slave. And he has no other alternative than these two. In self-defence, he attempts the former.”

I’m reminded of Herbert Spencer’s sarcastic comment on the popular idea that nonvoters are not entitled to complain about the outcome of elections. But, Spencer pointed out, according to the conventional wisdom, voters–no matter whom they voted for–are not entitled to complain either. Why not? Because those who backed the winner can hardly have grounds for dissatisfaction, and those who voted for the loser knew the risks when they chose to participate in the election. So everyone must shut up and do what they are told. How convenient!

We have other grounds for questioning the fairness and freedom of any election. Even if we concede that voters freely elect the officeholders by majority rule–ignoring all the obstacles to maverick parties and candidates–can we really say that voters select the policies that the resulting regime will carry out. I don’t think so. For one thing, the connection between what candidates say and what they do in office is extremely weak. Candidates are often vague about what they will do, but even when they aren’t, voters have no good reason to think the candidate will do more than make symbolic moves in the direction of keeping their promises. Voters have little and mostly no recourse. They cannot take back their votes or sue the candidate for breach of promise. (Some jurisdictions have recall procedures, but they are expensive and require a majority vote.) Voting is like buying a pig in a poke.

Another problem is that most voters most of the time vote behind a veil of ignorance. They not only do not know what a candidate will do if elected; they also don’t understand the issues that governments deal with. For example, if candidates differ on the minimum wage–whether to raise it or to have such a law at all–how are voters who know nothing about economics to make an intelligent choice? They will be unable to, so they will vote on the basis of feelings, a candidate’s campaign skill, or sheer tribal partisanship. (See Bryan Caplan’s The Myth of the Rational Voter: Why Democracies Choose Bad Policies.) That’s an unreliable way to make good decisions.

The same goes for foreign policy and any other area in which government officials act. Each of these areas require study, which requires time and resources. How many people will have the resources, not to mention the inclination, to acquire the knowledge needed to make good choices about all the things candidates promise to do?

A final problem is one that most people understand but don’t like to talk about: no single vote counts. People who have abstained from voting their whole lives can rest assured that no election would have come out differently had they voted. One thing that tells us is that each individual is free to vote on any basis they like because they know the consequences of that one vote are nil. In that sense, elections are free, but that’s not what the democracy advocates mean by free elections. We might call them free and irresponsible.

Critics of democracy are often accused of favoring authoritarianism because most people think that is the only alternative. Some people who dislike democracy indeed favor authoritarianism, but that certainly cannot be true of libertarians. The libertarian alternative to democracy is the removal of matters from the political sphere so that they can be addressed in the social sphere, that is, the sphere of consent, cooperation, and contract, where persuasion replaces force. That’s what created human progress in the first place.