TGIF: Jefferson on Not Trusting the State

TGIF: Jefferson on Not Trusting the State 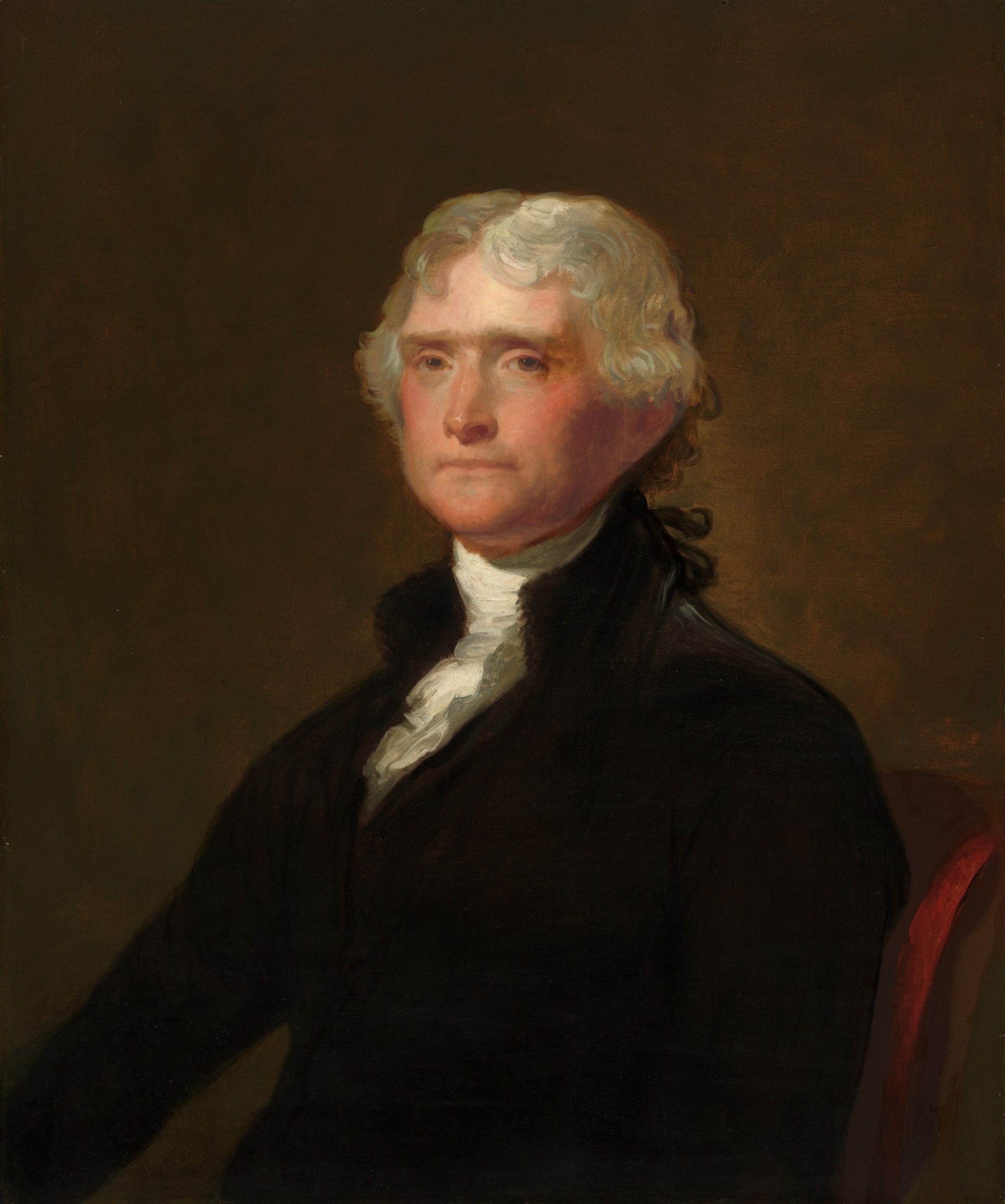 Regardless of written constitutions and the laws on the books, individual liberty is always at risk. And as liberty goes, so goes our capacity to live well, to achieve the good life as rational, virtuous social beings.

The danger comes from left and right, both of which aspire to have a body of elders impose narrow cultural and moral norms on everyone, overriding our right to think for ourselves. (Progressives and National Conservatives have a lot in common in that regard, even if they differ on what is to be imposed.)

This point about the fragility of liberty was well understood by the Irish politician, judge, and orator John Philpot Curran (1750-1817), who said: “The condition upon which God hath given liberty to man is eternal vigilance; which condition if he break, servitude is at once the consequence of his crime and the punishment of his guilt.”

As often happens, variations of this insight have been attributed to other people, most famously Thomas Jefferson, who is widely and apparently erroneously thought to have said more pithily: “The price of liberty is eternal vigilance.” Curran has missed out on the credit he deserves.

At any rate, we have a problem. Although liberty is never safe from political ambition or even good intentions, most people are understandably absorbed in raising their families, earning their livelihoods, and just plain living. Thinking about liberty, much less exercising vigilance, has a low priority — if it is on their agendas at all. I’m not finding fault; it’s just a fact.

Hence the need for a degree of specialization. Libertarians to one extent or another specialize in keeping watch over liberty and drawing the public’s attention to dangers from governments and nongovernment sources. These aren’t entirely two separate categories because if an influential segment of the public comes to believe that liberty must be curtailed, such sentiment could find its way into the halls of power. For example, if enough people decide that offensive words or obscene images are equivalent to violent acts, politicians may take up that cause and prohibit so-called hate speech and the like. This has happened in Great Britain, where citizens can be visited by the police, fined, and compelled to take a sensitivity course for posting something on social media that allegedly made someone feel anxious. So far, thanks to the tradition of free speech and press recognized in the First Amendment, that does not happen in the United States. But we mustn’t rest on our laurels. A violation could be just around any corner, and we can’t be sure from which direction it will come.

Although Jefferson did not say, “The price of liberty is eternal vigilance.” we know he believed it. We know this because of his 1798 Kentucky Resolutions, which he wrote anonymously for the state legislature in opposition to the Alien and Sedition Acts of that year. The Acts were passed by the Federalist party-controlled Congress under Federalist President John Adams. (Jefferson, who was not a Federalist, was the vice president at the time.) As one description of the Acts puts it:

The Resolutions by Jefferson and Madison were provoked by the Alien and Sedition Acts adopted by a Federalist-dominated Congress during the Quasi-War with France; those Acts gave the president the authority to deport any alien whom he thought a threat and made it illegal to criticize the president or the Congress. Dozens of people were prosecuted under the Sedition Act, with prosecutions targeted at newspaper editors who favored the new Democratic-Republican party – Jefferson’s party. Seeing such political prosecutions of free speech as a fundamental threat to the republic, Jefferson referred to this period as a “reign of witches.”

Federalist support for the Acts was also fueled by Jeffersonian sympathy for the French Revolution. The government’s fears about French influence in the United States had reached a fevered pitch.

In his Kentucky Resolutions — a second, shorter resolution written by an unknown person passed in 1799 — Jefferson invoked the principle that the Constitution delegated only certain limited powers to the national government and therefore the states individually could check that government whenever it broke through the limits. Hence, the document declared the Alien and Sedition Acts  “void and of no force” and requested their repeal. (Jefferson’s draft called for nullification, but that language did not make the final document. It did make the second version, however.)

In making his case, Jefferson wrote something that more people need to understand, especially politicians and pundits who are sanguine about democracy. His document declared it is resolved:

that it would be a dangerous delusion were a confidence in the men of our choice to silence our fears for the safety of our rights: that confidence is every where the parent of despotism: free government is founded in jealousy and not in confidence; it is jealousy & not confidence which prescribes limited Constitutions to bind down those whom we are obliged to trust with power. [Emphasis added.]

Hammering the point home, Jefferson concluded: “In questions of powers, then, let no more be heard of confidence in man, but bind him down from mischief by the chains of the Constitution.” How interesting that he used the word jealousy!! The dictionaries tell us that one meaning of that word is intense vigilance. Had he read Curran’s words?

For Jefferson, the idea that we can elect rulers and then leave them to the business of governing us was a recipe for tyranny, even if only the “soft tyranny” foreseen by Alexis de Tocqueville. (See my “‘What Sort of Despotism Democratic Nations Have to Fear'” for some of Tocqueville’s sobering predictions of the harm that democratic governments could do to the people.)

I’ll close by noting that, unfortunately, Jefferson was too trusting in the Constitution’s capacity to bind those given power. (Remember that the Constitution did not prevent the passage of the Alien and Sedition Acts less than a decade after its ratification. Think of all that’s happened since.)

Indeed, no less an authority on the Constitution, James Madison acknowledged that any constitution must delegate implied powers; that is, powers not expressly allowed to the state: “[I]t was impossible to confine a government to the exercise of express powers;” he said, “there must necessarily be admitted powers by implication, unless the constitution descended to recount every minutiae.” He said this during a House debate over what would become the beloved Tenth Amendment in the Bill of Rights, which reserves to the states or the people “the powers not delegated” to the national government. Madison, who is famous for saying the national powers were “few and defined,” refused to allow the word expressly to be inserted before delegated. Progressivism isn’t the root of the problem. (See my article “James Madison: Father of the Implied-Powers Doctrine.” For a wider perspective, also see my America’s Counter-Revolution: The Constitution Revisited.)

Hence, a constitution, no matter how good it looks, can’t help but create a false sense of security about liberty, which is exactly what Jefferson was worried about in his call for jealousy and not confidence toward the state. Particular people will be empowered to interpret any constitution, and they, even if well-intentioned, are likely to see things differently from freedom-loving individuals.

As Lysander Spooner pointed out in an 1870 essay: “But whether the Constitution really be one thing, or another, this much is certain — that it has either authorized such a government as we have had, or has been powerless to prevent it. In either case it is unfit to exist.”