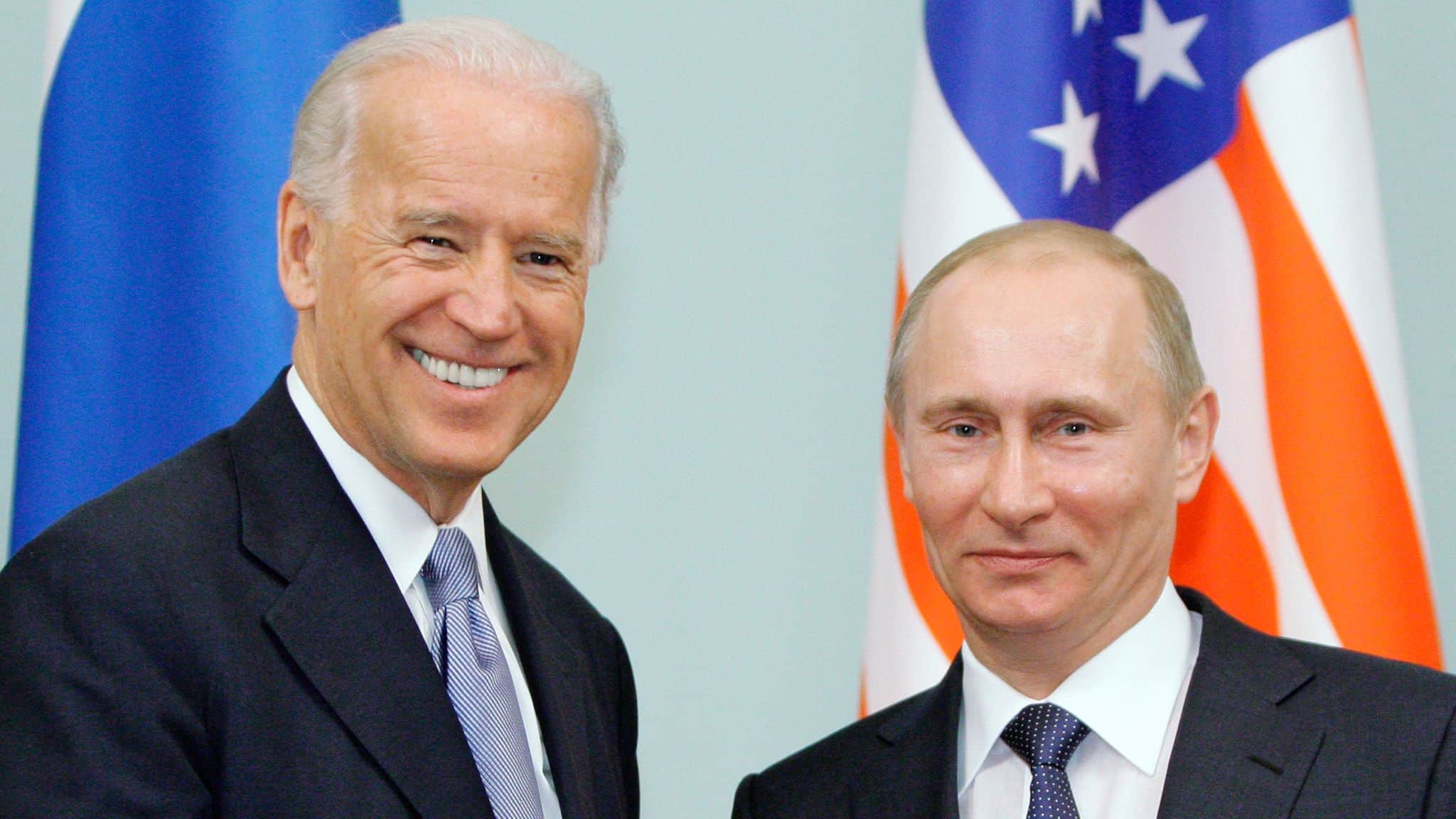 What’s going on with Joe Biden? Is he oblivious to the fact that Russia has about as many strategic nuclear weapons as the United States has? Is he taking advice from the neocons, who apparently believe that we should not fear a nuclear holocaust because that’s exactly what Vladimir Putin wants us to do? (I presume Putin also wants us to believe that the earth is round. Should we give that up too?)

How else to explain Biden’s astounding statements in recent days, particularly while meeting with NATO representatives in Brussels and with U.S. troops in Poland? That’s right: 9,000 U.S. troops are now in southeast Poland, not far from the Ukrainian border. Poland of course is a member of NATO, which means that if Poland clashes with Russia, the U.S. government has treaty obligations to its ally. To be clear, here’s Article 5, which embodies the principle that NATO describes as being “at the very heart” of the treaty”:

The Parties agree that an armed attack against one or more of them in Europe or North America shall be considered an attack against them all and consequently they agree that, if such an armed attack occurs, each of them, in exercise of the right of individual or collective self-defence recognized by Article 51 of the Charter of the United Nations, will assist the Party or Parties so attacked by taking forthwith, individually and in concert with the other Parties, such action as it deems necessary, including the use of armed force, to restore and maintain the security of the North Atlantic area. [Emphasis added to indicate ambiguity in the provision that isn’t often acknowledged.]

Are Biden’s off-the-cuff-and-wall remarks signs of dementia? Or are they just the Bidenesque “Kinsley gaffes” we’ve become accustomed to? (A Kinsley gaffe occurs when someone important speaks his mind when he or his handlers know he shouldn’t.)

By now, Biden’s irresponsibly provocative remarks have made the rounds. He has said that Russia’s use of chemical weapons in Ukraine would bring a NATO response, but left the nature of the response vague. His administration seems to be shying away from explicitly declaring “red lines.”

And yet, when ABC News asked Biden, “If chemical weapons were used in Ukraine could that trigger a military response from NATO?” Biden responded, “It would trigger a response in kind. Whether or not — you’re asking whether NATO would cross — we’d make that decision at the time.” (Emphasis added.)

Say what? Response in kind? Does that mean he might order a chemical-weapons counterattack?

As others have pointed out, even a de facto red line is an invitation for a false-flag attack in which a Ukrainian group, hoping to bring NATO into the fight, would use chemical weapons while making the perpetrator appear to be Russian. This sort of thing seems likely to have happened in Syria.

Meanwhile, Ukrainian President Vlodomyr Zelensky is still lobbying for even more NATO intervention (in addition to arms and sanctions) in the form of a no-fly zone, which is now called “close the sky.” The shameless public appeal includes this video, with the lyric “If you don’t close the sky/I will die.” The lyricist neglected to point out that if the sky is closed and the U.S. Air Force shoots down a Russian jet, we all could die in a nuclear exchange.

Biden still says no to closing the sky, but if he started saying the opposite, who’d be surprised?

As everyone knows, while abroad Biden also seemed to call for regime change in Russia with this ad-lib: “For God’s sake, this man cannot remain in power.” History teaches that implied policies such as that do not facilitate ceasefires and peace. The Gaffer-in-Chief and his people tried to walk it back, but the attempts were lame. “I was expressing the moral outrage that I feel,” he said while insisting he wasn’t walking back his statement, “and I make no apologies for it.” (American presidents are always morally outraged whenever countries they don’t like do what the U.S. government regularly does.)

A White House official dutifully insisted that what his boss meant “was that Putin cannot be allowed to exercise power over his neighbors or the region. He was not discussing Putin’s power in Russia, or regime change.” If you buy that, they have a bridge you might be interested in.

Biden also appeared to tell U.S. troops stationed near the Ukrainian border in Poland that they would soon be in the war zone and that in fact some have already been on the other side of the border: “You’re going to see when you’re there, and some of you have been there, you’re gonna see — you’re gonna see women, young people standing in the middle — in front of a damned tank just saying, ‘I’m not leaving, I’m holding my ground.’”

In clarification mode, Biden explained that the words when you’re there referred to the training of Ukrainian forces in Poland. Oh really? They’re going to see women and young people blocking Russian tanks in Poland? What’s he trying to tell us now?

The Deputy Assistant White House Gaffe-Follow-Upper quickly clarified, “The president has been clear we are not sending US troops to Ukraine and there is no change in that position.”

Yeah, yeah. So that means the guy’s head is full of cotton.

Finally, Biden amazingly said two important things about the sanctions he’s imposed on the Russians: first, that he never said the sanctions would force the Russian government to alter its Ukraine policy because he knew they wouldn’t have that effect, and second, that sanctions will create food shortages (and so higher prices) for Americans and by implication, other non-Russians the world over.

As to the first, that was an outright lie or a case of senility. A long list of administration officials did indeed say the sanctions would work. As to the second, how can Biden — father of noted entrepreneur Hunter Biden — justify making innocent people go hungry?

Given the two things Biden has admitted, what is the point of the sanctions? Does it make him feel better?

Joe Biden, what the hell?