TGIF: What the Left Should Like about Public Choice

TGIF: What the Left Should Like about Public Choice 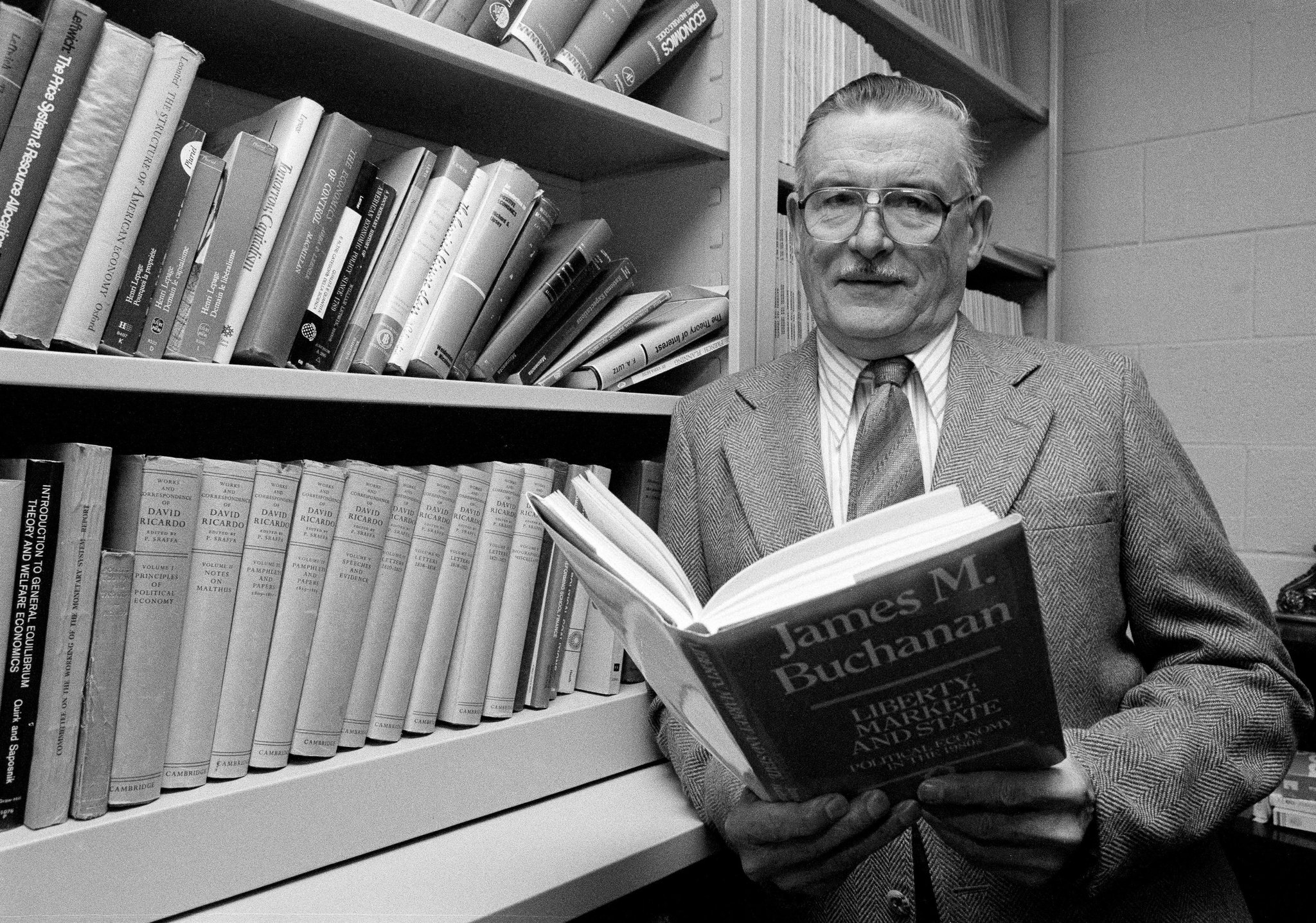 Although the public choice school of political economy has been demonized in a new work of putatively progressive fiction masquerading as intellectual history, good-faith leftists (if they don’t already regard themselves as libertarians) may be surprised by how their cause could benefit from the insights of James Buchanan et al. (For reviews of the book I’m referring to, see among others this, this, and this. To keep up with the daily sightings of misquotations, fabrications, and smears, read Don Boudreaux at Cafe Hayek.)

Full disclosure: despite its many valuable insights, I find less to like in public choice theory, at least its most common variant, than many (nonlibertarian) leftists would. For one thing, I (like Murray Rothbard) don’t share the view that the state is just another way (along with the market) in which we assert our personal preferences and obtain goods and services. (Public choice versus private choice.) The state is a predator and an exploiter, not a cooperative venture for the production of “public goods.” I don’t see how a hypothetical social contract or constitutional convention changes that. And I’m underwhelmed by the constitutional contractarian argument that, while the state indeed coerces, we in effect have consented to be subject to the state’s threats of violence.

On the other hand, I like the methodological and moral egalitarian individualism at the base of public choice — and so should all leftists of good faith. Everyone has the right to be free of aggression; no one is naturally endowed with authority over others. But I am uneasy about the fact that that the consequent unanimity principle in practice becomes something far less than literal unanimity. For me it’s not enough that the decrees of legislatures are passed under constitutional rules everyone perhaps would agree to were they gathered at a convention. As Rothbard pointed out, such hypothetical unanimity can easily become a device to legitimize almost anything the government does. I realize that concern about the production of important “public goods,” such as security and dispute resolution, underlies much of this, but perhaps this concern betrays an underappreciation for the power of entrepreneurship, technology, and cooperation through nonstate channels. For a long time some heavy thinkers thought lighthouses couldn’t be produced on the market. As for the market production of security, a voluminous interdisciplinary literature has become available to show how feasible that would be. (Start here. By the way, it wrong to think that a stateless society would lack a constitution.)

Elements on the left should also be delighted by public choice scholars’ development of the theory of privilege-seeking (or “rent-seeking”). It’s an old observation, really: when the state’s personnel have favors to dispense, people in the private sector will invest resources to obtain them. Such favors are by nature impositions on third parties. They may take the form of cash subsidies, taxes and regulations that hamper or quash competition and raise incomes in a nonmarket manner, and other devices. But the principle is the same: private- and government-sector individuals collude to use the state’s coercive power to obtain what they could not obtain through voluntary exchange for mutual benefit. It’s a theory of exploitation the good-faith left should embrace.

By the same token, the state’s personnel, seeing opportunities to sell favors, are just as likely to initiate the privilege-seeking process. In this sense, public choice scholars are right when they see the political arena as a series of exchanges. The big difference with the marketplace, however, is that in the political arena the largest group of people is forced to participate.

The bottom line on privilege-seeking, which should interest the left, is this: the people with the greatest access to power will not be those the left cares most about, but those who run Boeing and ExxonMobil and GE and Lockheed Martin. Wealth transfers will tend overwhelmingly to be upward.

This raises a point that is most closely identified with Public Choice, namely, that people are people whether they are acting in the marketplace or in the political arena: the behavior of government personnel and voters must be analyzed according to the logic of human action, accounting for the different institutional incentives in the two contexts. In other words, if it is safe to assume that people are in some sense self-regarding (not necessarily “selfish”) in the marketplace, then we have no reason to assume they are otherwise when they take government jobs or step into the voting booth. If you think that people in the private sector are kept from doing the right thing by personal considerations, then you have no grounds for thinking political actors and voters will be different. (As an Aristotelian, I don’t think that — outside the political arena — doing the right thing and pursuing one’s own interests differ in principle.)

Stepping beyond the public choice premise, however: I embrace Robert Higgs’s (and F. A. Hayek’s) important point that while people are certainly people no matter where they are, different sorts of people are attracted to power over others. “Decent people, virtually by definition,” Higgs says, “do not seek to exercise political power over their fellows.” He continues:

Honorable people, taking a wrong turn and blundering into positions of political leadership, would last no longer than a nun in a brothel. If ruthless rivals did not displace them at the earliest opportunity, the scrupulous people would soon remove themselves in disgust. People who lack pugnacity do not succeed as prize fighters; people who lack a talent for lying, stealing and, if need be, abetting homicide do not succeed in modern politics.

Lord Acton said, “Power tends to corrupt,” but it also tends to attract the already corrupt. The left stands to gain by taking this insight seriously.

Good-faith leftists, those who really care about people handicapped by corporatism, should find many public choice insights amenable to their cause. If they care about the economically disfranchised, they should be suspicious of welfare programs and health care plans concocted and run by the very perpetrators of that disfranchisement. And they should take to heart the analyses of leftists such as Francis Fox Piven and Richard Cloward, who have shown that the U.S government’s apparent beneficence (like Bismarck’s pioneering German welfare state) works by design to tamp down thoughts about radical change.

Progress is the child of liberation from, not subordination to, the state.