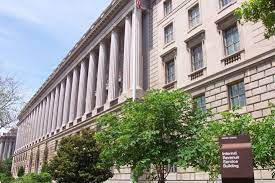 The brilliant people in the Biden administration and the U.S. Congress have decided that one thing America really needs is an Internal Revenue Service (!) fortified by 87,000 more employees and 80 billion more dollars so it can help reduce the inflation that currently menaces us.

You don’t believe it? Oh, ye of little faith!

How is that to be accomplished? By auditing rich individuals and corporations, of course, thereby harvesting tons of hitherto uncollected revenue and forcing the shirkers to pay their “fair share.” (No one ever says how we know they aren’t already paying it.) The law’s advocates also say that with its outright tax increase on corporations and cutting of energy and health care costs, inflation will be lowered still more. I wouldn’t take that too seriously.

You might suspect that the government’s story is not exactly kosher — and you would be right. Even though the Biden people insist that the IRS provisions of the just-enacted Inflation Reduction Act will leave people making less than $400,000 unscathed, nothing in the law guarantees that, and the defensiveness of the White House and congressional spokesmen seem to confirm that the nonrich are not safe. Last year the Congressional Budget Office said all taxpayers would face higher audit rates under an earlier, larger version of the Inflation Reduction Act. (It was then called Build Back Better.)

This stands to reason that all taxpayers will be at risk. The highest earners have battalions of the best tax lawyers and accountants who surely advise their clients how to (legally) avoid, not evade, taxes. (News flash: the tax code is complicated, even vague, and will become even more so under the new law.) When you combine that fact with the regrettably small number of really, really rich people, you have to figure that the newly beefed-up IRS won’t be anywhere near able to squeeze out the expected sums without going after lower hanging fruit. That’s the rest of us: additional audits of people of more modest means. (Just for the record: with the exception of any actual thieves, wealthy people also have a right to their money.)

How many times before have presidents and legislators promised to raise badly needed, deficit-shrinking revenue by stepping up IRS enforcement against the rich? It’s how progressives lull the middle class into accepting always-increasing spending.

But strangely, the deficits never shrink and stay shrunk. So either the revenue estimates were unalloyed bunk or the government spent the additional revenue on new projects. I’m sure it was a combination of both. Surprise, surprise! Birds gotta fly. Fish gotta swim. Politicians gotta spend.

At any rate, the deficit and debt (monetized by the Federal Reserve, our inflation engine) have grown without relief. Isn’t that likely to be the case this time? It’s surely the way to bet.

According to Forbes, “Democrats say the legislation will raise close to $740 billion in tax revenue over the next 10 years and devote $300 billion of that money toward reducing the federal deficit.” That’s 2 percent of the deficits expected over the next 10 years. You should realize that last year’s budget deficit was $2.77 trillion, the second highest after the 2020s $3.13 trillion.

But let’s remember that these revenue projections are really predictions about how people will behave — and how much taxable income they will produce — in an altered institutional environment. The prognosticators make their predictions with inherently dodgy computer models. Remember how well such models predicted the climate and covid catastrophe? In truth, we don’t know how creative, entrepreneurial people will adjust to changing tax and regulatory conditions. Individuals discover things when they face new situations. They are not robots.

Another thing to keep in mind is that corporations do not pay taxes. They collect them. Only people pay taxes. So which people pay the corporate income tax, which will go up under the new law? Economists have long known that the tax is paid by consumers through higher prices, employees through lower wages, and shareholders, most of whom are not wealthy, through lower returns to their retirement funds. The corporate tax is one of those great political deceptions that seems to be a permanent fixture of the landscape. By the way, taxes on savings and investment invariably constitute double and even triple taxation, stifling innovation and wealth creation. Thus the general welfare, and not only justice, suffers.

Will the Inflation Reduction Act really act to reduce inflation? No bloody way. Inflation is not merely a general price rise. That’s only the symptom. The cause is an inflation of the money supply by the government’s central bank.

When the government spends more than it collects in taxes, it borrows money to cover the budget deficit. The Federal Reserve will buy the government debt, creating money out of thin air to do so. When the conjured-up money is spent or lent, we have the proverbial more dollars chasing the same amount of goods and — voila! — a general rise in prices. The new money also will tend to push interest rates lower than the free-market level, which in turn will distort the calculations of investors — interest rates are key signals to producers, after all — resulting in unsustainable malinvestment. (This is one of the monumental theoretical achievements of the Austrian school of economics, featuring Ludwig von Mises’s and F. A. Hayek’s work on money and banking.)

It’s even worse. This century’s massive money creation has been accompanied by the depressed production of goods brought about by the economic lockdowns during the covid pandemic. It’s not just more money chasing the same supply of goods, but a smaller supply of goods. Thank you, politicians throughout America, for your service.

A real inflation reduction act would do nothing but slash spending — assuming we think the government should spend anything at all. After all, it ultimately obtains its money at gunpoint, that is, by theft. Slashing spending means rethinking big government, that is, — top of the list — the warfare and welfare state.

So the touted Biden achievement is the just same old snake oil in new packaging. The government is out of control, and I don’t see how that will soon end. Taxation is a blank check for politicians. The income tax is especially bad because it requires all to account to the government for their income-earning activities under threat of penalty. This inquisitorial device ought to be seen as intolerable in a theoretically free country. (For more, see my book Your Money or Your Life: Why We Must Abolish the Income Tax.)