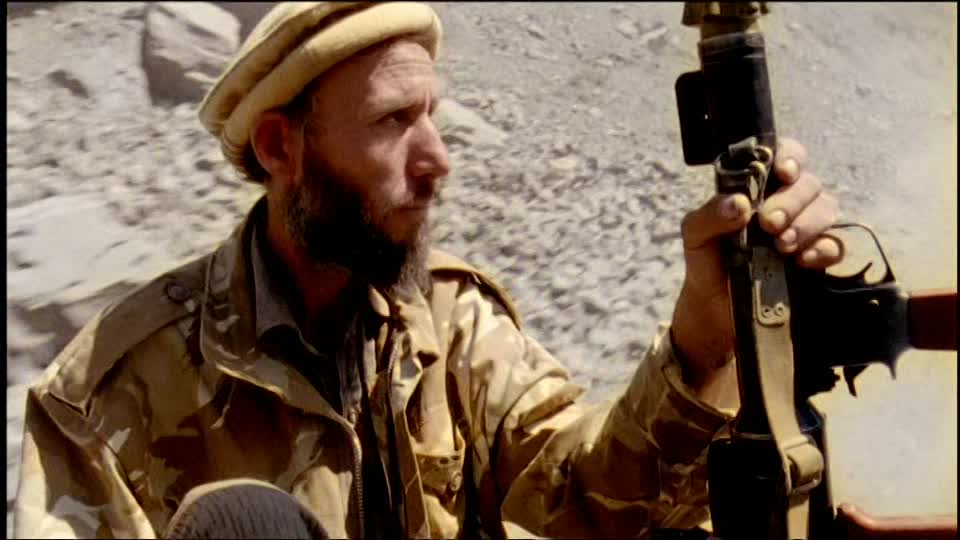 Steve Bannon’s Breitbart and others notwithstanding, that was Trump being Trump when he announced he would not be quitting Afghanistan, despite the manifest futility and counterproductivity — that is, idiocy — of America’s 16-year war there. He is not a captive of “my generals,” bad as they are. He is his own man.

Just look at the attitude toward military power he displayed throughout his presidential campaign and young presidency. He boasted of being the most “militaristic” candidate in the large Republican field — and that was saying something. He promised to “bomb the shit” out of ISIS, torture terrorist suspects, and kill their families. He promised to win.

So now he says his military’s renewed effort in Afghanistan will be directed at killing terrorists and eradicating evil. What else is new?

The great disrupter of the establishment turns out to be — surprise, surprise — a man of the establishment. He craves its acceptance and adoration, but he’ll settle for the love of his base until the real thing comes along. “If you can’t be with the one you love, honey,”  Stephen Stills wrote, “love the one you’re with.” The base may not like that he has put his “instincts” about Afghanistan on a shelf, but so be it.

Sure, during Barack Obama’s second term Trump questioned the wisdom of staying the course in Afghanistan, although in October 2015 he said, “At this point we probably have to [leave US troops there] because that thing will collapse in about two seconds after they leave.” The pro-withdrawal statements are easily explained in light of the Trumpian MO. As J.P. Sottile writes, “Trump never had a ‘policy’ of anti-interventionism. He was simply a troll who tweeted out oppositional statements attacking Obama’s foreign policy. If Obama was doing it … he was against it. He knew that no matter what, it was red meat for his future base…. Sorry, but [his turn to intervene] wasn’t a Deep State plot….”

Does anyone know what Trump’s position on Afghanistan was on Sept. 12, 2001? I see nothing on the record, but it is hard to believe he opposed George W. Bush’s invasion and occupation back then. It would have been out of character, to say the least, for him to have opposed a military response to 9/11. He probably thought Donald Rumsfeld war-on-the-cheap strategy was for losers. Moreover, while he dishonestly and repeatedly bragged that he opposed in advance the U.S. military actions Iraq and Libya, I can’t recall his bragging about his early opposition to the Afghan war. (I think he mentioned this one time.) In light of his change of heart, Trump’s foes in the media, who love to point out flip-flops, would surely be pointing this out if it were true.

Beyond this, Trump’s position is tangled mess. He presents what is now his war as a matter of national security: his toy soldiers will be killing “terrorists” who allegedly threaten America, not building a democracy or telling the Afghans how to live. Leave aside the fact that killing alleged terrorists creates even more of them, as many military people recognize. Graeme Wood writes, “On September 11, 2001, al Qaeda commanded an army of 400. A decade and a half later, the Islamic State (or ISIS) had mobilized some 40,000 people to travel to Iraq and Syria.” There was no ISIS in Afghanistan in 2001.

The national-security state is a perpetual motion machine, which is fine with most politicians, the military bureaucracy, and its contractors.

Yet while Trump says Afghanistan is about national security, he also says:

America will work with the Afghan government as long as we see determination and progress.  However, our commitment is not unlimited, and our support is not a blank check.  The government of Afghanistan must carry their share of the military, political, and economic burden.  The American people expect to see real reforms, real progress, and real results.  Our patience is not unlimited. [Emphasis added.]

If the U.S. occupation is, as Trump insists, a matter of self-defense, how can this be? If the Afghan government fails to fulfill his requirements, will he end the war and withdraw? How could he do that in light of his national-security premise? Maybe he’s hinting he would overthrow the government and install a more cooperative one. Now we’re back to regime-change and nation-building. This certainly sounds like nation-building after all: “We want [India] to help us more with Afghanistan, especially in the area of economic assistance and development.” (Emphasis added.)

A related problem is his stance that the U.S. government will not attempt to create a democracy in Afghanistan. Trump ignores that the democracy-builders make a national-security argument for their cause (which is not to say the argument is correct): a democracy, they say, would be less likely to harbor terrorists who seek to attack Americans. Trump surely cannot believe the political environment in Afghanistan is irrelevant to his security concerns. If he believes it is relevant and yet has no interest in promoting democracy there, doesn’t it follow that he would prefer that a friendly authoritarian leader capable of crushing terrorists? It seems so. And we know what authoritarians do to their own populations.

The problem with Trump’s case is his premise that Americans are threatened from any country that could be a safe haven for purported terrorists. Contrary to the official narrative, militant Islamists want revenge for decades of U.S. crimes against Muslims. (Civilian casualties are skyrocketing in several countries the U.S. government is bombing.) That’s why Osama bin Laden’s al-Qaeda in Afghanistan did what it did on 9/11. Moreover, much of the planning occurred outside Afghanistan, including in the West. If Afghanistan, which the U.S. government helped to prepare for bin Laden by underwriting the guerilla war against the Soviet occupiers, had not been available, he would have found another place. In fact, the U.S. government has created havens for militant groups by destabilizing Iraq, Yemen, Somalia, Libya, and Syria.

What is Trump’s strategy for preventing anywhere in the world from becoming a safe haven? His working principle is hardly “Come home, America.”

A far better way to keep Americans safe would be to stop killing Muslims and propping up repressive regimes (including Israel’s) in the Muslim and Arab world — in a word, liquidation of the American empire.

By the way, does Trump really think he can tell a terrorist in Afghanistan from an Afghan resisting the foreign occupation? He certainly can’t tell a terrorist from a resistor to the savage U.S. occupation of the Philippines over a hundred years ago.

Also, how convenient for Trump to keep the American people in the dark about the details of his surge because it would tip off “the enemy”? There’s a handy argument against transparency in anything Trump sees in national-security terms.

Perhaps most ridiculous of all is Trump’s pledge of “an honorable and enduring outcome worthy of the tremendous sacrifices that have been made, especially the sacrifices of lives.” Translation: since other Americans have already died, more Americans (he ignores the Afghan casualties) must die so it doesn’t look as though the previous deaths were in vain.

Yet more Americans will die vain. Retired Army Lt. Col. Daniel L. Davis, who knows something about this war, writes, “The Taliban and various terror groups are stronger now than that faced by Obama’s 2010 surge. What possible rationale can the president make to the American people that sending thirteen thousand U.S. troops against an enemy significantly stronger than the one we faced in 2010 will succeed where 140,000 NATO troops did not?”

But don’t try to tell Trump his objective is impossible. That line is for losers. Don’t you know by now that what’s impossible for others is a piece of cake for him? He’s not about to be yet another a president who loses yet another war. He will make America great again.

So Trump’s military will remain — in greater undisclosed numbers — where empires go to die until no-one-knows when. Avoiding the appearance of losing is the new winning.

The indispensable source for information and insight on this disastrous war is Scott Horton’s new book, Fool’s Errand: Time to End the War in Afghanistan. Few of us can spend all our time investigating an important topic like this. So Scott has done it for us, and he presents the history and his analysis in a highly accessible way. If you care about peace and freedom, you’ll check out this book.