TGIF: Trump versus the World

TGIF: Trump versus the World 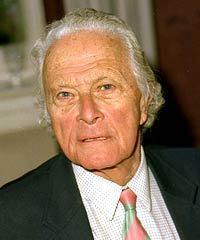 According to the many-worlds interpretation of quantum mechanics, somewhere President Donald Trump, instead of saying, “Why do we want all these people from Africa here? They’re shithole countries…. We should have more people from Norway.,” said, “Why don’t we allow more people from shithole countries to come here? They need a decent place to live and work and succeed. Their rulers hold them back. The Norwegians don’t need America as badly. After all, Norway ranks 25th in the Index of Economic Freedom. Let’s be compassionate toward the world’s poorest and most subjugated people. Besides, we’d also benefit from their coming to America.”

Now if only we could figure out how to trade Trumps with that other world. Someone should work on that; there’s a Nobel Prize in it. (Yeah, I know. the other world might take it as an act of war, but, hey, it’s every world for itself, man.)

Turning Trump’s statement upside down provides insight into the meaning of what he reportedly said. True, no respectable open-borders fan would see the other-world Trump’s position as ideal. Barring Norwegians from relocating to America would be objectionable, but on the spectrum of immigration positions, that one would still score rather high. Nothing against Norwegians, mind you.

Trump apologists deny the statement signifies racism, and I still don’t know if Trump is a racist or merely a demagogue. But it’s hard not to see racism in his remark. He didn’t lambaste dictators in the less-developed world for keeping their countries shitholes. He had something more intrinsic in mind, and the areas he mentioned — Haiti, El Salvador, and Africa — just happen to have lots of people with dark skin. Besides this, Trump has a history of trafficking in racially tinged matters, from the Central Park Five to Obama birtherism. It’s a little ridiculous for him to declare he is the least racist person around. Isn’t it amazing that he’s the most or the least of everything, always to his advantage? That’s one of the hallmarks of an insecure narcissistic blowhard bullshitter.

But I digress. Let’s get back to immigration.

Tools (in the broadest sense) make individuals more productive than they can be using only their two hands. Better tools make them better producers — more output from less input and thus greater consumption opportunities (that is, à la Adam Smith, greater wealth) than previously. When people move from poor to rich areas, they go where the tools are better and thus where they can produce more than they could in their previous locations.

There’s more. Tools are the result of saving and investment, that is, previous production and abstention from consumption. This is the roundabout method of production. Crusoe accumulates and stores fish the primitive way so he can eat while he suspends fishing and concentrates on making a net, which will enable him to catch and consume more fish with less effort in the future.

As the late P. T. Bauer, the once-maverick development economist, long taught, all people — not just white Europeans and their new-world brethren — easily discover these truths, and because they want their families to be able to consume more in the future, they act accordingly: refrain from consumption, save, and invest — unless their rulers get in the way. Regimes can accomplish this evil in a variety of ways — taxation, land and crop confiscation, corporatism, restriction of internal mobility, suppression of markets — all of which prohibit, discourage, or preclude activities that yield the wealth that can be turned into better tools.

Trump and his ilk would have us believe that people in certain parts of the world don’t get it, that there’s something wrong with them. It’s the same old buncombe most western development economists used spout to justify intervention and central planning in the less-developed world after World War II. Bauer and his field work debunked this myth many years ago:

Public discussion … often treats the peoples of the Third World as if they were children incapable of taking thought for the morrow. As far as the peasant producers are concerned, this prejudice seems to be plainly unwarranted — witness the readiness of millions of West African and Malayan producers to plant tree crops such as cocoa and rubber which take many years to reach maturity.

Likewise, farmers in the less-developed world who had access to markets adjusted their efforts to price fluctuations. How about that! Just like white people!

Western development economists, sharing Trump’s condescending premise, thought central planning and foreign aid (sic) were the only hope for material progress in what was misleadingly called the Third World. (In reality, it consisted of diverse countries along a development continuum.) Shockingly, free trade with the west was not in the toolbox. (Domestic lobbies in the developed world wouldn’t allow it.) But the strategy failed, and the predictable horrors followed. Bauer observed:

The principal effects of state economic control are familiar. They politicize life and provoke tension. They restrict the movement of people, ideas, commodities and financial resources. They curtail the volume and diversity of external contacts, and inhibit productive capital formation and obstruct both economic change and the effective deployment of human, financial and physical resources. They divorce economic activity from consumer demand. They also fragment the economy and thereby narrow the markets for commodities and services.

Unfortunately, badly needed market liberalization in much of Africa and many other places has been slight to nonexistent. Trump may have these countries in mind when he thinks about immigration, but the fault lies not in the people but in their rulers and whomever those rulers rely on for economic advice. The least we can do is let desperate people escape to America.

Immigration is right (as well as a right). It is also good. Immigrants get to make better lives, and how they do so — by gaining access to better tools as well as more freedom — can’t help but benefit everyone else, if not immediately, then certainly just a short way down the road. Forcing people to live under repressive regimes is cruel as well as self-destructive.