The 21st Century of War

The 21st Century of War 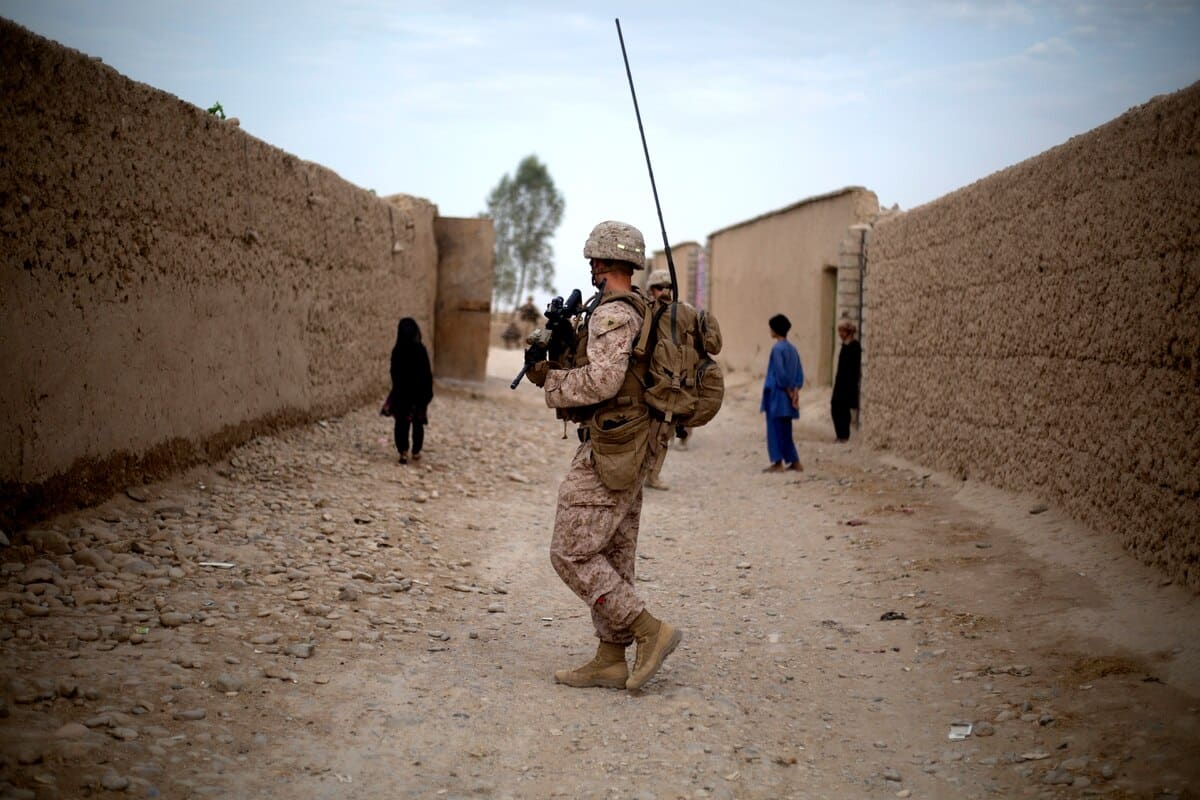 As the second decade of the 21st Century comes to a close, and the corporate press is doing everything in its vast power to keep people’s attention on impeachment, it is easy to overlook that the last 20 years should only be defined by one subject; war. Since shortly after the September 11th 2001 attacks, the United States government has set out to prosecute a “War on Terror” that, since the beginning, they have stated may be without an end. Afghanistan is the longest war in American history and the fallout from the invasion of Iraq in 2003 continues to be felt not only in that country, but in neighboring nations such as Syria. Cut off the head of one snake and another grows in its place. This may seem logical to the clear-thinking individual, but government is a collective that only exists to propagate itself. Conflict is a natural multiplier, and fear is its fertilizer.

The aforementioned clear-thinking individual would be justified in wondering what it will take to end these wars. It has come to light that those involved in prosecuting the war in Afghanistan saw no path to victory. Are people willing to accept this because the Afghan war, unlike those of the past, has yielded a relatively low body count for America’s side? If the average American does take that attitude, what hope is there that enough pressure can be put on their “representative” to get them to pull the plug on these continuing atrocities.

What will it take for people to demand an end to this mania?

The Worst of All Scenarios

If the 9/11 attacks revealed anything it is that a frightened mass of people are willing to go along with anything their representatives propose as long as it gives them a feeling of security. It is of no consequence that it cannot be proven that the Patriot Act, NSA warrant-less spying or even the “brave heroes” of the TSA are doing anything to keep Americans safe from people who would seek to do them harm. The victims of this loss of freedom appear to accept this theater as a warm blanket on a cold night.

Make the situation even more dire than the 9/11 attacks on American soil and ponder how things would be different. Would a threat of global annihilation put an end to this madness? To borrow a plot out of Hollywood, what if it were determined that a meteor was headed for earth whose impact would be a threat to a considerable percentage of the world’s population? Would that be a reason to stop these wars? Would the insidious nature of government and the contractors with whom they have a symbiotic relationship suddenly change or be paused?

When you take into consideration that it is certain peoples within the government’s job to do only threat assessments of other nations or groups it would be folly to believe that even a global threat would stop them in their tracks. One could imagine that it would be in their minds that if this were a false alarm, or turn out to be not as serious as previously believed, someone would be out there waiting to take advantage of the situation thereby increasing their power, and consequently decreasing the might of the American government over a particular area or issue.

Something that is unknown to most Americans is that even in the case of nuclear war, an event that would push people beyond the realm of fear and straight into despair and nihilism, the one and only IRS has a plan in place to tax you. Yes, you read that right. The Leviathan has already figured out how it will survive and even though you may be suffering radiation sickness, starvation or drought you are still going to pay up. The realization of this fact should be a slap across the face of anyone who has a grasp on the nature of the State. Yet, many will read this, shrug their shoulders and even make excuses for why it’s an important plan.

Many questions should come to mind once the knowledge of the intent to continue the practice of taxation is realized. Would there even be a currency? If not, what will they be collecting? Possibly what little possessions you have managed to hold onto after such a catastrophic event? Libertarians, who often hear that in our ideal society “warlords would take over,” would at least get the satisfaction of once and for all proving that those warlords already exist and they’re residing comfortably in the 202-area code. Yes, they will proceed in their plans and will figure out a way to make you pay for it. Even if what they could collect didn’t cover their expenses, in a post-apocalyptic nightmare, they would still be exercising dominion over the masses.

On Christmas day of 1914, soldiers on opposing sides of a war, most of whom probably had no clue as to why they were fighting, put down their arms and came together in fellowship. They decided that for one day they wouldn’t be the pawns of those who sent them there and proceeded to sup with those they were told were rabid dogs and wished them dead. That this unofficial armistice only lasted for a day, and didn’t continue to the present, is lamentable. May all who have breath in their lungs examine the costs of war, the moral, as well as the financial, and demand a halt to this anachronistic system of “conflict resolution.”