The Best Speech I Never Gave

The Best Speech I Never Gave 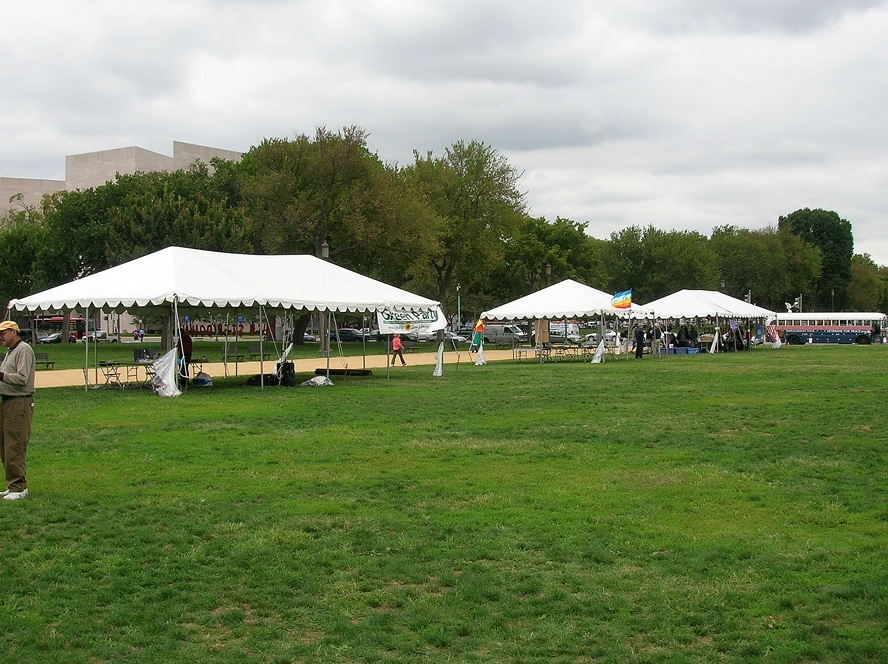 Prices convey information, even the price of zero. There is often more latent intelligence signaled by prices than by the claimed good intentions of political zealots—even those on the side of peace and liberty.

On the fifth anniversary of the 9/11 attacks, I tromped to the National Mall in Washington to make a speech on the evils of the War on Terror. Antiwar demonstrators had organized Camp Democracy, a few blocks in front of the U.S. Capitol on the Mall. The speaking gig was arranged by a lady from the Veterans for Peace who I met at the 2004 National Libertarian Party convention. After she nudged hard for a freebie, I told her, “If there is a good audience, I’m willing to waive my usual speaking fee.”

“Sure – we can do that,” she assured me. She wanted to have at least one libertarian on the program.

At that point, President George W. Bush and his allies were tarring Democrats as terrorist sympathizers for failing to support legislation retroactively legalizing torture. The demagoguery was doubling each week closer to the 2006 midterm congressional elections.

I was juggling a lot of deadlines back then but I wanted to support anyone opposing Bush’s authoritarianism and warmongering. My ‘prep’ for that spiel consisted of finding and updating the dog-eared copy of the speech I gave at the National Press Club a few months earlier. I carefully perused the text before taking a nap on the subway ride into Washington.

Camp Democracy was being whooped up by its organizers as a grandiose event with multiple simultaneous  speakers, workshops, and other activities. I was booked for a talk at 1:30 p.m. at Tent #2. I was slated to rattle on for 90 minutes but I’m rarely that sadistic.

Exiting the Smithsonian subway stop, I saw a row of tents a few blocks down the Mall and headed that way. As I came closer, I wondered if Homeland Security agents had detonated a new-fangled bomb that vaporized people but left all the physical structures still standing. Almost no one was there. A friend had assured me that there would be a Domed Meditation Tent with “spiritual chanting” but I heard nothing. I shrugged and gave up hope for getting any new mantras that day.

I found one tent with traces of life and walked up to the table with a sign, MEDIA CHECK-IN.

The stout middle-aged woman sitting behind the table stared at me as if I were asking directions to the moon.

She hemmed and hawed and then said “Let me check” before zipping off to find other volunteers. No need to tell myself, “Be still my beating heart.”

She returned a few minutes later and announced: “What we are going to do is combine your talk with that of a couple other speakers because the crowd is not that large.”

I grimaced. Being on a panel makes it be far more difficult to sneak out early. And I pride myself on graceful—or at least not hellishly indecorous—exits.

Up came another organizer, a jittery, gaunt 40ish guy wearing a “Kerry-Edwards Presidential Election Night Team” wind breaker. Lordie—glad to see they had winners running the show. He looked at his clipboard and pointed at me: “Are you an author? Or are you a non-book person?”

I headed over to Tent #2 where two speakers from the prior round were finishing gesticulating to an audience that could have fit into a telephone booth. As soon as the speakers finished, everyone vamoosed—maybe stampeding to the only Port-A-John on the Mall?

Not far from the tent, I recognized a Maryland peace activist and she and I commiserated on our miserable governor who regrettably was never convicted and imprisoned. As we chatted, a deranged guy in army fatigues came up and did an incomprehensible three-minute soliloquy. I didn’t realize that he would be my high-water mark for “audience engagement” that day.

At that point, it was 13 minutes after my Gettysburg Address was scheduled to commence. On the bright side, there was plenty of seating so no one would have to stand during my speech. On the flipside, nobody was in Tent #2.

A petite, aging antiwar activist named Hildegard came bubbling up, suitably attired with a bright purple vest with political campaign buttons all the way back to the 1968 Eugene McCarthy campaign. She assured me that if I started talking, maybe some people who were milling around elsewhere in the encampment would come over and listen.

I burst out laughing. “I think it is time to draw the ‘Curtain of Mercy’ on my speech.”

She emphatically disagreed. She said they were trying to find the megaphone so someone could go around the area and summon people to Tent #2.

I told Hildegard the audience might need a rest after two hours of previous speakers.

She urged me to wait to see if they could lasso an audience.

The co-organizer of the event—a hyper New Yorker guy with multiple earrings named Randall—arrived on the scene. He was legendary for having more arrests for disrupting congressional hearings on Pentagon budgets than any other activist in the greater metropolitan area.

Hildegard turned to him and said, “The speaker says we should ‘pull the curtain of mercy on his presentation. Maybe he’s right.”

Randall looked puzzled and then asked me: “What was the topic of the workshop you are leading?”

“A book I wrote, Attention Deficit Democracy,” I replied lackadaisically.

Two women with organizer armbands came upon the scene. The first announced, “We have to have him talk because he is an author—he has books to sign.”

“We don’t have any of his books,” said the other lady, apparently her assistant.

The first woman threw her arms up in the air and walked away.

A grizzled vet of antiwar protests from the Vietnam era came upon the scene. He was wearing an armband but I had no idea what his role was that day. “Look at all these empty tents—Americans just don’t care about democracy,” he raged.

I refrained from tossing out one of my favorite Shakespeare quotes; “The fault, dear Brutus, is not in our stars, but in ourselves.” Sure, plenty of Americans were hopelessly apathetic and shamelessly docile to the current regime. But this event wasn’t like the superbly-organized antiwar demonstrations I often saw in D.C. Camp Democracy had 16 days of events, including a vast number of sessions in the middle of weekdays. (This was before the COVID era when everyone in Washington got paid to “work from home.”) Perhaps speakers should have been notified to bring their own listeners.

Hildegard chirped up: “I can call you if we have another speaker time open later in the week so you could have a bigger audience.”

I thanked her but insisted that I was not worthy. There was no chance that this protest would put any dents Bush’s militaristic juggernaut.

As I ambled back to the subway, I recalled Huckleberry Finn’s description of an Arkansas farmer who ran his own church “and never charged nothing for his preaching, and it was worth it, too.” Free speech is an invaluable ideal but it is no substitute for a live audience. Happily, most of the activists I have dealt with in subsequent years were far better organized than the Camp Democracy crew. Admittedly, I skew the odds by not waiving speaking fees.