The Establishment Will Never Let Us Leave Afghanistan

The Establishment Will Never Let Us Leave Afghanistan 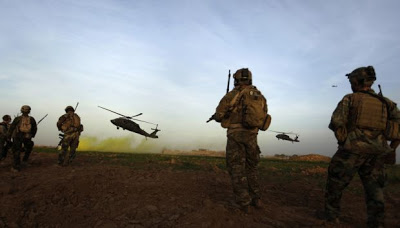 With the 20th anniversary of the Afghanistan war now just around the corner, Americans might reasonably wonder whether the nation’s longest war is ever going to end. After carefully considering the question, two retired four-star generals, two former U.S. senators, three ambassadors, a former national security adviser, and several other august personages have weighed in with an opinion: not if they can help it.

Policy wonks who have been waiting with bated breath can now exhale: the congressionally mandated Afghanistan Study Group (ASG) has published its findings. The panel of grandees comprising the ASG has produced a most handsome document. Just days after its appearance, however, their handiwork already appears likely to disappear without making any serious impact. Given the temper of the moment, with Washington preoccupied with Donald Trump’s second impeachment trial and the early doings of the Biden presidency, this hardly rates as a surprise. In the larger constellation of American politics, Afghanistan just does not rate as a pressing matter.

Yet before this report vanishes altogether, let’s pause to examine its principal findings. Doing so offers insights into the collective mindset of a foreign policy establishment clinging desperately to the residue of American global primacy even as evidence showing that the unipolar order is gone for good continues to accumulate.

Interested in knowing what members of that establishment learned from the serial disappointments of recent decades? The ASG offers an answer: not much. In Afghanistan, the study’s authors write, “The United States and its international allies have made mistakes that are well documented,” yet they never bother to identify any of those mistakes or explore their significance. The ASG passes over in silence any lessons policymakers might have learned from past errors in judgment or from initiatives that went awry. They wipe the slate clean.