The False Dichotomy of Voting

The False Dichotomy of Voting 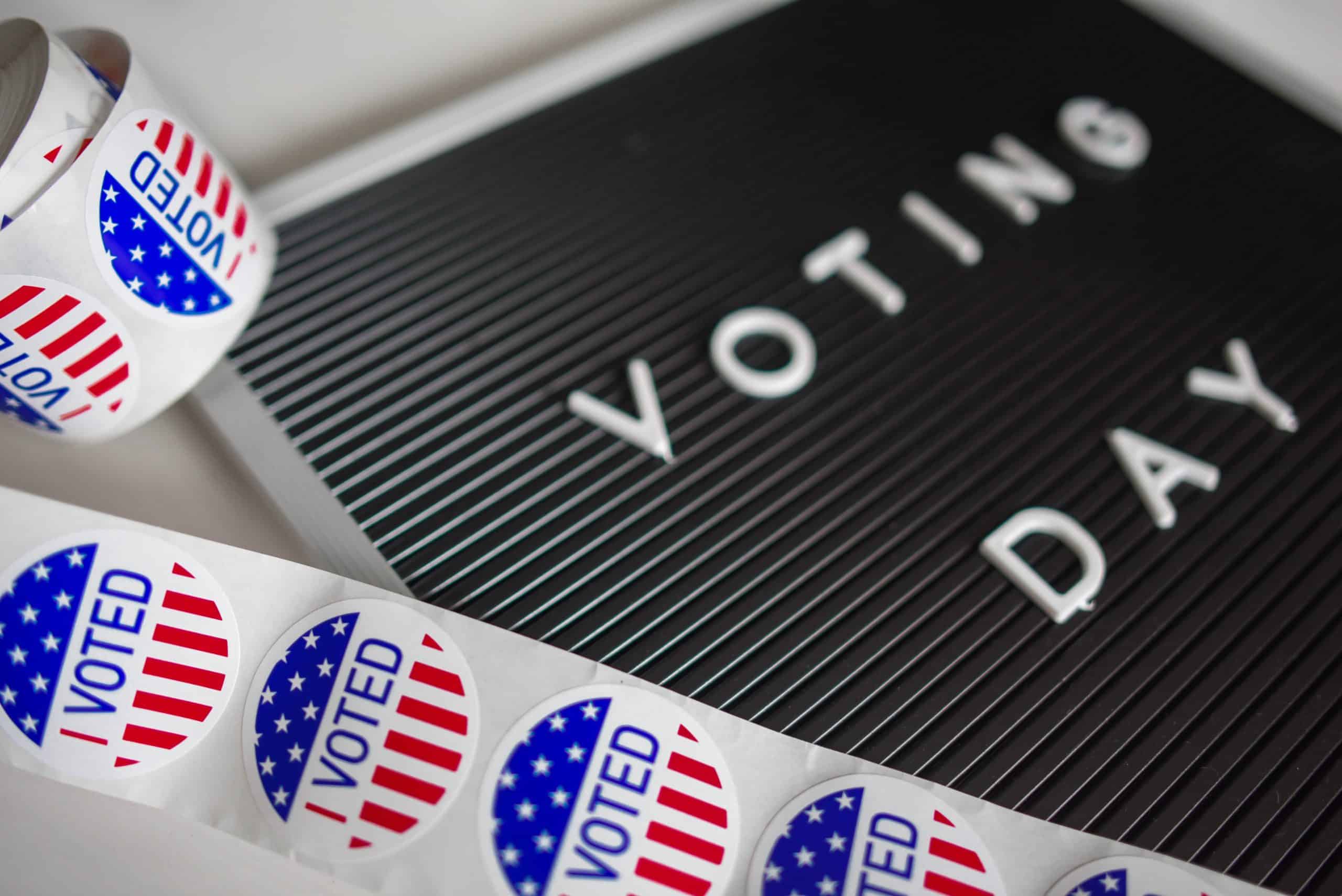 A false dichotomy is when one is presented with two options as if those were the only options. American presidential elections present voters with a false dichotomy. This election, we are led to believe that Donald Trump and Joe Biden are the only real options for the next president of the United States. Granted, one of them will win, so, conceding this circular logic, even the naysayers have to admit that “the system” has worked in so far as it will produce a president from one of the two major parties.

But this is a false dichotomy because every four years the game is rigged to give voters two pre-arranged choices, and probably two choices of which we all had little input. There are primaries and caucuses and conventions, but all of this is only about narrowing down the options to two: Option A and Option B, like a boring grade school quiz. In states where anyone can vote in primaries—i.e. open primaries—oftentimes voters will vote for the weakest candidate from the opposite party to stack the deck in their favor for when the candidate from their party eventually runs. This is relevant because it undermines democracy at every turn; which isn’t to say that most libertarians are so high on democracy in the first place, but if the rest of the country is going to hold up “fair and open elections” as the pinnacle of the free West, then they should at least be honest about how democratic democracy is.

Readers may recall the Republican field in 2015 and 2016, which included notables such as Ted Cruz, Marco Rubio, Jeb Bush, and Rand Paul. Most voters would have been crazy at the time to predict that Donald Trump would beat any of these names and win the election. In other words, it’s fair to say that many Republicans along the way did not vote for Trump in state primaries. SNL mocked his debate performances, celebrities (and Barack Obama) arrogantly asserted again and again that “Donald Trump will never be President.” And yet, he is. Some contingency, whether private donors, self-interested corporations, or the “Silent Majority” in flyover country, managed to elevate Trump to office 2016. But it seems odd to call this process democratic when most mainstream Republicans (which is to say centrist and party-line) were working hard behind the scenes for other candidates. We might also be interested to see how many primary voters voted for a different Republican before eventually voting for Trump in the general election.

All of this doesn’t even account for the contingency on the left who believed Bernie Sanders was unfairly pushed aside both in 2016 and 2020, in favor of more “electable” and party-loyal candidates. In short, what we called democracy in 2016, and what we’ll call it this election cycle, is not really “the rule of many” at all, it is a duopoly that, as Patrick Henry said of the Constitution, “squints toward monarchy.”

Oftentimes voters think their vote is an expression of their individualism, their freedom as Americans, and their influence on an election. None of these is true. Elections present a false dichotomy. Voting may make one think that their vote does all of these things, and thus it may bring some psychic satisfaction or a sense of belonging to a group. But it’s not individualistic, it doesn’t expand their freedom, and a single vote never influences an election. What we saw in 2016 after Trump was the clear nominee, and what we see today since Joe Biden has become the Democratic nominee, is that voters bend their preferences and principles to fit the candidate, not the other way around. Maybe this is just anecdotal but when the Democratic field was wide open, I didn’t know anyone on the left who wanted Joe Biden. They wanted someone “progressive” like Elizabeth Warren, Bernie Sanders, Kamala Harris, or even Beto O’Rourke.

After Biden “won” the nomination (if we can call the Democratic convention process fair given unelected “superdelegates”), most voters on the left whom I knew still didn’t like him. He’s too old, he isn’t progressive, he has a bad record on crime and voted for the War in Iraq, many liberals said. And yet, we all know they will still vote for him next week, if they haven’t done so already. For the voters I’m describing, how is voting for a candidate they never actually preferred until now an expression of their individualism? For that matter, how is doing something that at least 50 million other people will do “individualistic”? The American voter has less realistic options on a presidential ballot than their second grade kid has on a multiple choice test. This is democracy?

Voting is not about freedom. Voting confers legitimacy on the most powerful man on earth. This man can start wars, can send drone bombs to kill people overseas, can authorize domestic spying and nearby torture, can enact tariffs that just make domestic prices higher, and can appoint unelected and unaccountable judges to the highest bench in the United States. If we go back in time a bit, apparently the president can also order the internment of whole groups of Americans simply based on their race. And they can also choose to drop atomic bombs on women and children. How is voting for this office an expression of freedom?

Yes, we have the “freedom” to vote, the same way we tell our children they have the “choice” to obey. It’s presented as freedom, and as a choice, but it’s really not. It’s a false dichotomy that is self-supporting and self-perpetuating. If every election is “the most important election of our lifetime,” then we can never “sit this one out.” We can never not vote. We can never vote for a third party candidate because doing so, according to left and right, only helps the opposition. So we can and should and have to vote for a candidate that, all things considered, we don’t really like or want, but because we live in a “democracy,” he is the best we have. And this is freedom? There’s more freedom in choosing a coffee creamer than choosing a president.

A single vote does not influence an election. As I’ve suggested previously, voting incurs an opportunity cost, which, while potentially small, necessarily means we can’t do something else while we’re spending time voting or toward the election process. If one works on a campaign, or at a phone bank, or puts up signs, or anything else beyond just voting, their opportunity cost goes up even more. Maybe to some this is worth it, but if voters confronted the reality that their single vote doesn’t matter, I doubt any opportunity cost would be worth it.

The response, then, is “if everyone thought this way no one would vote.” This is true, and would happen, but this isn’t what really happens. Millions of people are going to vote in every election for the foreseeable future. But, their vote only matters as part of a group, not as a single vote. One’s vote is always on the margin, that is, negligible in terms of its influence. If 250,000 people vote for Candidate X in your county or district, and then you also vote for Candidate X, your vote didn’t do anything more to help him or her get elected. It is insignificant. Therefore we have to realize that unless we can get a whole lot of people to vote the way we do, then our single vote doesn’t influence an election.

If I went and voted for Jo Jorgensen, the Libertarian candidate, it might bring me personal satisfaction, but it won’t help her win. She’s not going to win. So we see then that unless I get millions of people in Texas to vote for Jo Jorgensen, my single vote won’t have any effect on the election. This is true of mainstream candidates as well. In most districts in Texas, for example, if I vote for Trump, I’m only doing what everyone else is already doing, and thus my marginal vote doesn’t help him win; and if I vote for Biden, knowing that in most districts Trump will win easily, then I’m also having no effect on the outcome. Voting only matters in groups, and thus the idea that our individual vote influences elections is simply not true.

As I’ve said before, if someone votes out of self-defense because they want to keep their money, or they think a candidate will not wreak as much havoc as the other, this is completely understandable. Voting doesn’t make you a bad person, and all of us live in a very undemocratic system where money and power present us with two real options and then tell us to pick one. And they call this “choice,” democracy, and freedom. So given the unfortunate situation, we can understand why many voters vote for the “lesser of two evils.” For that matter, voting for a Republican or Democrat is the only way a voter can have even a fractional (though negligible) effect on an election.

But it’s still a false dichotomy to say that we have to vote for one or the other. We can vote for a third party, we can write someone in, or we can join the largest political group in the country: non-voters. Not voting is a vote: it’s a vote of no confidence. So whether we vote or don’t vote in this year’s presidential election, let’s all admit the presence of this false dichotomy, and also the deflating reality that a single vote doesn’t do what we often think it does.