The Impossible Burden of the US Regulatory State

The Impossible Burden of the US Regulatory State 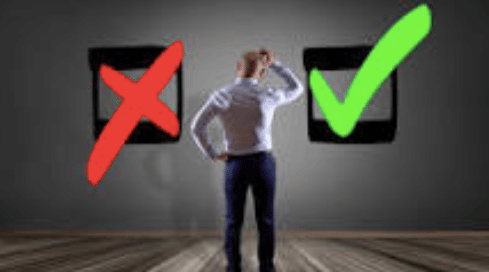 Following the infamous Enron and Arthur Anderson scandal of the early 2000’s our wise overlords enacted legislation to prevent history from repeating itself.

The overreaction of Congress, to a couple of bad actors committing things that were already illegal, is a piece of legislation called the Sarbanes Oxley Act. If you are unfortunate enough to stumble across a reference to this albatross, you will generally see this abbreviated as SOX.

SOX basically allowed congress to relinquish most lawmaking authority related to accounting to the SEC, and not so secretly, but relatively unknown outside of the accounting profession, the SEC then pawned this responsibility off on a “private” organization of their own creation called the Public Company Accounting Oversight Board or PCAOB.

As with any legislation, both small and sweeping, there are a number of unintended consequences. According to one accounting firm in Ohio, Cassady Schiller and Associates, the cost to go public is about $1 million initially and an additional $1 million annually for compliance. This expense is massive for any company, regardless of size, but especially for a small business owner. This acts as a barrier for small companies to raise money, increase market share and to create jobs.

Keeping track of the ever-expanding list of accounting standards is even more difficult without an army of accountants, lawyers, and IT professionals. Many of these new standards are more or less pointless, and if there is a point the standard is generally cumbersome, and implementation is a headache for even the largest firms.

The most egregious example in recent memory is technically referred to as ASC 842. This standard is so overdone that one of the largest accounting firms in the world, PwC, released a document to “explain” the ins and outs of the standards. If you are having trouble sleeping, feel free to print out the 316 page behemoth and thumb through it. For the non-accounting people in the world, there is no universe where a 316-page explanation should be required to explain Lease Accounting.

Leases have been accounted for the same way since leases were invented, and now some bureaucratically appointed bureaucrats decided it was not good enough.

Personally, I work as an accountant for the largest firm in its respective industry and the cost to implement this standard has been extensive, and nearly a year after this standard went into effect the challenges are still apparent. I have even seen job listings on LinkedIn and other places for Lease Accountants. Accountants do not like to work for cheap, so having a full-time lease accountant on staff is budgetarily prohibitive for most firms.

Along with the private/public banking cartels, military industrial complex, and the ever-expanding police state that us liberty minded folks like to rail on, and rightfully so, it is important to not let the boring stuff like business regulation fall by the wayside.

Phillip Pittman is an Accountant, Consultant, and serial entrepreneur. He is the Father of three kids and has a beautiful wife. They all live in the Metro-Atlanta Area.

Phillip can be reached at phillip@theupsizedown.com