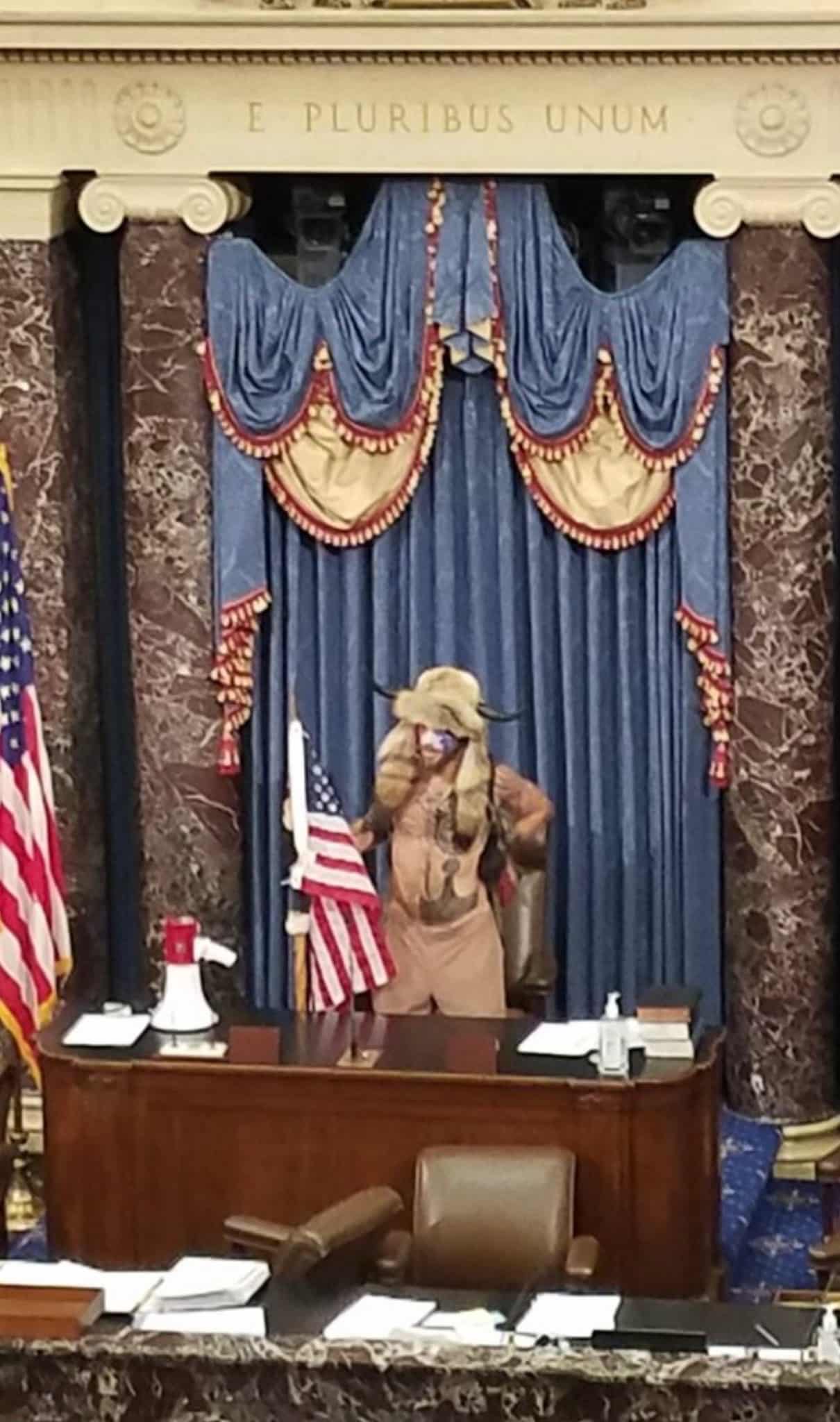 Okay, this was funny though.

Somebody still needs to get a memo to the Justice Department about the so-called insurrection at the Capitol on January 6 because it has yet to charge anyone with that offense. All I is see is a range of criminal offenses like disorderly conduct, assault, trespass, illegal gun possession, and “conspiracy” to commit these types of offenses. (Question: How come no one ever accuses the Justice Department of being a “conspiracy theorist,” given the countless times it charges people with conspiracy?) Yet, all we continue to hear from the mainstream press and the liberal (i.e., progressive, leftist, socialist) establishment is that the protestors were hell bent on taking control of Congress.

How can anyone really buy into this nonsense, especially when the Justice Department and its grand juries are not? It’s like these people live in an alternative universe in which they convince themselves of a false reality and then all reinforce it to each other.

By now, we are all accustomed to what happens when someone wants to kill people. He takes a high-powered rifle or a handgun and starts shooting people. Columbine comes to mind. So does Las Vegas. There are many other examples.

That’s what people who were hell bent on taking control over the Capitol would have done. They would have gone into the Capitol and begun shooting and killing people. They didn’t do that. At most they did what the Justice Department is accusing them of doing — committing disorderly conduct, trespass, assault, etc.

Let’s assume the worst and imagine that the trespassers had entered the Capitol and begun shooting people, with the aim of taking control over the Capitol. Despite the manifest fears expressed by the mainstream press and the liberal establishment, there was zero chance that they would have succeeded in their ultimate aim.

The Capitol would have been surrounded by FBI officers and National Guard troops. There might have been negotiations for surrender. There might have been a siege in which the malefactors were denied food and water. But the final outcome would never have been in doubt. If the marauders refused to surrender, law-enforcement officials and National Guard troops would have stormed the Capitol and retaken control of it. Protestors who survived would have been charged with such crimes as insurrection, kidnapping, and murder.

A much more interesting and different situation, however, would have occurred if President Trump had orchestrated a violent and deadly takeover of the Capitol with the expressed aim of remaining in power as president. In that case, you would have had what many people in the mainstream press and liberal establishment were fearing in the run-up to inauguration day — a situation in which Trump was refusing to give up the reins of power and, in the process, orchestrating the violent takeover of the Capitol by his supporters.

That possibility was undoubtedly the reason the Pentagon decided to issue its public declaration that Joe Biden was going to be the new president of the United States. (See my article “The Pentagon Speaks.”) The Pentagon’s statement was essentially a declaration to Donald Trump: Don’t even think about it.

What if Trump had ignored the Pentagon’s pronouncement and proceeded to remain in power and have his supporters violently take control over Congress? How could law enforcement officials and National Guard troops act to remove the marauders from Congress without lawful orders to proceed, especially when their commander-in-chief was ordering them to cease and desist?

To understand what then would have happened, we can turn to what occurred on 9/11 in 1973 in Chile. The national-security branch of the government was insisting that the president of the country, Salvador Allende, step down in the middle of his term. Allende refused, and a war broke out between two branches of the national government — the executive branch and the national-security branch.

The national-security branch surrounded Allende’s position in the National Palace with tanks and infantry and began firing at his position. Air Force jets fired missiles into the palace with the intent on killing Allende.

For his part, Allende, who was wearing a military helmet and firing a high-powered rifle, valiantly fought back, along with some loyal aides. But they never had a chance against the overwhelming power of the military-intelligence branch. When the war was over, Allende was dead and many of his aides were captured, imprisoned, tortured, and reeducated.

As we now know, that Chilean coup was instigated and supported by the U.S. national-security establishment. In fact, when the overall commander of Chile’s armed forces, Gen. Rene Schneider, stood in opposition to the coup because of his duty to support and defend the Chilean constitution, U.S. national-security state officials conspired to have him violently kidnapped to remove him as an obstacle to the coup. Schneider was shot and killed during the kidnapping attempt.

Thus, what happened to Allende is precisely what would have happened if Trump had decided to remain in office and have his supporters take violent control over the Capitol. The message that the Joint Chiefs of Staff were delivering to Trump with their proclamation that Biden was now the new official president was that Trump, if he decided to remain in power, was going to meet the same fate that Allende met at the hands of the Chilean military-intelligence establishment.

In other words, if Trump had chosen to remain in power, as his critics feared he would, the Pentagon would have ordered tanks and infantry to surround the White House and begin firing on the president’s position, just like what happened in Chile. Air Force jets would have begun firing missiles into Trump’s position in the White House. While Trump and his supporters would have tried to fight back, they never would have had a chance, any more than Allende did. The overwhelming power of a national-security establishment makes it the ultimate decider of who is going to be in power.

Maybe Trump never seriously considered it, as his critics feared. But if he did, he was smart to see the handwriting on the wall and not to try it. At the end of the war, he would have lost, just like Allende did. And those who had supported Trump and who survived would then have been charged with insurrection.