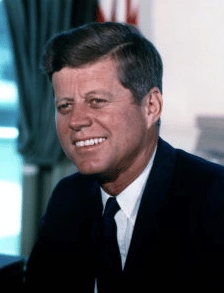 Fifty-six years ago today, President John F. Kennedy was shot dead on the streets of Dallas, Texas. The official story is that a lone nut named Lee Harvey Oswald, without any motive, committed the assassination. During the past several decades, however, the overwhelming amount of circumstantial evidence, much of which was intentionally kept secret, points to a national-security regime-change operation to oust Kennedy from office and elevate Vice President Lyndon Johnson to the presidency.

That was the purpose of my best-selling book several years ago, The Kennedy Autopsy, which was a synopsis of a watershed five-volume assassination book entitled Inside the Assassination Records Review Board by Douglas P. Horne, who was a staff member of the ARRB in the 1990s.

The ARRB was the agency that Congress called into existence to enforce the President John F. Kennedy Records Collection Act of 1992, the law that required the CIA, the Pentagon, the Secret Service, and other federal agencies to disclose assassination-related records that such agencies had insisted on keeping secret since the day of the assassination. The law was enacted in response to the public outcry produced by Oliver Stone’s movie JFK, which posited that the assassination was a national-security regime-change operation carried out by the U.S. national-security establishment. At the end of the movie was a blurb pointing out the national-security establishment’s continued secrecy with respect to its assassination-related records.

The Future of Freedom Foundation recently published my new book The Kennedy Autopsy 2: Lyndon Johnson’s Role in the Assassination, which builds on the mountain of circumstantial evidence surrounding the president’s autopsy supporting the thesis developed by Oliver Stone in his movie and by Douglas Horne in his five-volume book. Specifically, my new book documents the circumstantial evidence pointing to the role that Lyndon Johnson played in the assassination.

Now, before anyone cries “Conspiracy theory!” which is the term that the CIA promoted early on to its assets in the mainstream press to dissuade people from questioning the official version of the assassination, consider the following:

The purpose of an autopsy is to determine the cause of death, which includes a determination of where the bullets were fired from. Since this was a state murder case, Texas law required that an autopsy be conducted on President Kennedy’s body. That duty fell to the Dallas County Medical Examiner, Dr. Earl Rose, who was one of the most competent pathologists in the country.

As soon as Kennedy was declared dead, however, a Secret Service team had the president’s body placed in an expensive, ornate casket and began taking it out of Parkland Hospital. Rose refused to permit them to do that, standing in their way, and declaring that he was required by state law to conduct an autopsy on the president’s body. In loud, screaming voices, the Secret Service team made it clear to Rose that they were operating under orders to take the body back to Washington without permitting Rose to conduct his autopsy. When Rose continued standing his ground, the Secret Service agents pulled back their suit jackets and brandished their guns. Screaming, yelling, and issuing a stream of profanities, they forced their way out of Parkland Hospital with Kennedy’s body, in direct violation of Texas law.

Waiting at Love Field was Lyndon Johnson, who was having seats removed from the back of Air Force One to make room for the casket. That meant that he knew that the casket was coming, which is virtually conclusive proof that he was the one who issued that order to that Secret Service team before he departed from Parkland Hospital.

Johnson himself was actually the very first conspiracy theorist in the Kennedy assassination. When he was at Parkland Hospital waiting to see if Kennedy would die and then later on the way to Dallas’s Love Field, Johnson raised the notion that the assassination might be the first step in a nuclear attack by the Soviet Union on the United States.

Yet, Johnson’s own actions establish that he knew that his conspiracy theory was bogus. When he arrived at Love Field, he had his personnel transfer everyone’s luggage from his plane — Air Force Two — to Air Force One, so that he could ride on the presidential plane rather than the vice-presidential plane. Yet, both planes were identical. He also took the time to find a federal judge to swear him in, despite the fact that the U.S. attorney general, Robert Kennedy, had advised him that no such swearing in was necessary. Johnson also took the time to wait for the casket to appear and be loaded onto Air Force One.

Does that sound like a man who was concerned that Soviet missiles might possibly be raining in on the United States, including one being aimed at Dallas, Texas? Wouldn’t a president who was genuinely concerned about such a possibility have gotten up into the air immediately in order to conduct America’s defenses to such an attack? Despite his words, Johnson’s actions indicate that he was certain that the Soviets played no role in the assassination. There could only be one reason for such certainty, even while promoting what he knew was a bogus conspiracy theory.

When Air Force One landed in Maryland, Johnson ensured that the president’s body be turned over to the military rather than to civilian authorities. Why? America isn’t a military nation. It’s a civilian nation. The United States wasn’t at war, and Kennedy hadn’t been killed on the field of battle. Why the military instead of a Maryland or Washington, D.C., medical examiner?

After the House Select Committee Hearings on the Assassination, which reopened the investigation into the assassination, several enlisted men came forward and told a remarkable story. They said that they had secretly carried the president’s body into the Bethesda morgue in a cheap, military-style shipping casket similar to the ones being used to bring back bodies of U.S. soldiers being killed in Vietnam. They said that they carried the body into the morgue about 6:35 p.m., which was approximately 1 1/2 hours before the body was officially carried into the morgue at 8 pm in the expensive, ornate casket into which the body had been placed in Dallas. They said that military officials had sworn them to secrecy, forced them to sign written secrecy oaths, and threatened them with court martial and criminal prosecution if they ever told anyone what they had seen and done.

In the 1990s, the ARRB uncovered a written document prepared by a Marine sergeant named Roger Boyajean, which had been prepared soon after the autopsy. The document confirmed that the president’s body had in fact been secretly carried into the morgue at 6:35 p.m. Boyayean himself confirmed to the ARRB the authenticity of the document and the event itself.

One of the three autopsy physicians, Col. William Finck, later testified that on the evening of the assassination he received a telephone call from Commander James J. Humes, who was one of the other autopsy physicians. The purpose of the call was to request Finck to assist with the autopsy. The call was made at 8 p.m., which was the same time that the president’s body was officially being carried into the morgue in the expensive, ornate Dallas casket.

The ARRB summoned a woman named Saundra Spencer to testify. On the weekend of the assassination, she was a U.S Navy petty officer working in the U.S. Navy’s photography lab in Washington, D.C. She had a top-secret security clearance. She worked closely with the White House on official photographs, including top-secret ones. No one has ever questioned the veracity, competence, and professionalism of Saundra Spencer. It would be virtually impossible to find a more credible witness.

Under oath, Spencer told the ARRB a remarkable story. On the weekend of the assassination, she was asked to develop photographs of the autopsy carried out by military officials on President Kennedy’s body. She was told that her role was a highly classified operation. For some 30 years, she had kept the secret.

The ARRB showed Spencer the military’s official autopsy photographs. She carefully examined them. She testified directly and unequivocally that the photographs were not the ones she developed on the weekend of the assassination. The ones she developed, she said, showed a massive exit-sized wound in the back of President Kennedy’s head, which implied a shot having been fired from the front.

For much more on the events surrounding the autopsy as well as the events leading up to Lyndon Johnson’s dramatic announcement that he was dropping out of the 1968 presidential race, read my new book The Kennedy Autopsy 2: Lyndon Johnson’s Role in the Assassination.