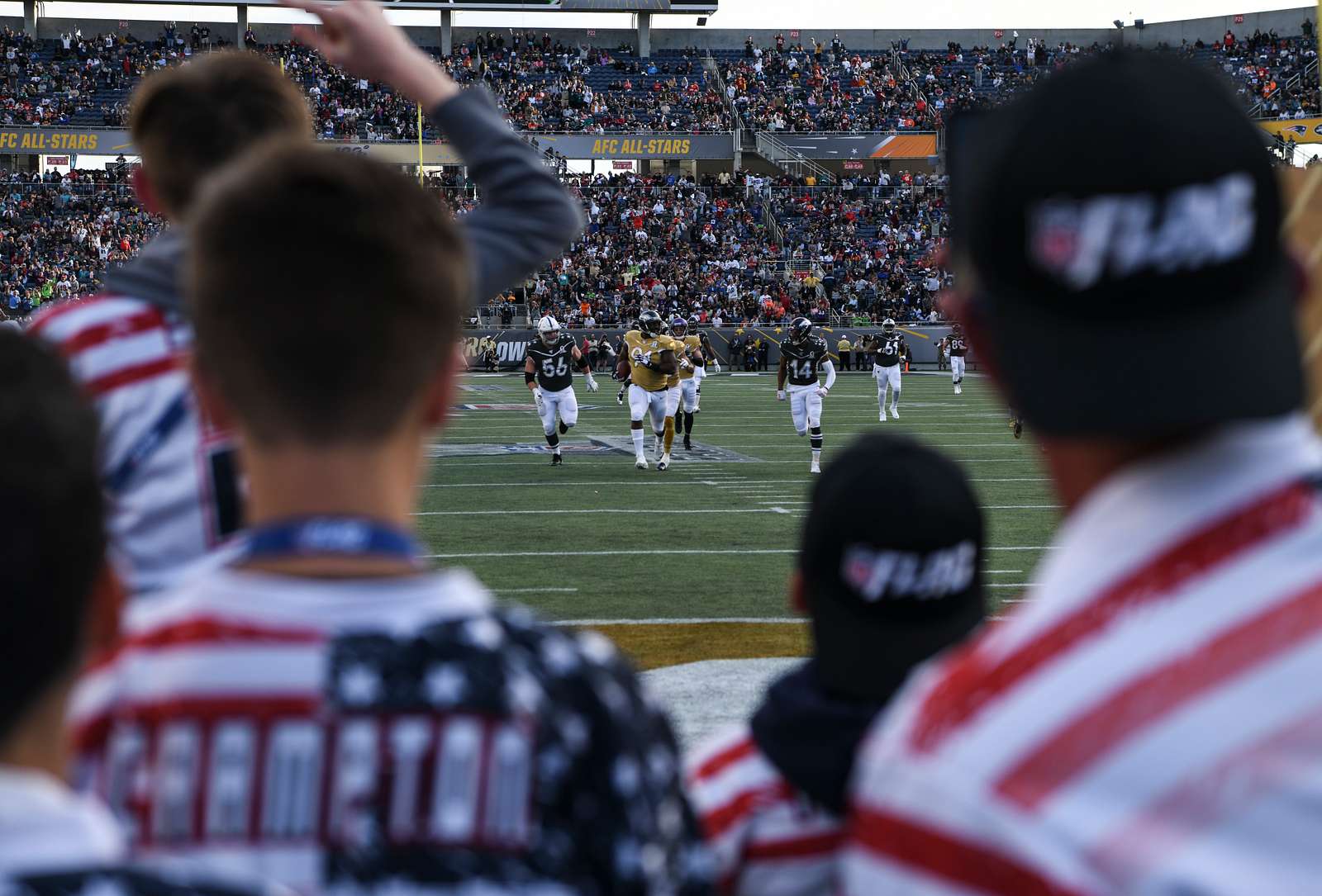 The National Football League (NFL) is a massive, capitalist endeavor. It provides wildly profitable entertainment, is adept at steering taxpayer money its way, and is a premier collaborator in our participatory fascist social order.

Capitalist culture is relentlessly anti-capitalist. As such, the NFL (a privately owned organization) makes for a good villain. Hollywood cast it as the “Evil Corporation” in the 2015 film Concussion.

The film features this line:

The NFL owns a day of the week. The same day the Church used to own. Now it’s theirs.

The implication that the NFL is as powerful as the medieval Catholic Church is downright adorable. Because, whereas skeptics raised reasonable doubts about the existence of the Christian God, no one doubts the existence of the deity the NFL venerates in its 32 tax-subsidized, stadium-temples. It’s called the Pentagon and it is vastly more powerful than the Holy Catholic Church ever was. It’s an actual god in our society, the Apollo to our American Zeus: mass democracy.

Democracy might be the God that failed to secure individual liberty, but it sure is good at securing national security budgets. Its think tank-monasteries are filled with obedient intellectuals who generate pro-imperial discourse. Its Hollywood rhapsodes praise the power of D.C. and its primacy. And the NFL is expert at providing a space for citizens to worship permanent militarism.

There are ceremonies, fly overs, and moments of silence. There are full-field flag displays, upbeat soldier profiles and always, always, always the National Anthem.

The military previously paid the NFL for its PSYOP services. Following congressional controversy, the payments reportedly stopped. These days the NFL is just doing its unpaid, patriotic, participatory fascist duty. The effect is the same: public reverence for the war machine.

To be sure, the NFL might have engaged in negligence and fraud as its players suffered concussion related dementia, but the U.S. military has killed millions of children. And while there has been an alarming trend of suicide among NFL employees, since the 9/11 attacks combat soldiers and veterans have killed themselves in the tens of thousands. Four times as many soldiers have killed themselves than have been killed in combat.

The worst thing about the NFL is its relationship to government, but Hollywood would have us believe it to be an uber villain in its own right. A demon that must be held to account…by the government.

The Evil Corporation trope is fun because corporations have been implicated in much evil.

But who created the modern corporate model? The government, that’s who. As Chalmers Johnson explained:

The multinational corporation partly replicates one of the earliest institutions of imperialism, the chartered company. In such classically mercantilist organizations, the imperialist country authorized a private company to exploit and sometimes govern a foreign territory on a monopoly basis and then split the profits between government officials and private investors.

Lockheed Martin and Raytheon haven’t been put in charge of Ukraine, nor were Exxon Mobil and the Heinz Corporation made proconsuls of Venezuela. But they certainly reap the benefits of America’s benevolent global hegemony.

Yet our government likes to beat up on the corporations. Congress dragged NFL Commissioner Roger Goodell before it this summer. Critique Goodell all day long, sure, but he’s not responsible for losing the Afghanistan War.

In spring, Congress set its sights on the Hertz car rental corporation. Hertz also uses football to market itself (and always pays for it), but this didn’t protect it from being cast as the Evil Corporation by the U.S. Senate. While Hertz might have initiated false arrests (conducted by government police employees), this scandal is nothing compared to the massive injustice of the federal government’s decades long War on Drugs.

Come the Super Bowl, academics, pundits and talking points-sayers will obsess about its corporate advertisements. Never forget what the NFL is primarily selling: imperialism, militarism, and war without end.